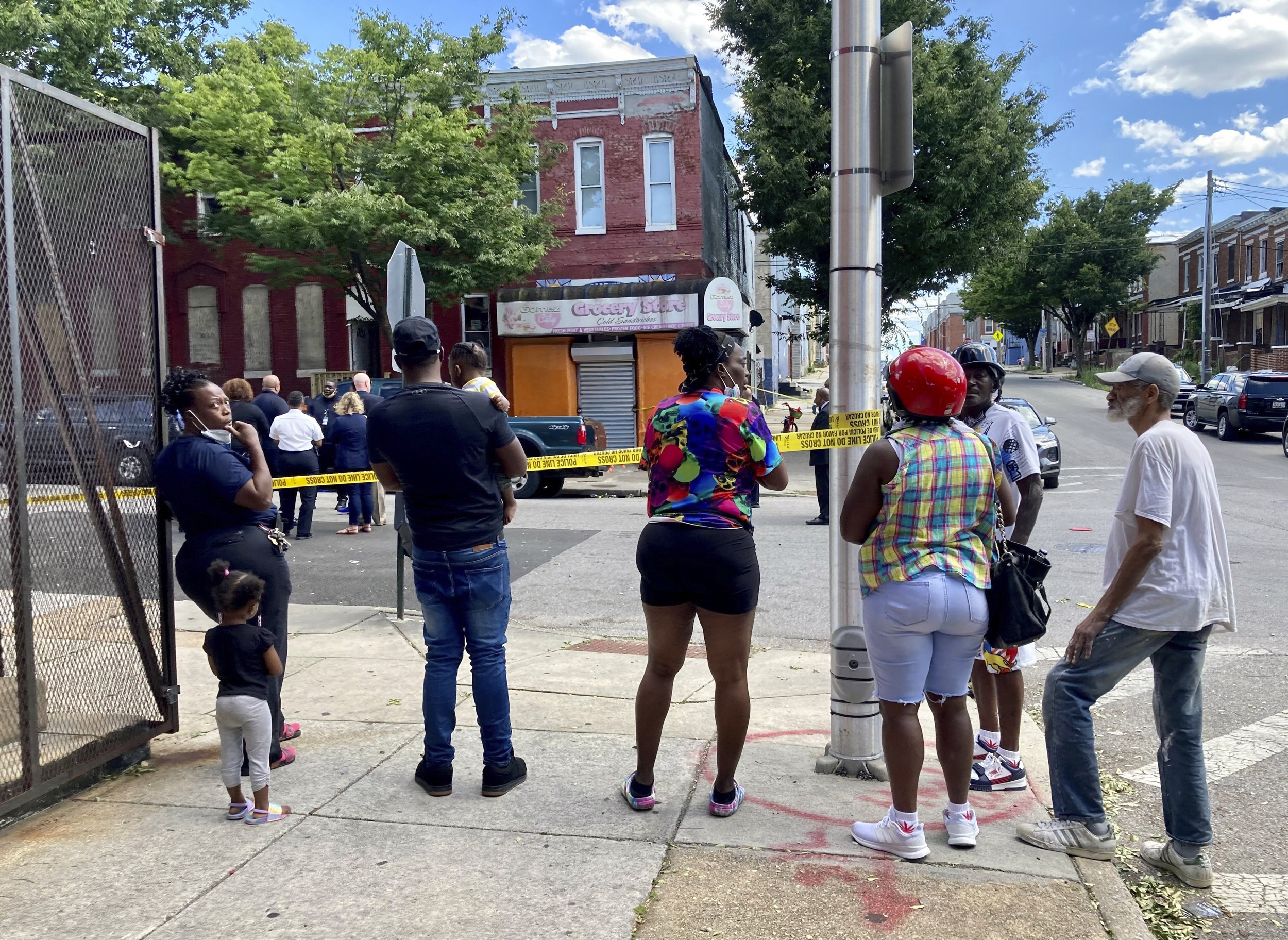 BALTIMORE — One person was killed and five others were wounded Wednesday when gunmen walked up a street and opened fire on a Baltimore block from an intersection, the city’s police commissioner said.

Officers responded to reports of gunshots after 2 p.m. ET Wednesday and found two people shot in a west Baltimore neighborhood, Commissioner Michael Harrison said. Those two were taken to hospitals, and the four others arrived separately in private vehicles, he said.

So far investigators have learned that the six people were together on the tree-lined block of rowhouses when at least two or three people began firing into the block, Harrison said. He added that the shooters then fled.

Officers were canvassing in the neighborhood and collecting evidence, Harrison said.

He declined to release the identities of those who were shot, but said the youngest victim is 16 years old and the oldest is 44. The teen’s injuries were not life-threatening. While the other victims were in critical condition, they were stable, according to police.

He urged people with information about the shooting to contact police. In particular he urged people to tell police “who are the individuals responsible for a very brazen, very cowardly act of shooting indiscriminately into a block where they struck six people. They could have potentially hit and killed many others.”

Mayor Brandon Scott said he and the commissioner had recently visited the area to talk to residents about working together on this issue.

“We know that this is an unfortunate thing that happens in this area of west Baltimore,” Scott said. “We will not and cannot accept that.”

Scott said he wanted to impress on everyone, particularly young men, that Baltimore can be a place “where we don’t continuously allow people that we know to be so weak that they will shoot six people, that they are so weak that they’re afraid that their basic little conflict that could have bruised their ego from some petty dispute can end in a loss of life.”

The shooting continues a recent spate of shootings since last Friday in cities including Chicago; Austin, Texas; and Savannah, Georgia. The attacks have stoked concerns that a spike in U.S. gun violence could continue into the summer as coronavirus restrictions have eased across much of the nation.