RACINE, Wis. (CBS 58) — There was mass chaos in Racine Thursday as a funeral service was interrupted by a barrage of gunfire.

No suspects are in custody.

Two people were shot. One victim was treated and released. Another victim was flown to a Milwaukee hospital, their condition is not known.

In response to the shooting, Racine Mayor Cory Mason instructed the police department to actively enforce the juvenile curfew ordinance, meaning anyone under 18 must be home by 11 p.m.

The funeral was being held for Da’Shontay King, who was shot and killed by Racine police in mid-May after he fled a traffic stop. His family was preparing to bury him Thursday when a sustained burst of gunfire sent the crowd running for their lives, interrupting the funeral and emptying the cemetery.

Tre Brantley was playing basketball at a nearby park. He said, “It was a barrage of gunfire, and we can hear bullets whistling past us.”

Brantley and his brother dodged bullets and ran for their lives as dozens of shots rang out.

A man across the street thought it sounded like a 21-gun salute.

A young woman nannying an 8-month-old child said it sounded like fireworks. She said, “I wasn’t positive what it was at first, but when I heard the single shots that’s when I knew exactly what happened.”

The young woman said, “I guess the fight or flight kicked in right away. I just immediately grabbed her and took off.”

This zoomed-in photo shows a white casket on a stand behind the red awning pic.twitter.com/We7QJnsQL3

Racine Police Sgt. Kristi Wilcox said, “I heard it was mass chaos here.  People were running, people just got in cars, and were screaming. I know we got multiple 911 calls that people were shot.”

Nearby Ascension All Saints Hospital went on lockdown as a precaution, and all of Graceland Cemetery was taped off.

The casket sat alone in the sun for hours as investigators walked shoulder-to-shoulder, combing the area for shell casings.

Sgt. Wilcox said, “We’re asking for calm and no retaliation of any kind. This city has seen enough right now, and we’d like to be able to rest for a little bit.”

At 2:26pm there were multiple shots fired at Graceland Cemetery. There are victims but unknown how many at this time. The scene is still active and being investigated.

We will update you when more details become available.

On the eve of National Gun Violence Awareness Day, the circle of those affected by gun violence widened again.

Tre Brantley explained, “My younger brother’s mom had told us not to come to Lockwood anymore, and we did. And we will probably not be coming back here.”

This video shows investigators walking shoulder to shoulder through the cemetery. Typically that means they’re looking for shell casings. pic.twitter.com/ctUk0NP2VL

The Racine Police Department is asking anyone with video of Thursday’s shooting to contact them. The department posted:

“If any citizen has any kind of video footage of the incident at Graceland Cemetery, please email Lt. Melby at Chad.melby@cityofracine.org and Sgt. Koepnick at Justin.koepnick@cityofracine.org. They will check their email and contact you regarding your footage. Thank you!”

Messages to Da’Shontay King’s family were not returned Thursday.

Nearly four hours after the shooting, his casket was quietly lowered into the grave.

Racine officials sent out the following statement regarding the curfew:

“Today’s heinous shooting at a cemetery while a family was already mourning the loss of a loved one is a new low for these perpetrators of violence in our community. The violence has got to stop! Revenge is not the answer. Ending gun violence is the top priority of the police department and my administration. I have spoken to the Governor and Attorney General to request more resources to support violence prevention. I am instructing the police department to actively enforce our juvenile curfew ordinance through the weekend. Anyone under 18 must be home by 11 PM. This violence must end. If you have any information about the horrific events of the today, I urge you to contact the Racine Police Department immediately.” 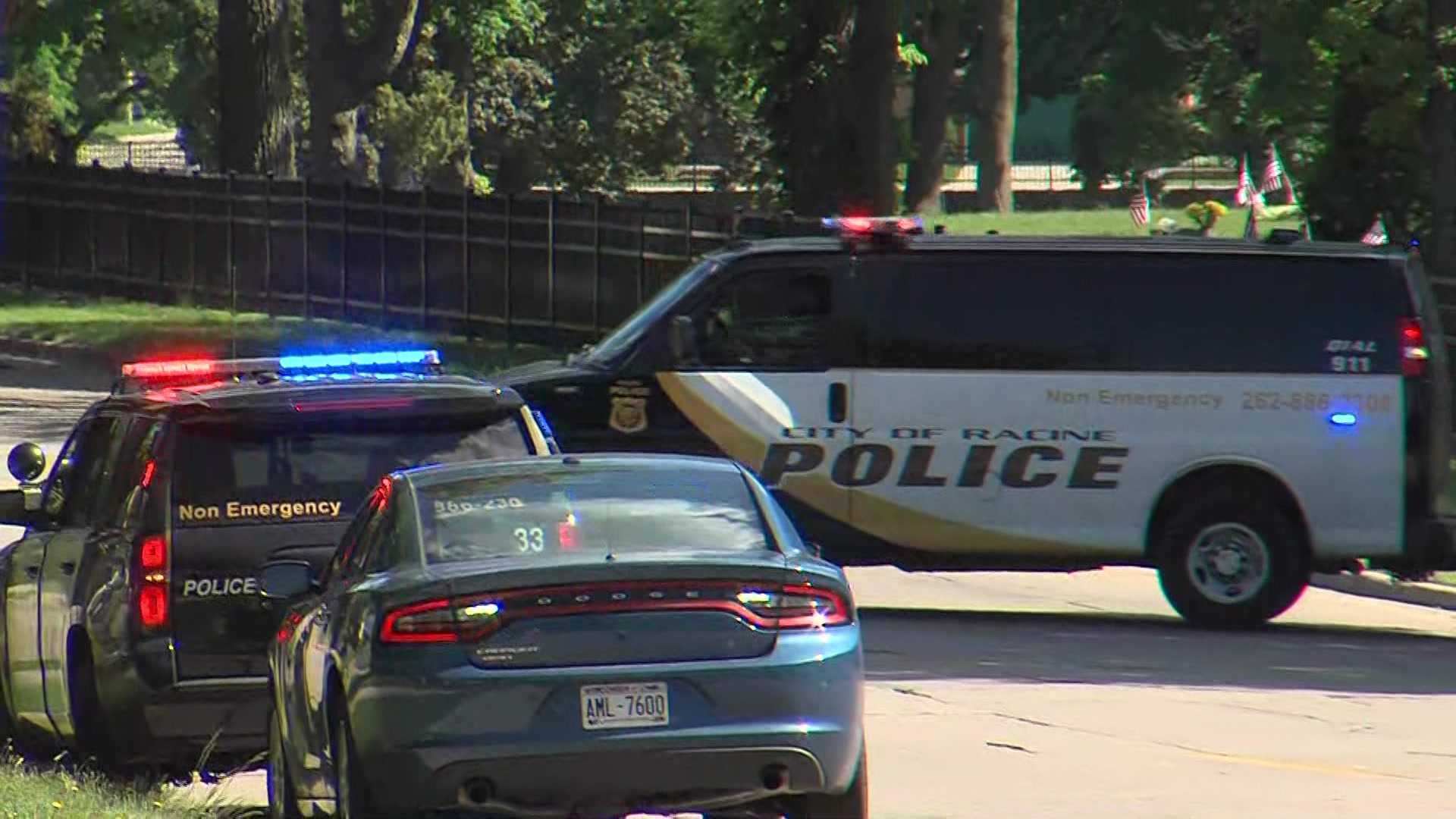