The fire started at 6:08 a.m. on Friday on the second floor of a building on Montague Street and quickly spread to the fifth floor.

Flames could be seen raging out of all floors as the blaze extended to a neighboring building.

Officials say FDNY units arrived on the scene within five minutes of the initial call. 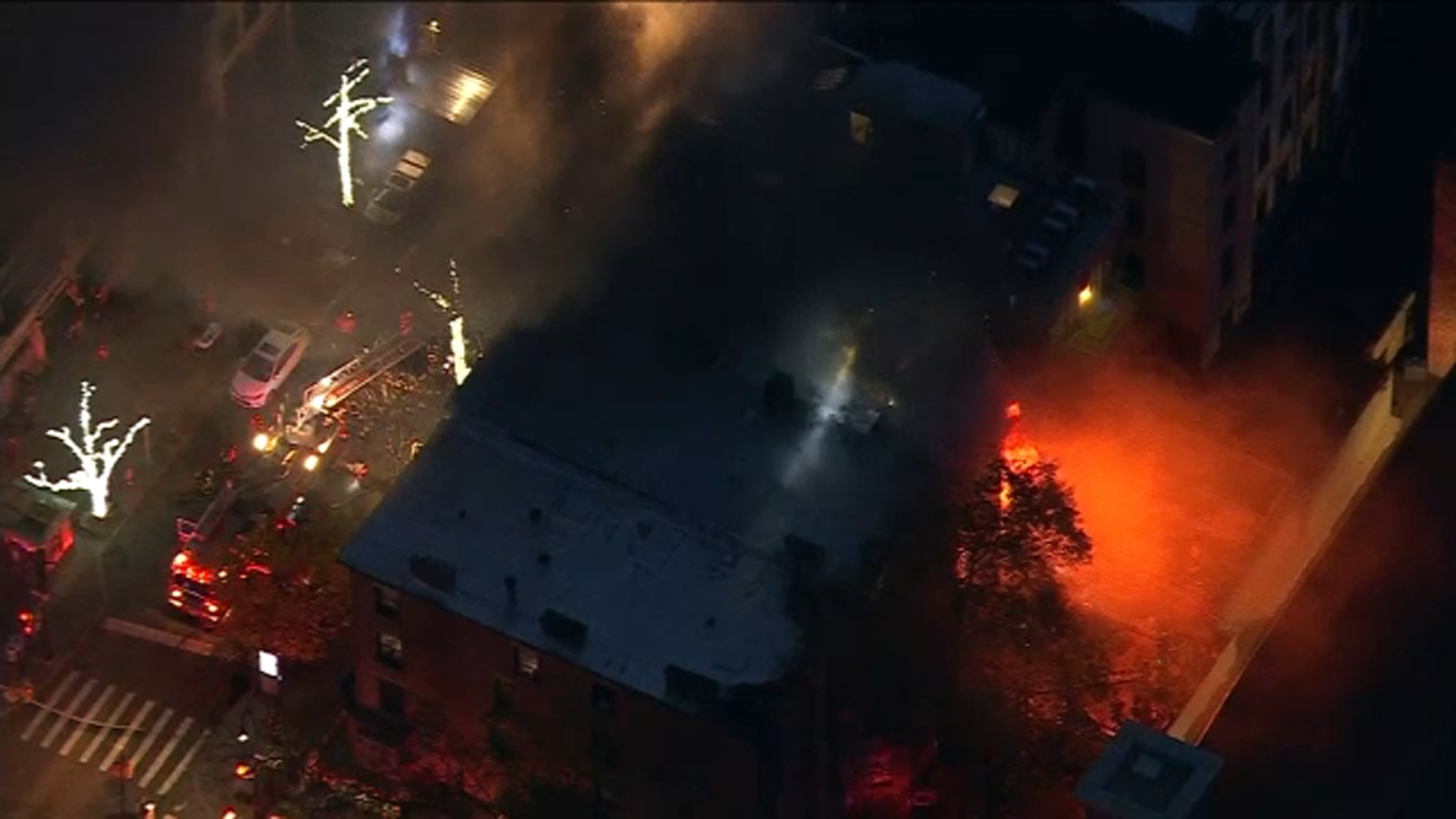 Firefighters were venting the building from the roof and had made entry into the building.

However, by 7 a.m. the roof of the building had partially collapsed and firefighters had to retreat.

The fire continued to burn out of control into the late morning hours before it was finally brought under control.
Three firefighters were treated for burns. One had a neck injury.

None of the injuries were believed to be life-threatening.

“We had a heavy smoke condition in the building, the location of the fire was not apparent. Our units went in and made an aggressive search and attack on the fire. The firefighters were operating under extreme fire conditions, a few of them got trapped and in the process were injured, we were quickly able to remove them. We wound up with fire on the second, third, fourth, and fifth floors,” said Chief of Fire Operations John Hodgens, FDNY.

The cause of the fire will be under investigation.