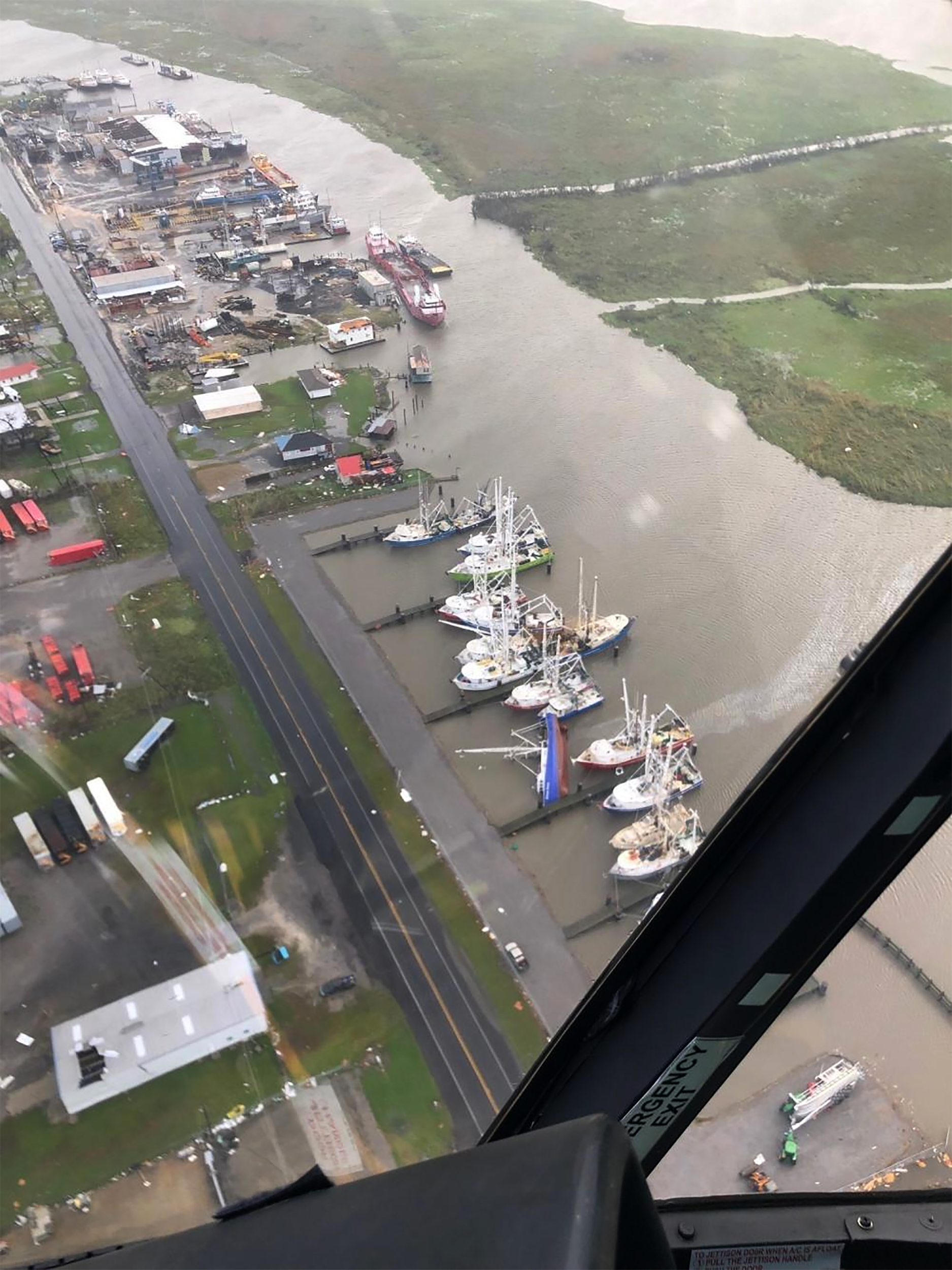 Shattered homes, debris-strewn streets and flooded communities along the Louisiana Gulf Coast were left in the wake of Hurricane Ida as rescuers worked to save the stranded Monday.

Aerial video and images showed some of the destruction from the Category 4 hurricane, which made landfall Sunday, including in LaPlace, west of New Orleans.

Almost 800 people were rescued from flooded homes or moved to safer ground in St. John the Baptist Parish where LaPlace, a community of around 29,000, is located, parish officials said.

More than 1 million homes and businesses, including virtually all of New Orleans, lost power. Officials in St. Charles Parish, also near New Orleans, said the power could be out there for a month.

The Coast Guard was conducting search-and-rescue overflights of the Gulf Coast.

At least two people have died: a man who was killed when a tree fell on his home and another who drowned while he was trying to drive around floodwaters, the state Health Department said. Both deaths are considered storm-related, it said.

Ida made landfall near Port Fourchon at about 11:55 a.m. local time Sunday with maximum sustained winds of 150 mph, according to the National Hurricane Center.

Utility company Entergy said Monday evening that the 150 mph winds caused catastrophic damage and that customers in the direct path of the hurricane could face outages for more than three weeks, although it estimated that power would be restored sooner for 90 percent of those affected.

“This will be a marathon, not a sprint,” Deanna Rodriguez, Entergy New Orleans’ president and CEO, said in a statement.

Gov. John Bel Edwards said he expects the number of dead to rise as damage assessments are made and searches are conducted. He said the recovery would take months.

Ida was one of the strongest hurricanes ever to make landfall in the region. It arrived the same day that Hurricane Katrina struck 16 years ago.