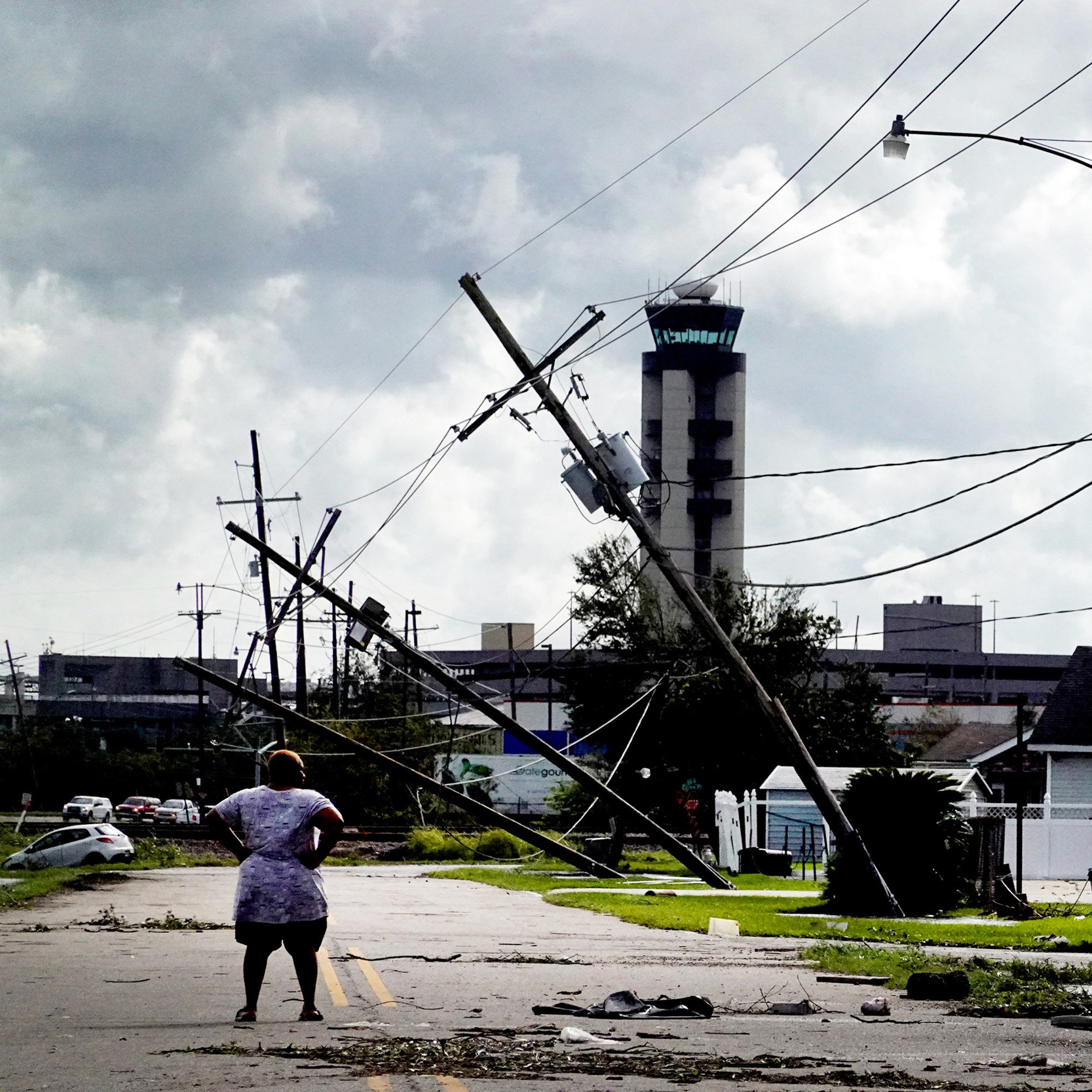 It could take days to determine how badly the New Orleans power grid was damaged by Hurricane Ida and even longer to restore power in some areas with thousands of homes and businesses now in the dark, as work crews begin the task of assessing damage across the region.

The utility company said in a statement earlier Monday that it “may take up to three days before we know how long until power will be restored” and “those in the hardest-hit areas could experience power outages for weeks.”

Ida made landfall as a Category 4 storm with 150 mph winds on the same day that Hurricane Katrina struck 16 years earlier. The catastrophic storm knocked out all eight transmission lines that deliver power into the New Orleans area, the power utility said in a statement Sunday.

The utility has confirmed that at least one of them, a large tower that spans the Mississippi River, has collapsed. It had withstood Katrina in 2005, Entergy said.

Rodriguez said crews were working to assess the extent of the damage to the other lines.

“We don’t know if one is severely damaged, they could be, it could be minor damage that would allow us to get that fixed more quickly,” she said. “I don’t have a good answer for you yet.”

“I want to emphasize that it is not just New Orleans, it is the surrounding area and so Entergy is working to address that immediately,” she said.

Rodriguez said the utility company had about 4,500 workers on the ground in New Orleans doing damage assessments Monday. They “went out at first light this morning and they are going where it is safe to go.”

“They will help us get a better idea of what we’re dealing with and it would be premature for me to speculate at this time when power will be restored,” she said. “I know that’s your No. 1 question, but until we can collect the damage assessment, we can’t give you that answer just yet, so I apologize. By end of day we’ll know more, by tomorrow we’ll know more.”

Rodriguez said for those residents who have evacuated, “we don’t want you to come back for a whole host of reasons, but one because it’s hot and you won’t have power.”

She said there were 21,000 additional crews and resources focusing on the entire state of Louisiana helping with damage assessments and, when they can, on restoring power.

Rodriguez said at the news conference that the company is bringing in helicopters and using drones and other technology in hard-to-reach places.

“It’s a large footprint that we’re talking about, we’re using all kinds of technology in order to do this as quickly and as safely as possible,” she said.

Daniella Silva is a reporter for NBC News focusing on the economic recovery and its effect on families, as well as immigration.