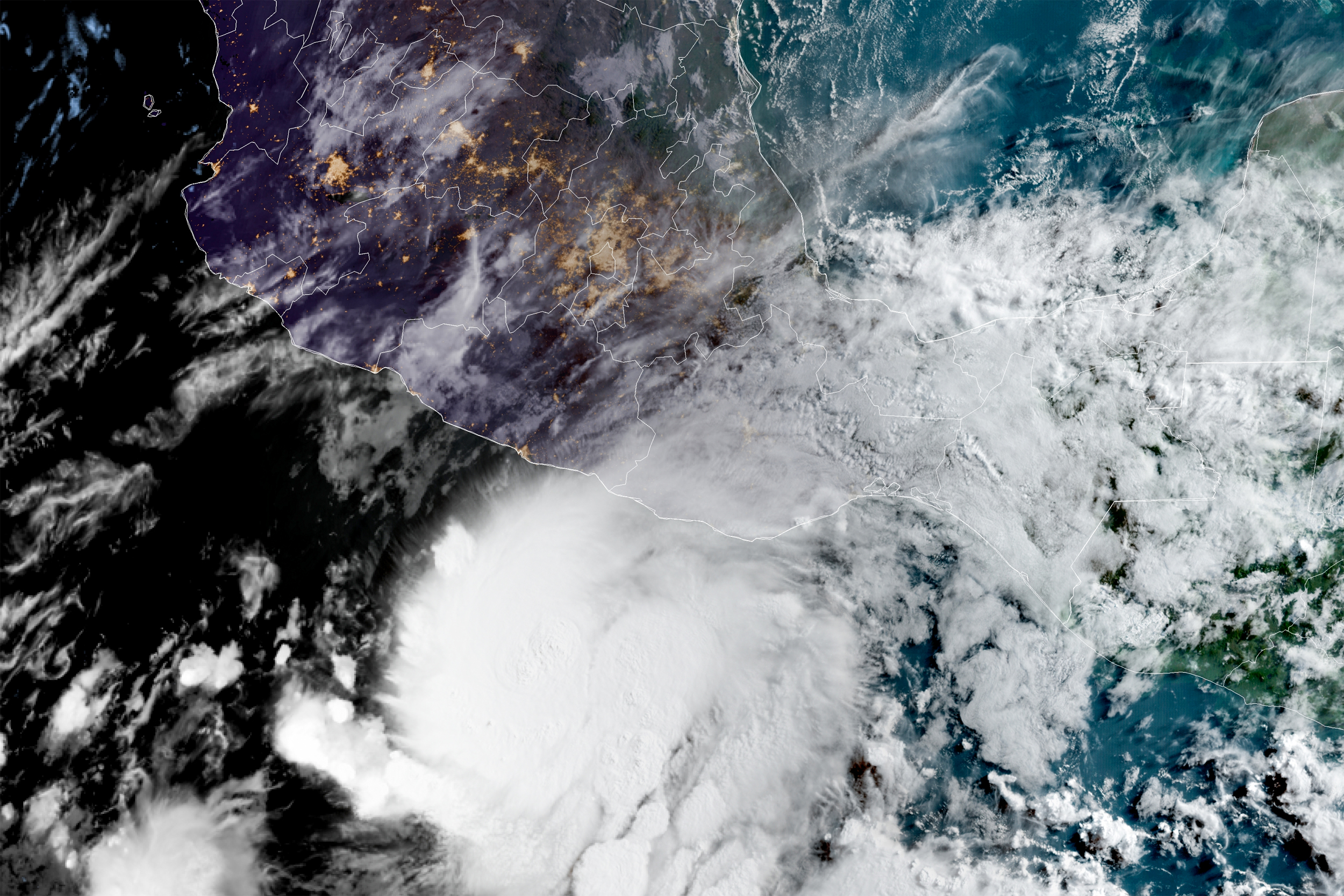 A strengthening Agatha became 2022’s first named hurricane in the Pacific early Sunday as it barreled towards Mexico’s southern coast, prompting the National Hurricane Center to warn of “life threatening flooding and mudslides.”

On Sunday morning the center of the hurricane was located around 200 miles west of Puerto Angel with winds of up to 75 mph, the National Hurricane Center said in a public advisory.

Agatha, the first tropical storm of the 2022 hurricane season in the eastern Pacific, was moving northwest at 3 mph, but was expected to take a turn further northward, the center said.

A hurricane warning was issued for parts of the coast of the southern state of Oaxaca, it added.

This “means that hurricane conditions are expected somewhere within the warning area within 36 hours,” the center said, adding that “preparations to protect life and property should be rushed to completion,” the advisory said.

A storm surge is “expected to produce dangerous coastal flooding in areas of onshore winds near and to the east of where the center of Agatha makes landfall,” it said.

“Near the coast, the surge will be accompanied by large and destructive waves,” it said. Further inland, “life-threatening flash flooding and mudslides may occur,” it added.

The civil defense office in Oaxaca said the hurricane’s outer bands were already hitting the coast. The office published photos of fishermen hauling their boats up on beaches to protect them from the storm.

Because the storm’s current path would carry it over the narrow waist of Mexico’s Isthmus, the center said there was a chance the storm’s remnants could re-emerge over the Gulf of Mexico.

In northern Guatemala, a woman and her six children died Saturday when a landslide engulfed their home, but the accident did not appear to be related to Agatha.

Henry Austin is a London-based editor for NBC News Digital.