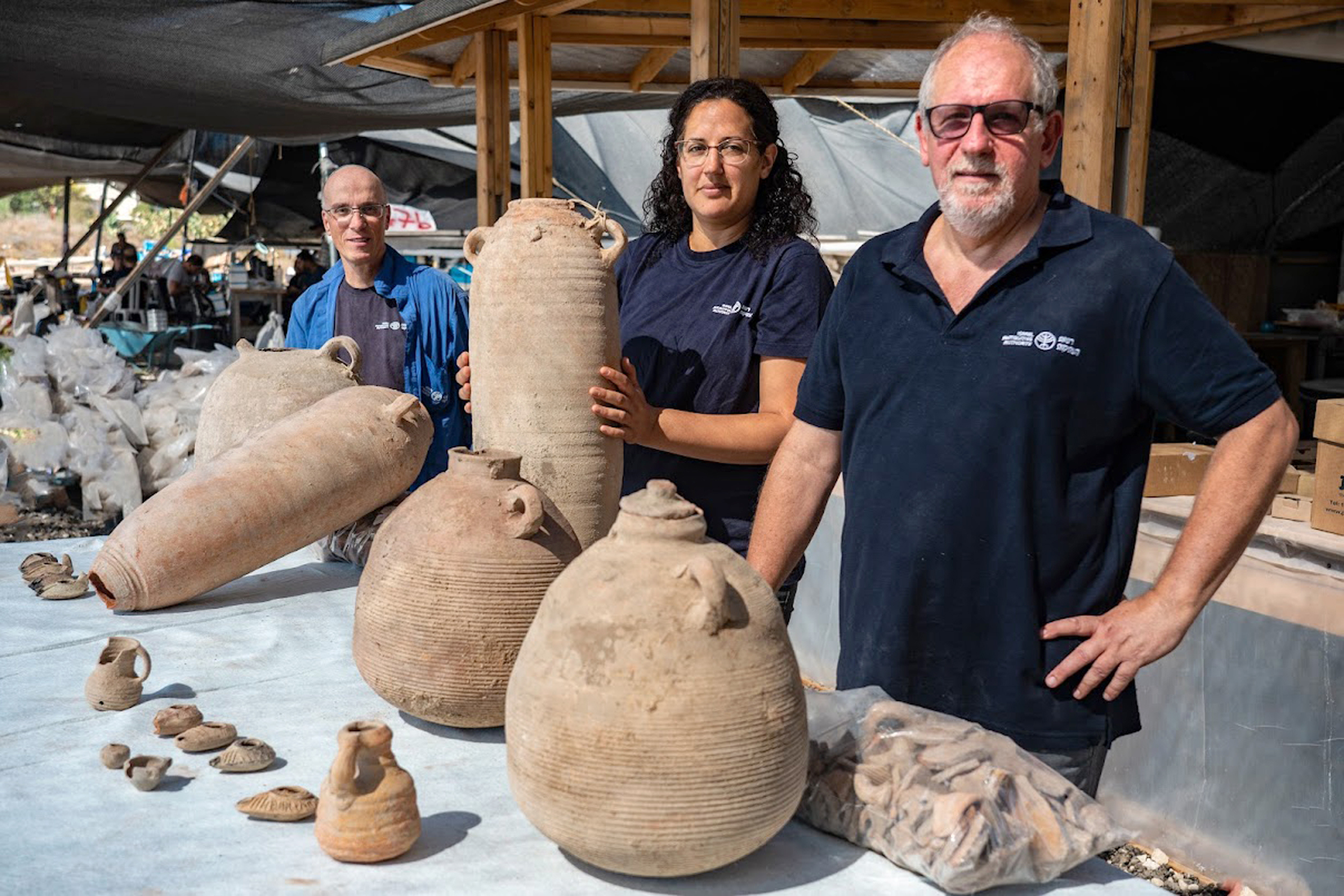 A massive and ancient wine factory capable of making around half-a-million gallons of wine a year has been uncovered in Israel, an indication of a near-industrial operation that existed in the region 1,500 years ago.

The discovery unveiled on Monday included five wine presses capable of making around 2 million liters of wine. Located in Yavne, a city of around 50,000 people, it is the largest complex of wine presses known from the Byzantine period, according to the Israel Antiquities Authority.

Ancient coins, clay pots and ruins of buildings are often found. However, two years ago, archeologists excavating open land in the city around 15 miles south of Tel Aviv uncovered the first signs of what they soon discovered to be the largest complex of wine presses from the era, according to the Israel Antiquities Authority.

“This was a semi-chance discovery,” said Jon Seligman, who directed the excavation. “We didn’t set out to find winepresses, but that was what was in the area when we were doing the excavations.”

Grapes were crushed barefoot on a treading floor, with the juices then collected and fermented in octagonal shaped vats. The white wine was then aged in clay jugs, made in kilns found on the site. Four large warehouses were also found between the winepresses.

Believed to have been in operation for around 200 years, the winery exported its wines throughout the Mediterranean from ports in Ashkelon and Gaza, according to the Antiquities Authority.

At the time, wine was consumed by both children and adults, as a substitute for water, which was often not sterile or tasty, according to the authority.

Given the size and advanced design of the complex, Seligman and his colleagues believe that it was operated either by a local large estate owner or the city of Yavne.

The region was long-known to have a thriving wine industry, and the discovery of this complex now adds to that understanding, said Seligman.

In addition to the Byzantine wine factory, the archeologists also uncovered older winepresses that dated to the Persian period, around 2,300 years ago.

“It shows that wine making was a traditional industry in this area, it has early origins, and reached its apex in the Byzantine period,” said Seligman.

The archeologists involved believe that further discoveries at the site are still likely.

“We will find more. What we will find we don’t know yet. There certainly will be many more kilns for making jars,” said Seligman.

In Jewish history, Yavne is known as the town where prominent rabbis found refuge after the destruction of the Second Temple in Jerusalem in the year 70.

The city eventually plans to turn the site into an archeological park so the public can view the find.

“I’ve been an archeologist for 35 years, and whenever you have a major find like this, it’s always exciting,” said Seligman. “It reminds you why you went into the profession in the first place.”

Rachel Elbaum is a London-based editor, producer and writer.

Paul Goldman is a Tel Aviv-based producer and video editor for NBC News.