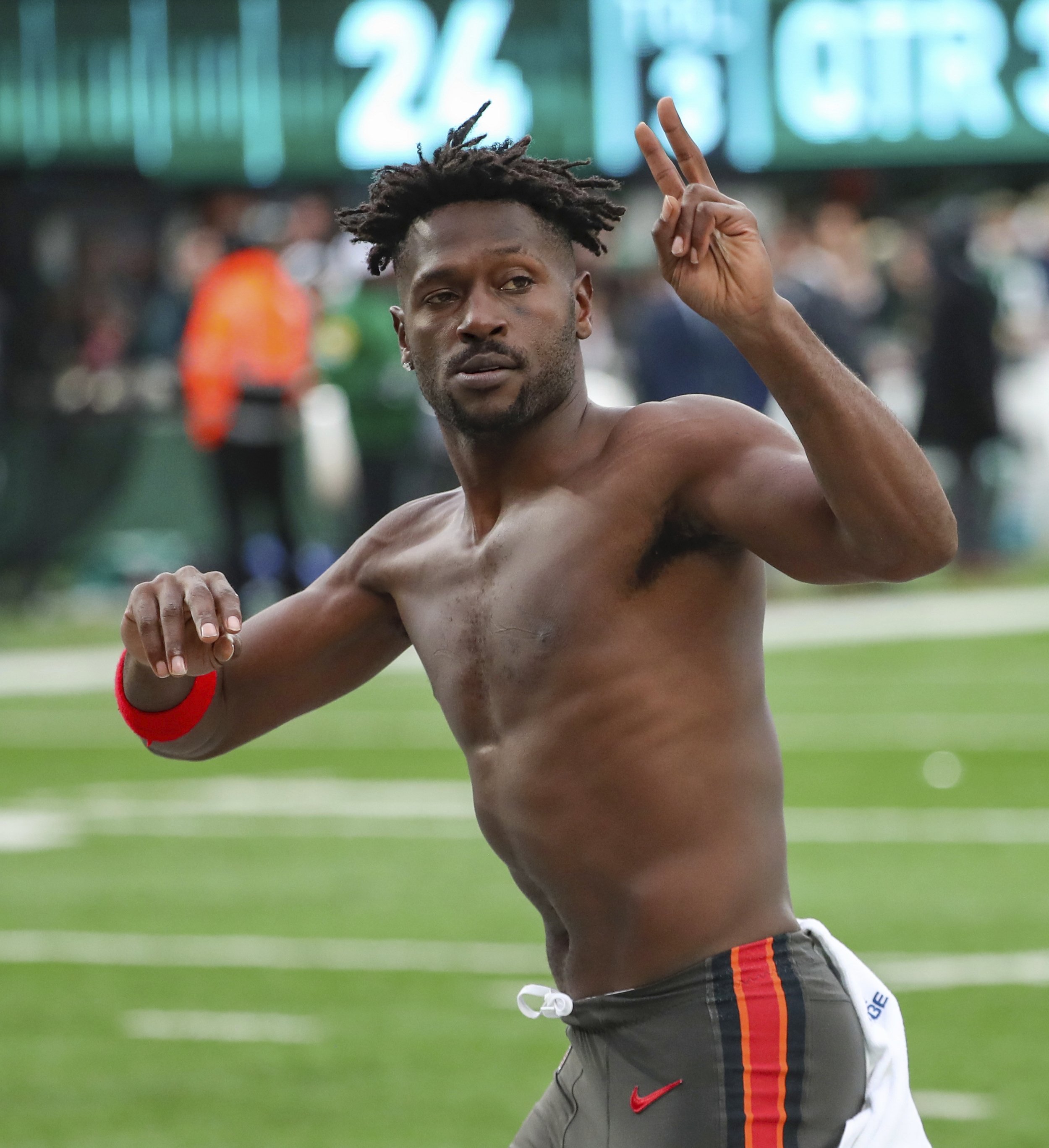 Tampa Bay Buccaneers wide receiver Antonio Brown pulled off his jersey and left the field before the end of his team’s 28-24 win over the New York Jets on Sunday, hastening his exit from the organization.

Head coach Bruce Arians said after the game that Brown, 33, was “no longer a Buc.”

Brown’s display included removing his jersey, his shoulder pads, his undershirt and his glove; giving the crowd a peace sign; and leaving MetLife Stadium in East Rutherford, New Jersey.

According to Jay Glazer of “NFL on Fox,” which aired the game, Arians repeatedly ordered Brown into the game but was refused, prompting him to send Brown to the locker room.

“Never seen anything like it in all my years,” Arians was quoted as saying.

In a post-game news conference, Tampa Bay quarterback Tom Brady urged compassion and empathy for Brown, suggesting that he may need “help.”

“We all love him,” he said. “We care about him deeply. You know, we want to see him be at his best, and, you know, unfortunately it won’t be with our team.”

After he left the stadium, Brown tweeted a photo of himself in casual winter clothing. It was accompanied by the words “Super Gremlin,” as well as by an emoji of the “shaka,” or “hang loose,” hand symbol.

Sunday’s display was only the latest stormy chapter in Brown’s career.

In 2019 he spent one game with the New England Patriots before he was released as he steadfastly denied sexual assault allegations. At the time, he said he would no longer play in the NFL.

Brown, a former All-Pro wide receiver, was accused in a lawsuit of sexually assaulting a former trainer. His attorneys denied the allegations and countersued, and the court battle culminated in a settlement last year. Brown was never charged in connection with the accusations.

In 2020, Brown pleaded no contest to burglary and battery charges stemming from an incident in Florida in which he was alleged to have participated in an attack on a truck driver. His sentence included two years of probation.

The Patriots had released Brown following acrimonious stints with the Oakland Raiders and the Pittsburgh Steelers. Tampa Bay signed him for the year, but his season was transformed by a three-game suspension in December over allegations that he misrepresented his vaccination status, the NFL said.

The league was investigating whether Brown used a fraudulent vaccination card.