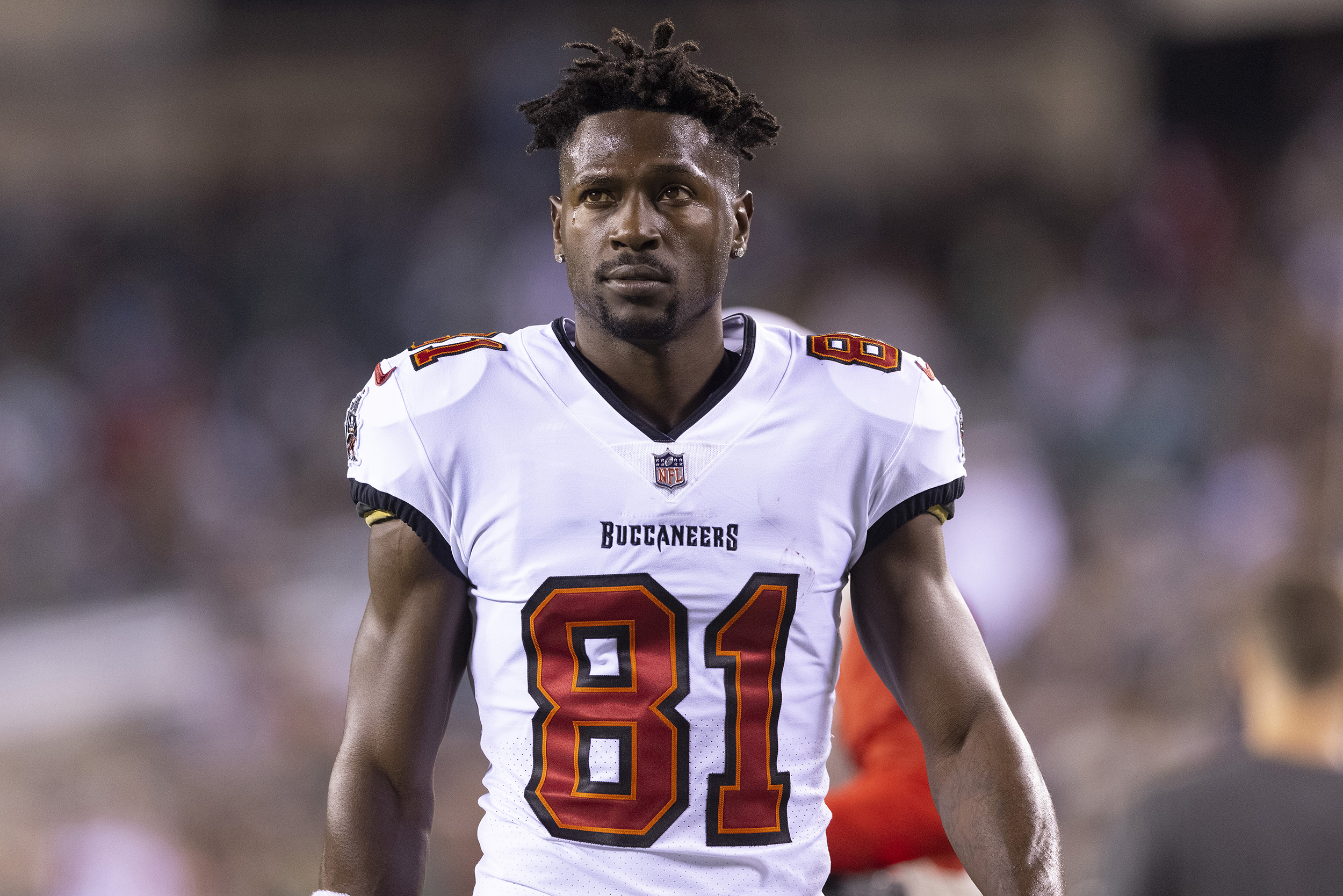 Wide receiver Antonio Brown says he was injured and in extreme pain but ordered to play anyway before he left the field mid-game Sunday.

“I didn’t quit. I was cut. I didn’t walk away from my brothers. I was thrown out,” Brown said in a statement through his attorney Wednesday night.

In his first substantive comments since the spectacle in the Tampa Bay Buccaneers’ contest against the New York Jets, Brown said that he was effectively fired after saying he was unable to play.

During Sunday’s game, Brown pulled off his Bucs jersey and left the field before the end of Tampa Bay’s 28-24 win over the Jets.

Afterward, Bucs head coach Bruce Arians said Brown was “no longer a Buc,” — but Brown still appeared on the team Wednesday, although on an injury report listed as “not injury related — personal.”

Brown said in Wednesday’s statement that he was pressured to play Sunday despite an injured ankle and that he played as long as he could but “the pain was extreme.”

“He then ordered me to get on the field. I said, ‘Coach, I can’t.’ He didn’t call for medical attention. Instead, he shouted at me, ‘YOU’RE DONE!’ while he ran his finger across his throat. Coach was telling me that if I didn’t play hurt, then I was done with the Bucs,” Brown continued.

Representatives for the Bucs did not immediately have any comment on the claims Wednesday night.

Arians said Monday there was a conversation before the incident, but it wasn’t about an ankle injury. When asked if Brown said he was injured, Arians replied: “No.”

“It’s pretty obvious what happened,” Arians said. “So, you know, he left the field and that was it.”

In the incident at MetLife Stadium in East Rutherford, New Jersey, Brown removed his jersey, shoulder pads, undershirt and glove and gave the crowd a peace sign before leaving mid-game.

Brown, a former All-Pro wide receiver, joined the Bucs in 2020 after a turbulent period in his career that included several off-field incidents.

In Wednesday’s statement, Brown said “The Bucs helped me return to productive football after I had difficulties that could have ended my career.”

In December, he was suspended for three games, while he was out with an ankle injury, after the NFL said he violated Covid-19 protocols and misrepresented his vaccination status.

Brown played Dec. 26, the week before the incident at the Jets game, as the Buccaneers beat the Carolina Panthers to clinch the NFC South and a spot in the playoffs.

He said the team is trying to portray Sunday’s incident as a random outburst.

“They are telling people that first I walked off, then I was cut. No. No. No. I was cut first and then I went home,” Brown said. “They threw me out like an animal and I refused to wear their brand on my body, so I took my jersey off.”

The wide receiver also said that he will have surgery for his ankle and suggested a return to football, saying he was looking forward to next season.