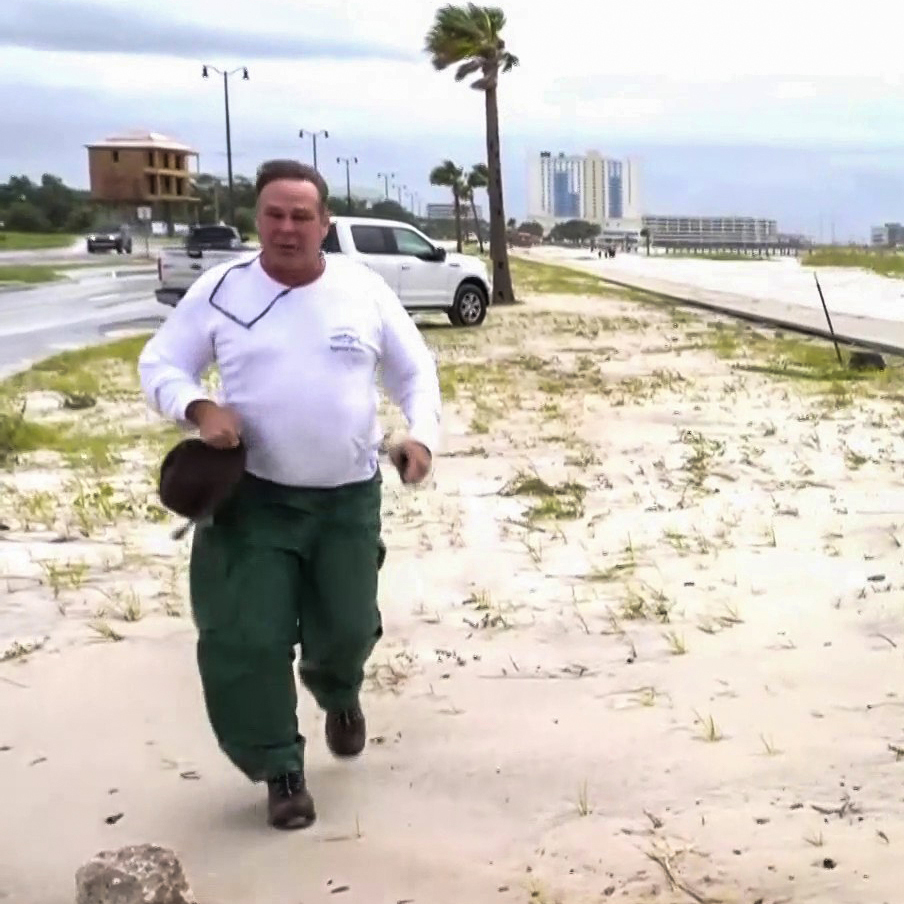 Mississippi police on Tuesday issued an arrest warrant for an Ohio man who they say confronted NBC News’ Shaquille Brewster on live television.

Benjamin Eugene Dagley, who is from Wooster, Ohio, will be charged with two counts of simple assault, one count of disturbing the peace and one count of violating an emergency curfew, according to a statement from Gulfport police.

He could also be in violation of his probation out of Cuyahoga County, Ohio for allegedly traveling without authorization, police said.

Dagley had not been arrested by late Tuesday afternoon, and he could not be immediately reached at publicly listed telephone numbers for him.

Brewster was doing a live MSNBC shot from Gulfport, reporting on Tropical Storm Ida in coastal Mississippi, when a man pulled up in a white pickup truck and sprinted toward the correspondent.

The man got in Brewster’s face before Brewster calmly ended the report. The man could be heard shouting at Brewster to “report accurately.”

This is a developing story, please refresh here for updates.