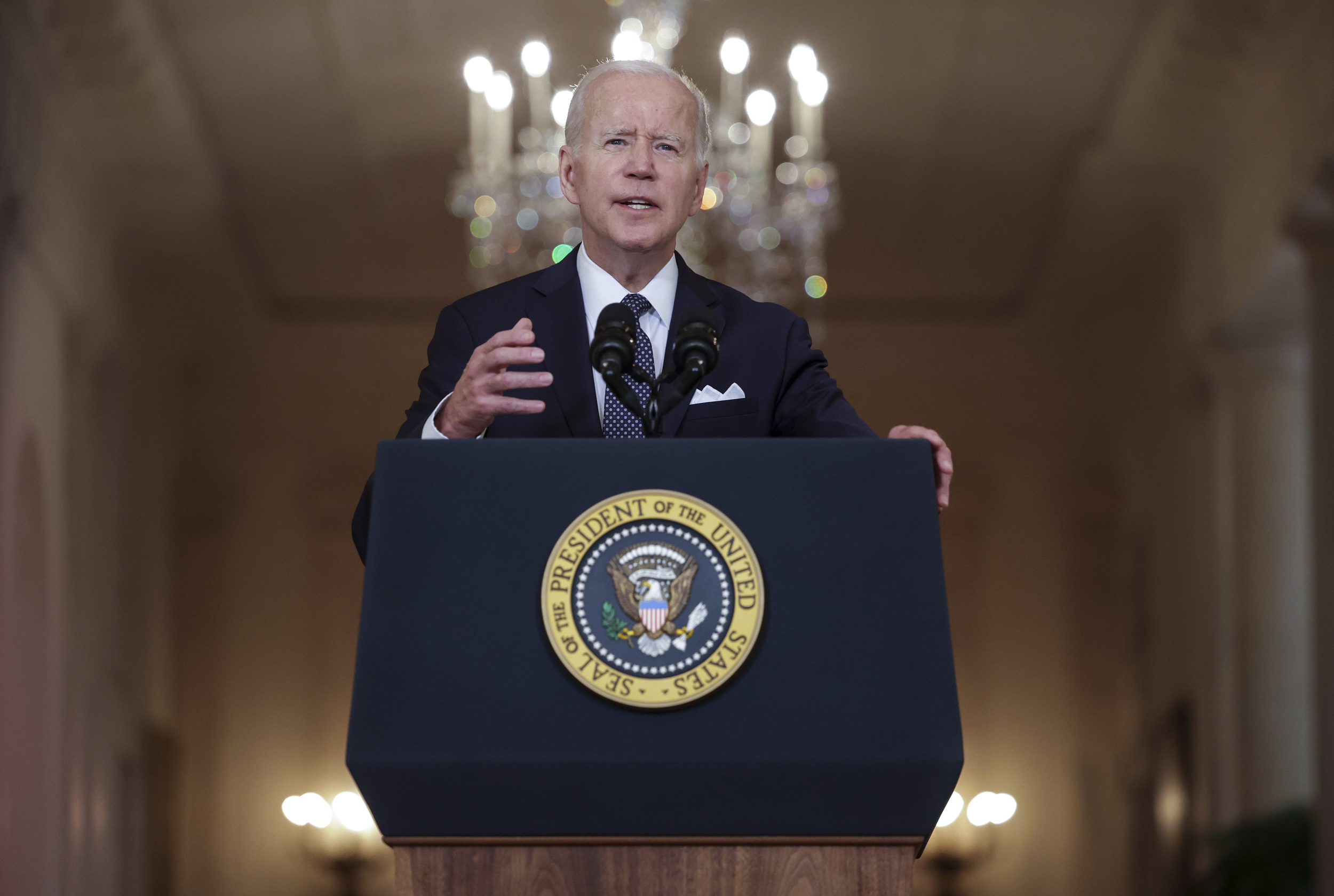 “I support the bipartisan efforts that include a small group of Democrats and Republican senators trying to find a way,” he said in evening remarks from the White House. “But my God — the fact that the majority of the Senate Republicans don’t want any of these proposals even to be debated or come up for a vote, I find it unconscionable.”

Whether one sees Biden’s proposed solutions as modest or ambitious is a matter of perspective: As Bloomberg’s Shawn Donnan commented last night, “Every suggested action he laid out would be seen as politically too timid in the wake of a massacre anywhere else in rich world. In [the United States, the] immediate analysis is that what he is suggesting is too extreme to pass Congress.”

“I’ll never give up. If Congress fails, I believe this time a majority of American people won’t give up, either,” Biden said. “I believe the majority of you will act to turn outrage to make sure this issue is central to your vote. Enough, enough, enough.”

Whether lawmakers are prepared to answer the call, of course, is another matter entirely.

In the Democratic-led House, the Judiciary Committee advanced a package of reforms called the Protecting Our Kids Act, which passed yesterday afternoon with zero Republican votes. The bill combines several related ideas, most of which were included in Biden’s list of measures, and will head to the House floor next week.

At least at this point in the process, it’s worth noting that the Protecting Our Kids Act does not include an assault weapons ban.

Complicating matters, there’s no guarantee that the package will have the votes to clear the House, despite the narrow Democratic majority in the chamber. Roll Call reported, “Rep. Abigail Spanberger of Virginia, along with 20 other Democrats, wrote Pelosi and leaders Thursday, asking them to split the Judiciary Committee’s bill back into its individual proposals. The group said they wanted the opportunity to build as much bipartisan support for the individual proposals as possible before they head to the Senate.”

And speaking of the Senate, where House-passed bills are routinely shelved, negotiations continue on some kind of bipartisan compromise that might, at least theoretically, be able to overcome a Republican filibuster.

“We are making rapid progress toward a common sense package that could garner support from both Republicans and Democrats,” Collins told reporters yesterday. Around the same time, Murphy appeared on MSNBC and said, “I’ve never seen more Republicans willing to discuss changes in our gun laws than I did today.”

For reform-minded observers, all of this might very well sound encouraging, but I’d nevertheless recommend keeping expectations low. For one thing, we don’t yet know what kind of solutions these senators might agree on.

For another, no members of the Senate GOP leadership are involved in these negotiations; Senate Minority Leader Mitch McConnell appears wholly uninterested in any changes to gun laws; and even if every Republican member of this working group were to endorse a bipartisan bill, that’s only four GOP votes — six fewer than what’s needed.

Biden issued a powerful call for action on a national scourge. Even now, against a heartbreaking backdrop and polling data showing support for meaningful changes, the president’s call will likely go unheeded.