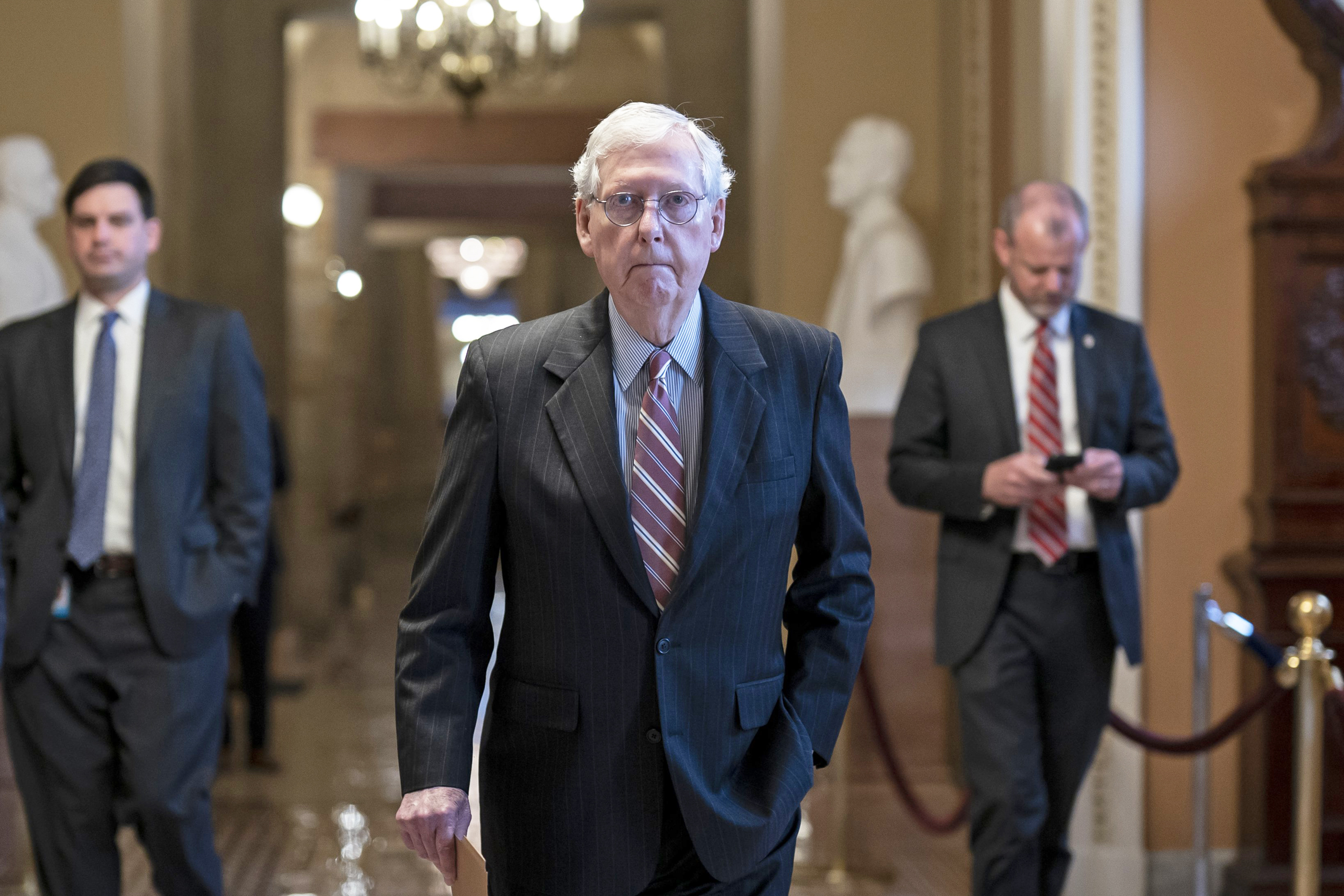 In the aftermath of the mass shooting in Uvalde, a legislative plan fell into place relatively quickly, and everyone involved knew what to expect. Democratic Senate leaders would bring to the floor bills that were designed to help reduce gun violence — measures that have already passed the Democratic-led House — which would fail in the face of a Republican filibuster.

At that point, Democrats would explore ways to turn the votes into a campaign issue, GOP officials would count on voters’ interest to fade, and Americans would go back to waiting for the next massacre.

But in a bit of a surprise, that predictable series of events didn’t happen, at least not yet. The New York Times reported:

After the deadliest school shooting in a decade, a small group of Republican and Democratic senators have begun an urgent and uphill effort to strike a compromise on new gun laws, voicing hope that a wave of collective outrage at the slaughter of 19 children and two teachers could finally conquer a decade of congressional paralysis.

The preliminary focus appears to be on two substantive areas: background checks and red-flag laws that would empower law enforcement to confiscate weapons from those deemed to be a threat.

By the end of the day, Senate Minority Leader Mitch McConnell offered words of encouragement for negotiations, and said he’d encouraged Republican Sen. John Cornyn of Texas — who was not a part of yesterday’s talks — to participate in the process.

“I am hopeful that we could come up with a bipartisan solution that’s directly related to the facts of this awful massacre,” the Kentucky Republican told CNN.

The comments came on the heels of his Democratic counterpart, Senate Majority Leader Chuck Schumer, saying, “I think it’s a slim prospect. Very slim, all too slim. We’ve been burnt so many times before. But this is so important. We must pursue action and even ask Republicans to join us again.”

Manchin, whose bipartisan background-check bill was derailed by a GOP filibuster in the wake of the Sandy Hook massacre nearly a decade ago, said yesterday that he’s hopeful, adding that the new negotiations feel different to him than previous talks on gun policy.

The problem, of course, is that Manchin used identical phrasing four years ago, after the mass shooting in Parkland also led to some brief, failed negotiations.

That’s why optimism is in short supply.

I try not to be cynical about such things. Sometimes, political breakthroughs happen unexpectedly, and everyone is pleasantly surprised. Such successes are exceedingly rare, but every once in a great while, there’s fleeting evidence of progress.

And Charlie Brown also occasionally thought that Lucy would actually let him kick the football, too.

The question we have to ask ourselves is simple: Is there a scenario in which 10 Senate Republicans, under pressure from the right not to do anything on the issue, agree to support a meaningful gun bill in an election year? The senators who met yesterday think the answer is “maybe,” while I have no idea how or why they arrived at such a belief.

Complicating matters is the calendar: The Senate left yesterday for a weeklong Memorial Day break. Members agreed to keep talking during their time away from Capitol Hill, but breaks tend to diminish momentum, rather than the other way around.