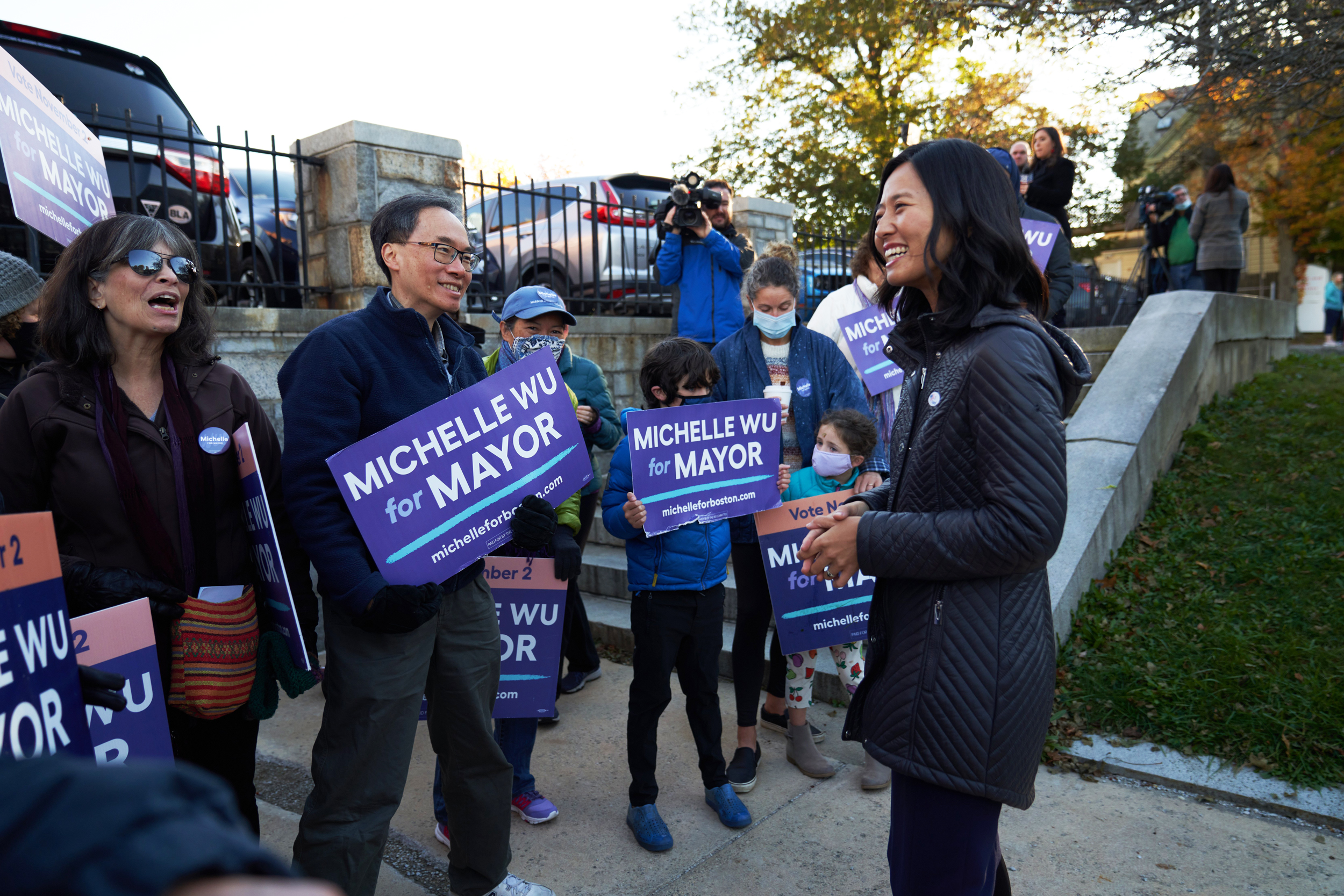 “What we see among Asian Americans is really this fairly reliable, moderate Democratic bloc,” Janelle Wong, a professor of American studies at the University of Maryland, College Park, told NBC Asian America. “This is pretty remarkable, given the tremendous diversity in these communities.”

“We asked issue questions … and they’re all very strong on these liberal positions on reproductive rights and immigration,” he said.

The Virginia results are consistent with other surveys, including NBC News exit polls, which had a sample size of 3,900 — 109 of whom identified as Asian. The poll, conducted over the phone as well as in person during early and Election Day voting, showed that Asian Americans made up 3 percent of the Virginia governor electorate. About 67 percent voted for McAuliffe, and 33 percent voted for Youngkin.

When asked about the most recent presidential election in the NBC News poll, Asian Americans showed a similar split, with 61 percent saying they voted for President Joe Biden while 31 percent voted for former President Donald Trump.

Wong said although Youngkin played up issues like critical race theory and debate over programs for “advanced” students — an issue AAPIs have said is important to them — the polling results proved other factors like Covid-19 weighed more heavily in voting.

“For Asian Americans, I do think the willingness of candidates to take a strong stand to fight Covid and to enforce Covid mandates actually, actually works to get Asian American voters,” Wong said.

The NBC poll indicated that 63 percent of Asian Americans said they only trust McAuliffe to handle the coronavirus pandemic, while 25 percent only trust Youngkin.

“She has also shown us that you can do it differently … what we understand to be political leaders, they’re often white, they’re male, they’re loud,” Hwang said. “She will even say, ‘I was none of those things.’”

Vattamala said Wu’s win is not only significant as a historic moment, but it reveals the fruits of yearslong efforts to make voting accessible to Asian Americans. He explained Boston has discriminated against the community in the past, failing to provide language assistance to voters. In 2005, judges approved a settlement that required the city to provide Chinese, Vietnamese and Spanish language assistance.

Similarly, Amer Ghalib made history as the first Muslim and first Yemeni American elected as mayor of Hamtramck, Michigan, earning 69 percent of the Asian American vote, according to the AALDEF poll. His opponent, incumbent Karen Majewski received 21 percent.

“There’s a lot of tension between the new and emerging Bengali and Yemeni population, and the old guard Polish population,” Vattamala said. “A lot of the residents who felt victimized by the city.”

AALDEF previously sued the city to secure bilingual ballots and poll workers. The organization won the lawsuit and monitored the city’s compliance this election.

“If we do have compliance with federal law, making it easier for limited English proficient Asian American voters … you can really boost turnout and registration,” Vattamala said. “If you do those things and make it easier for them to recruit people from the community to work as poll workers, you see the historic election there.”

Experts generally caution against putting too much stock in exit polls, particularly for local elections that have small sample sizes. Polling of Asian Americans is also difficult given language barriers. The NBC News poll, for instance, was only conducted in English and therefore favors U.S.-born Asian Americans, even though a majority of the group is foreign-born naturalized citizens, according to the Pew Research Center.

The AALDEF poll, while conducted in several Asian languages, also has limitations. It focused on places with large or fast-growing Asian American populations, but as Wong pointed out, most Asian Americans do not live in an ethnic enclave. And the survey was conducted on Election Day, which means a sizable portion of the Democratic electorate who votes early or by mail would be left out, Vattamala said.

But Wong said the consistencies across polls do show a long-term Democratic trend that shouldn’t be ignored.

“It’s a group that doesn’t get mobilized very much,” Wong said. “It’s super diverse not just in terms of national origin, but in terms of religion, in terms of generation, in terms of language, and yet we still see a kind of convergence and consistency. It is not like a meaningless label.”