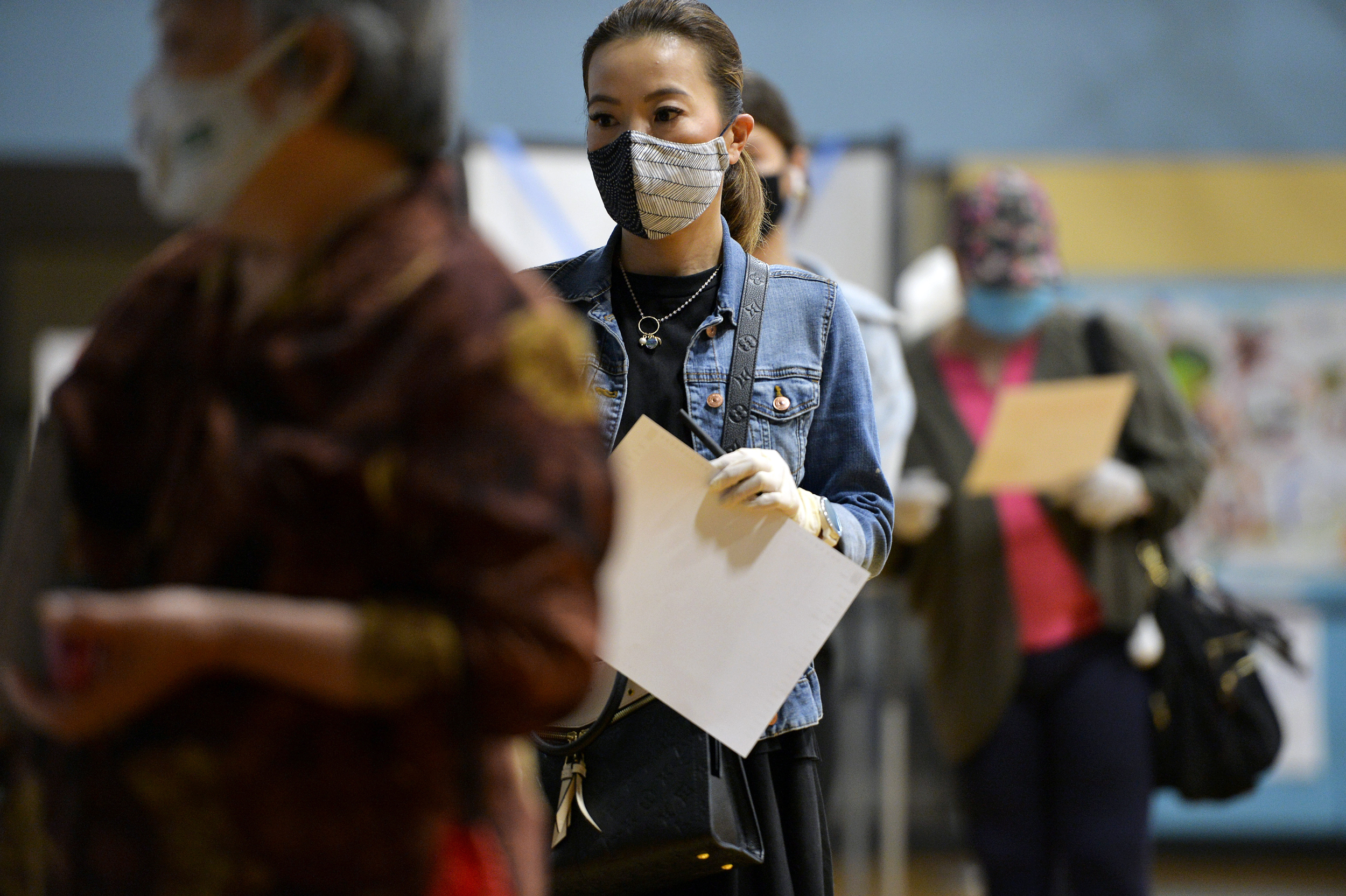 Asian Americans and Pacific Islanders are the fastest-growing ethnic group in the United States. They also make up the fastest-growing ethnic voting bloc. We saw in the 2020 presidential election that AAPI voters are a formidable force in our politics, with a 47 percent increase in voter turnout compared to 2016. During Virginia’s election, we may see a repeat of the AAPI community’s impact. The impact of these voters is undeniable, but AAPIs are often ignored in political reporting, despite their growing importance in determining the outcomes of elections across the country.

Many polls during the 2020 election ignored AAPI voters — leaving them off of demographic data or lumping them all together (sometimes along with Latinos) as “other” in polls that only listed Black and white voters, as if there were only two races in the electorate. According to a May TargetSmart report, AAPI voters and their importance as a voting bloc were ignored or underreported because of reliance on flawed exit polls. One blatant example of this was from the Fox News Voter Analysis, which did not mention AAPI voters at all but instead classified them in the “other” section.

AAPI voters and their importance as a voting bloc were ignored or underreported because of reliance on flawed exit polls.

Even in Georgia, where a record AAPI voter turnout helped Joe Biden win against Donald Trump by about 12,000 votes,  some exit polls didn’t reflect the significance of the group’s presence on Election Day.

Unfortunately, we’re seeing more of the same in Virginia’s governor race this year. Major polls conducted by respected outlets like Virginia Commonwealth University, Wason-AARP and The Washington Post failed to include demographic data about AAPIs, choosing instead to use the catchall “other” category. Of major polls in August and September of this year, I could only find one — Roanoke College — collecting data on AAPI voters in Virginia.

Underestimating this group is a big political mistake. With polling showing Democrat Terry McAuliffe and Republican Glenn Youngkin neck and neck, AAPIs may once again make the difference.

Roughly 7 percent of all Virginians have Asian and/or Pacific Islander heritage. Fairfax County, Virginia’s most populous, is almost 20 percent AAPI.

Though AAPI voters remain a small portion of the overall electorate in Virginia and nationwide, the electoral overperformance since 2016 shows how far our community has come. Leaving out AAPIs from polling affects how resources are spent in the community and how much of a campaign’s critical outreach is given to the voting bloc.

I’m glad to see McAuliffe prioritize AAPI outreach and policies. He has clearly included this demographic in his plan to make Virginia’s economy, schools and overall community stronger and safer. This includes, according to his campaign site, “combating the recent rise of anti-AAPI hate and passing a comprehensive anti-bullying law to protect students,” growing “AAPI businesses by creating a new program within the Virginia Department of Small Business and Supplier Diversity to support businesses with capital and access to training and technical support,” increasing “resources and training for law-enforcement agencies to ensure hate crimes are being identified and reported,” and eliminating “language barriers to health care enrollment by focusing on culturally competent outreach and modernizing enrollment.”

I am proud to have been among the AAPI leaders in Virginia to endorse his campaign.

I’m equally thrilled that the AAPI legislators in the Virginia General Assembly formed an AAPI caucus in March. It is worth noting that, with four members of the House of Delegates and one state senator having AAPI backgrounds, we have made great gains but are still underrepresented. To help counter this, we need the political narrative, largely shaped by the media and polls, to catch on to the importance of the AAPI community and AAPI voters.

Failing to include AAPIs in these major polls is another, unfortunately all too familiar, form of erasure.

This is not to say that the AAPI community is a monolith. Members of the community are also registered Republicans and have the same voting power to help deliver a victory to Youngkin, but I don’t think he has done enough to show that he understands what is important to AAPIs.Certainly, referring to us as “yellow” — a term that has a history of being a racial slur — as he did earlier this year, didn’t help.

In Loudoun County, where school board battles over the teaching of critical race theory have come to define the governor’s race, the AAPI community makes up at least  21 percent of the population. It would be a gross miscalculation for conservatives not to do authentic and culturally relevant outreach to the AAPI community.

Whatever the outcome is, Virginia could be a bellwether that will tell us where this country is going and how we’re going to get there. We know polling is imperfect, but it helps to tell the story of the electorate, and it helps campaigns know where they need to work on messaging and outreach. Failing to include AAPIs in these major polls is another, unfortunately all too familiar, form of erasure. AAPIs are here, and they are a political force in the United States. McAuliffe and the Virginia Democrats understand this — does the rest of the country?