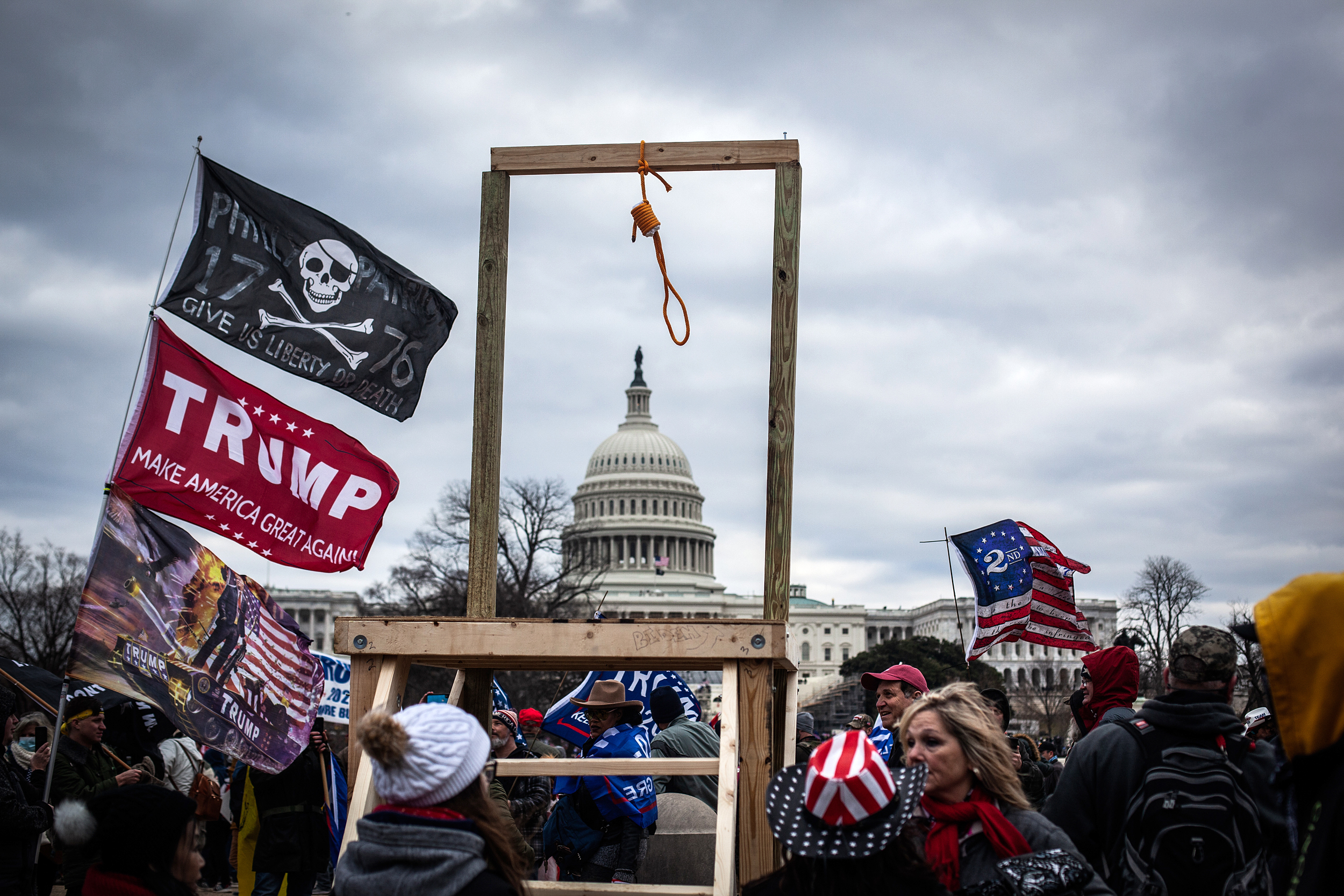 In the immediate aftermath of the Jan. 6 attack on the U.S. Capitol, Donald Trump at least pretended to be bothered by the riot. “Like all Americans, I am outraged by the violence, lawlessness and mayhem,” the Republican said on Jan. 7, describing the events from a day earlier as a “heinous attack.” Before leaving office, he added, “Political violence is an attack on everything we cherish as Americans. It can never be tolerated.”

Over the course of the year, however, the former president radically changed direction, repeatedly offering public support for those who participated in the attack. Trump has not only tolerated rioters, he’s celebrated them.

But newly released audio frames this issue in a startling light. NBC News reported this morning:

Former President Donald Trump defended rioters’ chants of “hang Mike Pence” during the Jan. 6 attack on the Capitol, saying it was understandable because they were angry the election hadn’t been overturned, according to audio released Friday of an interview with the former president in March. The audio came from an interview with ABC News’ Jonathan Karl conducted at Mar-a-Lago in March for an upcoming book, “Betrayal: The Final Act of the Trump Show.” The excerpt was obtained Friday by NBC News from ABC News’ This Week.

In context, Karl asked the former president whether he was concerned about Pence’s safety during the assault on the Capitol. “No, I thought he was well-protected, and I had heard that he was in good shape,” Trump replied. No. Because I had heard he was in very good shape. But, but, no, I think — “

At that point, the reporter intervened, reminding the Republican, “Because you heard those chants — that was terrible.” Trump was unmoved, saying, “He could have — well, the people were very angry.”

At that point, the former president returned to his ridiculous anti-election conspiracy theories.

It would’ve been easy for Trump to express at least some degree of discomfort with rioters chanting “Hang Mike Pence” during an attack on his own country’s Capitol. Pence was, after all, his handpicked vice president who’d shown him nothing but unflinching loyalty since Day One. Common sense — and common decency — suggests Trump could’ve at least said it was wrong for rioters to say they wanted to assassinate the man who was one heartbeat from the presidency.

But Trump couldn’t bring himself to take such a step. Instead of condemning the “Hang Mike Pence” chanters, the former president effectively defended them.

Karl made it easy for the Republican to say the right thing. Trump simply wasn’t able to help himself.

Explaining the relevance of the Trump/Karl exchange, Axios noted, “Well, it is unprecedented for a former president to openly say it was OK to threaten the life of his vice president.”

Honestly, it’s difficult to come up with new ways to describe such madness. Violent rioters said they wanted to murder Trump’s own vice president. Given a chance to reflect on the threat several weeks later, the Republican defended the would-be killers — because Pence grudgingly concluded he couldn’t help Trump steal an election.

There is no defense for this, though I’d certainly love to hear some of the former president’s sycophantic allies argue otherwise.

But there’s another dimension to this beyond Trump creating a new outrage. He told Karl that he’d “heard” that Pence “was in good shape” during the assault on the Capitol. Trump said it twice, adding, “I had heard he was in very good shape.”

And that leads to some related questions: Heard from whom? And when exactly did he receive these updates on Pence’s security situation?