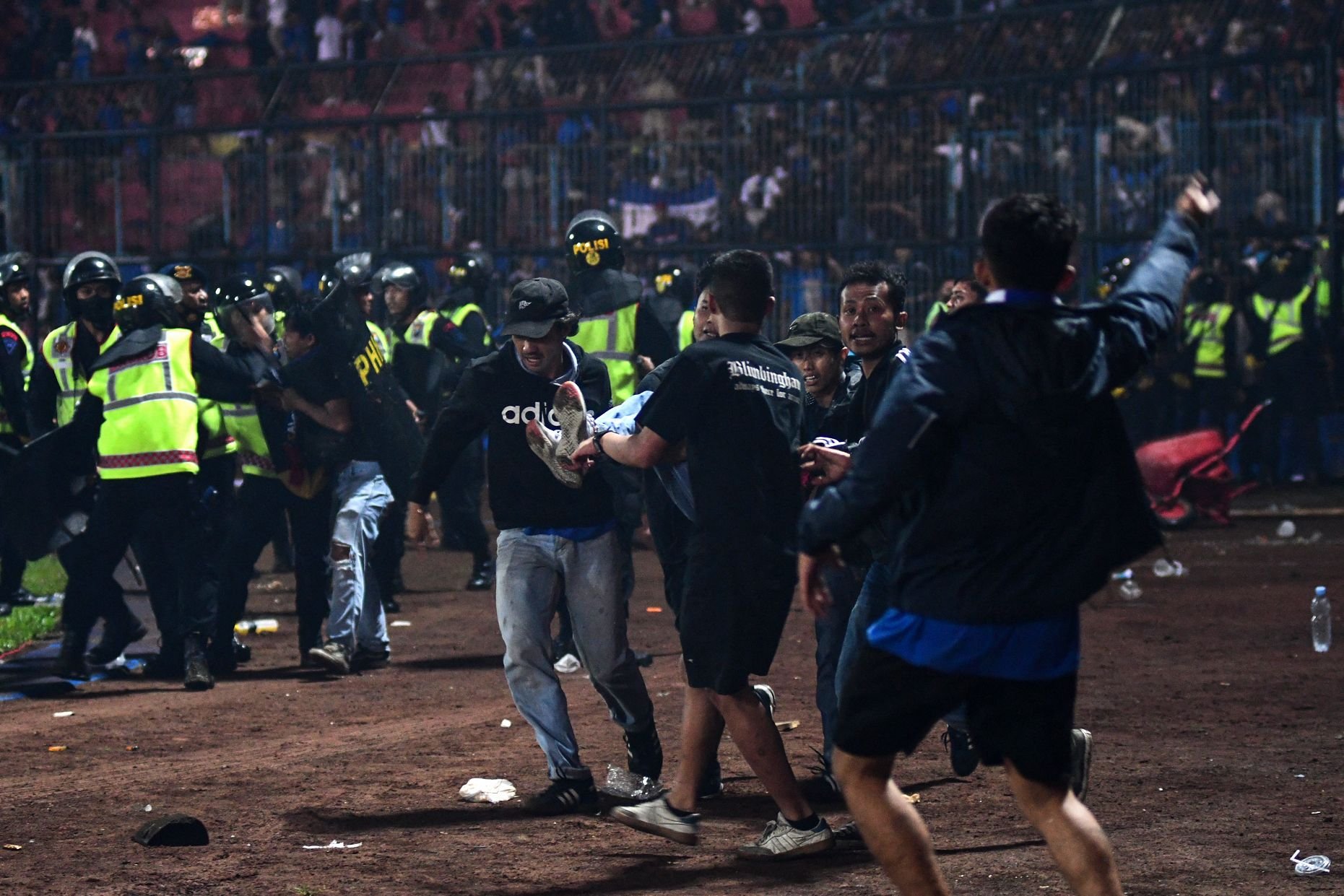 JAKARTA — At least 129 people were killed and around 180 injured at a soccer match in Indonesia after a crowd stampede during a riot, police said Sunday, in what may be one of the world’s worst stadium disasters.

Video footage from local news channels showed people rushing on to the pitch in the stadium in Malang and images of body bags.

There have been previous outbreaks of trouble at matches in Indonesia, with a strong rivalry between clubs sometimes leading to violence among fans.

The Indonesian top league BRI Liga 1 has suspended games for a week following the match, which Persebaya won 3-2. An investigation had been launched, the Football Association of Indonesia said.

Among global stadium disasters, 96 Liverpool supporters were crushed to death in Britain in April 1989, when an overcrowded and fenced-in enclosure collapsed at the Hillsborough Stadium in Sheffield.

Indonesia is to host the FIFA under-20 World Cup in May and June next year. They are also one of three countries bidding to stage next year’s Asian Cup, which determined the continental soccer champion of Asia after China pulled out as hosts.