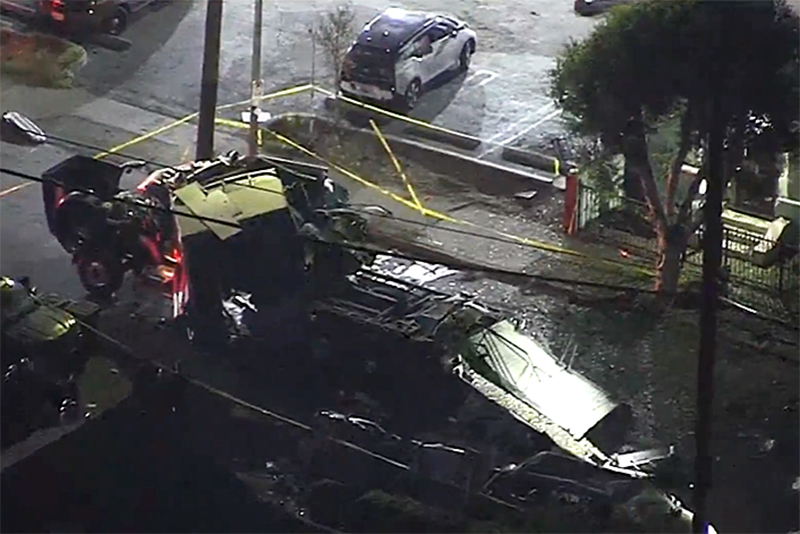 The fireworks were being detonated when the large blast occurred, law enforcement and fire officials told NBC News.

The large explosion, which damaged nearby businesses, structures and cars, happened at 6 p.m. as police were in the process of seizing about 5,000 pounds of illegal fireworks in the residential area, officials said.

News helicopter footage showed what appeared to a bomb squad disposal unit with heavy damage in the Historic South-Central neighborhood of Los Angeles, south of downtown. Windows of a laundromat were shattered.

This is a developing story and will be updated.