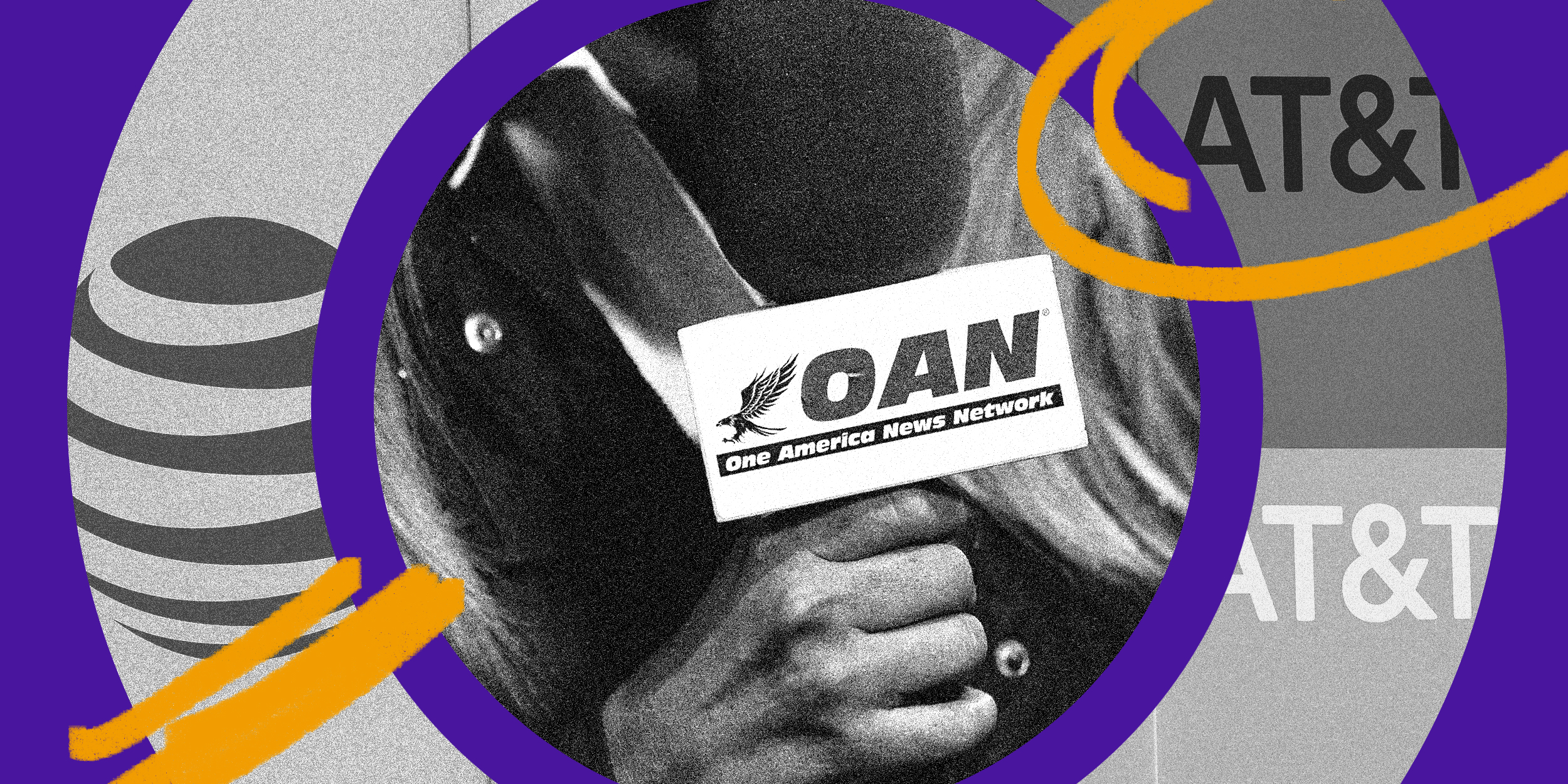 Telecom giant AT&T has been a “crucial source of funds” for One America News Network over the years, providing tens of millions of dollars in revenue to the far-right outlet, Reuters reported Wednesday.

Executives at AT&T — which owns CNN and other media properties — inspired OAN’s creation, according to OAN founder and chief executive, Robert Herring Sr.

“They told us they wanted a conservative network,’’ Herring said in a 2019 deposition reviewed by Reuters. “When they said that, I jumped to it and built one.”

From the Reuters report:

Ninety percent of OAN’s revenue came from a contract with AT&T-owned television platforms, including satellite broadcaster DirecTV, according to 2020 sworn testimony by an OAN accountant. … Herring has testified he was offered $250 million for OAN in 2019. Without the DirecTV deal, the accountant said under oath, the network’s value “would be zero.” … AT&T acquired DirecTV in 2015 and in August spun off the satellite service, retaining a 70% share in the new, independently managed company.

In a statement to Reuters, AT&T said it has “never had a financial interest in OAN’s success and does not ‘fund’ OAN.”

OAN, launched in 2013, has come under fire in recent years for featuring guests with white supremacist views and routinely spreading disinformation about the 2020 election.

We’re only a couple days removed from a whistleblower’s testimony about Facebook allowing harmful content on its site to boost profits, which is to say: The idea that corporations are soulless and money-hungry comes as no surprise.

But we can still have fun pointing out AT&T’s hypocrisy. Just read the company’s pro-diversity statements from the last year alone. They sure don’t sound like a company that provided a platform for hosts to spread conspiracies about police violence.

In response to George Floyd’s murder last summer, Randall Stephenson, the CEO of AT&T at the time, had the audacity to ask other business leaders to “step up.”

“This is about justice,” Stephenson had said. “And when you’re dealing with issues of just basic core justice that every CEO, every leader in America needs to step up and ask, ‘What is the right thing to do?’”

The “right thing” — in any scenario — is not to help liars and conspiracy theorists build and maintain a platform.

Here’s another, a meaningless press release from this year:

“The killing of George Floyd and countless others demonstrates the continued injustices experienced by Black Americans. … We at AT&T stand firm for equality and remain committed to doing our part to advance racial equity and justice for all.”