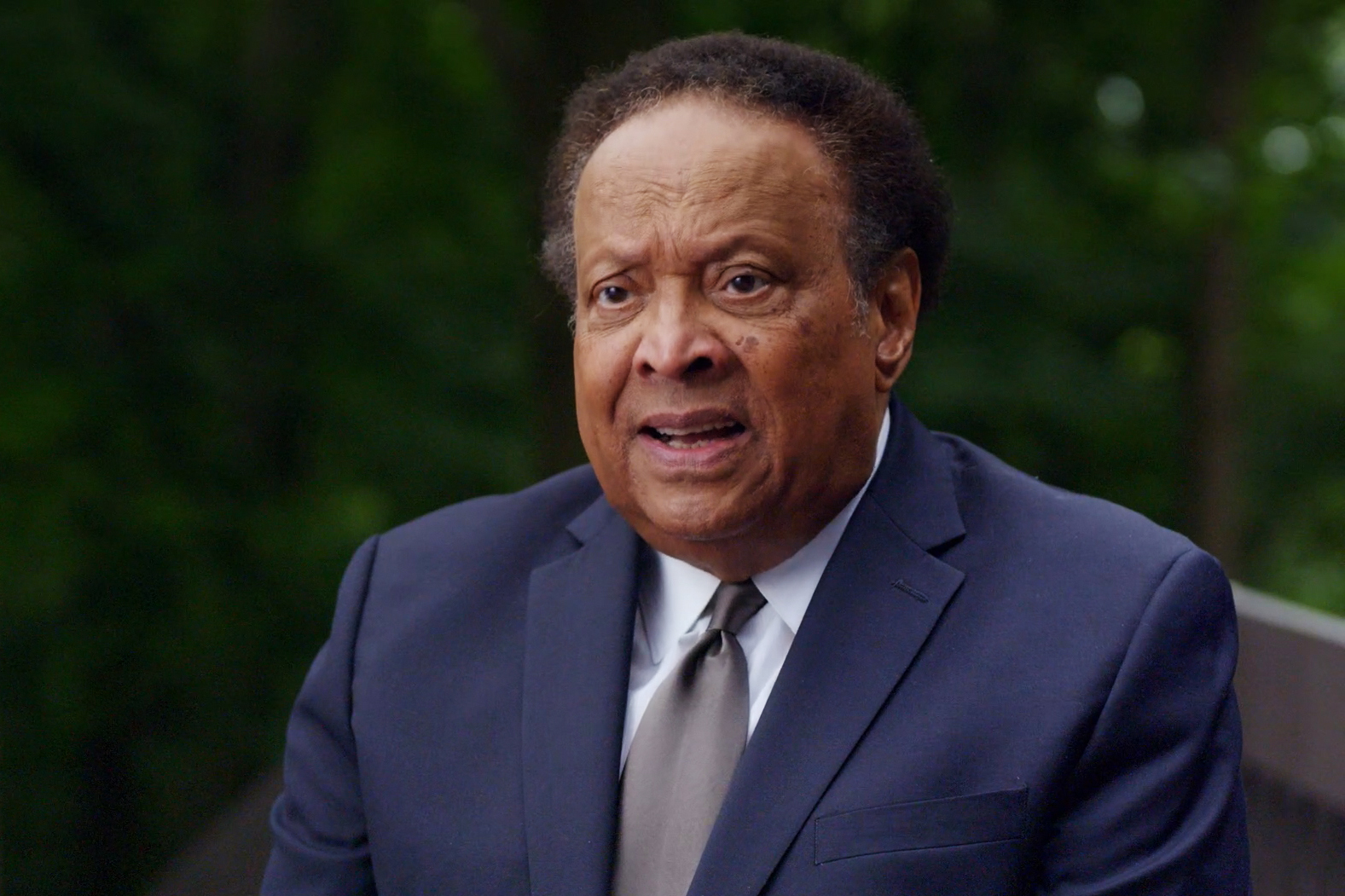 The images are haunting: In black and white film and photographs, naked men, most of them Black, some of them bloodied, all stand in a prison yard with their hands on their heads as white uniformed guards point weapons at them.

Moments like this fill the new documentary “Attica,” by MacArthur Fellow and Emmy-winning filmmaker Stanley Nelson. The film, premiering Saturday on Showtime, tells the story of the bloodiest prison rebellion in U.S. history, five decades after it happened. The protest’s leaders insisted on bringing journalists and filmmakers into “the yard,” meaning that 50 years later Nelson’s documentary includes actual footage from the rebellion and the state’s brutal retaking of the Attica Correctional Facility in upstate New York in 1971.

“We’ve only screened the film four times, and every time the audience sits in stunned silence,” Nelson said. “It’s not a film you can applaud for. I think the best description of the film for me was from someone who said that it was not a film, that it was an experience.”

This is exactly the kind of reaction co-director and producer Traci A. Curry — who tracked down 16 mm film, photos and survivors — had hoped for.

“I don’t think you should be able to walk away without knowing the wanton disregard that the state had for these human beings,” Curry said.

Curry likened the experience of the prisoners with the experience of watching the documentary: “They know at some point it will end probably in violence, but even they think maybe, just maybe this will work out.”

Because it has been 50 years since the Attica rebellion, there are generations who have never heard about the uprising, aside from a character in the movie “Dog Day Afternoon” chanting “Attica! Attica!” and all the imitations that have followed.

“I showed it to my nephew and his girlfriend, and they said, ‘I thought they were going to win,’” Nelson said.

Prisoners were angry and frustrated over living conditions. They were fed subpar food and subjected to poor sanitation, like being issued one roll of toilet paper per month. They endured beatings, racial epithets and barbaric medical treatment. Regular punishment included being stripped naked and being kept in a cell for days. Muslims were denied the right to worship. In the film, men describe “goon squads” of guards who beat inmates and dragged them away in the middle of the night.

But eventually, the rising tensions turned into a five-day siege involving nearly 1,300 inmates and more than 30 hostages in September 1971.

Once inmates took control of the prison, they set up camp in the area called “the yard.” Film footage shows Vietnam veterans teaching inmates how to make tents and a latrine. An inmate who was a nurse erected a medical station.

On the first day of the siege, guard William Quinn, one of the hostages, was severely beaten. Some inmates put Quinn on a stretcher and called for an ambulance.

James Asbury, who was 20 years old and serving five months in the prison on a parole violation, is interviewed throughout the film. He told NBC News he has not been able to watch the entire documentary.

“I have looked at it until I can’t look anymore,” Asbury said. “I suffer from PTSD. I’ll never forget it, but I try to put it to rest. There are so many things that trigger memories of the abuse.”

Today, he lives in Winston-Salem, North Carolina, with his wife of 27 years, their daughter and three grandchildren. Health issues forced him to retire from his work at a drug treatment center. He’s had a kidney transplant and has diabetes.

“Some days the stress from that experience makes me want to just lay down,” he said.

Yet, Asbury revisited the trauma of Attica for a one purpose.

“I was willing to do anything to keep hope alive that prison reform will become a reality in my lifetime,” he said.

In addition to the stories of the inmates, the filmmakers show the lives of the people who worked at Attica through photos and interviews with their families. Co-producer Curry said she spent months tracking down people — including former inmates, the relatives of guards and former Attica guards — and worked to build relationships of trust with them.

Still, former corrections officers she contacted declined to participate in the project. The prison was a major employer in the area, and it employed generations of families. All the guards were white; the majority of the prisoners were Black and Latino.

“It was my intention to have people touched by every part of this story,” Curry said.

The inmates gave their demands to a group of hand-picked outsiders who formed the observers committee and became mediators.

But then corrections officer William Quinn died. Outside the prison, townspeople were gathering with worried families of hostages. They demanded an end to the siege. Meanwhile, the committee members pleaded with Gov. Nelson D. Rockefeller to come to the prison, if only to approve of the negotiations.

On Day 4, committee members, believing any hope of negotiating a peaceful resolution had ended, asked the inmates to surrender. They refused without a promise of amnesty for all those involved in the protest.

Negotiators left, distraught. Clarence Jones, then the editor and part-owner of the New York Amsterdam News, recalled in the film that inmates handed him notes with names and phone numbers of people to call in case they died.

On the fifth day, inmates described a green gas overwhelming them and limiting their vision. They were told to put their hands in the air.

John Johnson, a Black reporter who had been chosen as an observer inside by inmates, recalled being outside the facility and having two guards running toward him shouting a racial slur and pointing guns. Johnson shouted back, “Don’t shoot!”

Asbury said the inmates were punished as soon as the gunfire ceased.

“We were forced to run a gauntlet with National Guards and prison guards standing on each side with billy clubs, pickaxes, pipes and all kinds of long sticks,” Asbury told NBC News. “It looked like 30 to 40 of them lined up down the hallway with glass on the floor from windows. We were barefoot and naked. If you fell, they beat you until you could get up or until you were unconscious, and they picked you up and dragged you to the cell.”

In total, 43 people died during the siege: 32 prisoners and 11 hostages, including Quinn. The other 10 hostages who died were killed as the state police retook the prison under Rockefeller’s orders. Among the slain prisoners was L.D. Barkley, 21, who famously declared to the media, “We are men!”

Eventually the state of New York settled lawsuits and awarded the surviving hostages and the families of the people killed $12 million. It gave the same amount to 502 surviving prisoners who were victims of violence.

“I was almost beaten to death,” Asbury said. “But they said the extent of my injuries were not that bad.”