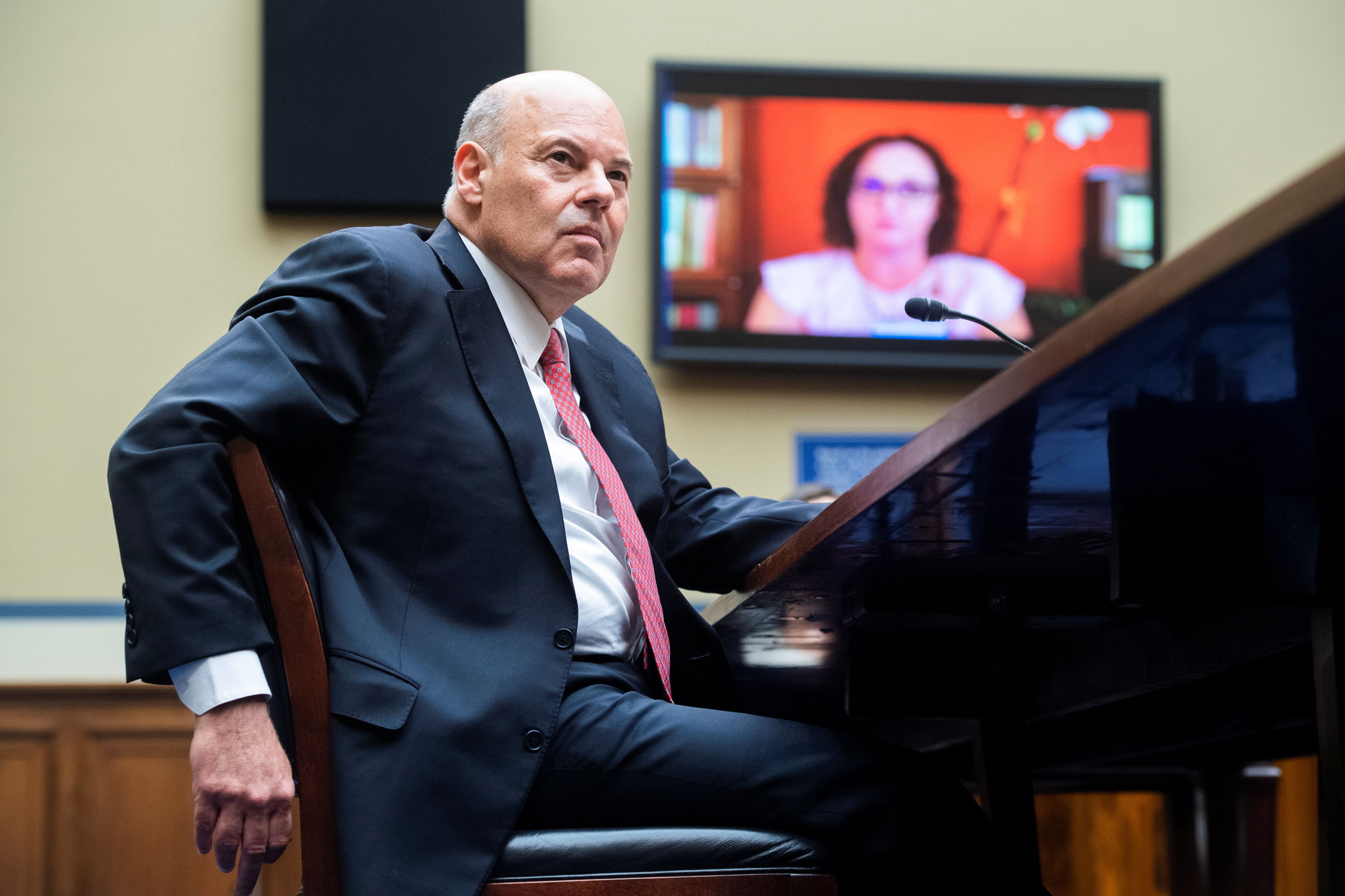 U.S. Postmaster General Louis DeJoy’s plan to make some mail service “permanently slower” is not exactly popular. Paul Steidler, senior fellow at the Lexington Institute and an expert on the postal service, recently described the new U.S. Postal Service policies “disastrous,” adding that mail service will be slower in the 2020s than in the 1970s.

The question is what, if anything, can be done about this. As NPR reported, a sizable group of attorneys general has an idea.

Attorneys general in 19 states and the District of Columbia filed an administrative complaint Thursday seeking to block U.S. Postmaster General Louis DeJoy’s 10-year budget-cutting plan that includes slower deliveries, more expensive mailing rates and reduced hours for post offices. The complaint brought by the 20 attorneys general demands that the Postal Regulatory Commission thoroughly review DeJoy’s plan in detail before fully rolling out the proposed changes that will affect service nationwide. The process would allow U.S. Postal Service customers to provide comments during a hearing before the commissioners.

To recap for those who may need a refresher, it was six months ago when DeJoy unveiled his “strategic plan” for the future of the Postal Service, and it was not well received. The Republican donor, chosen for the job by Donald Trump despite his lack of postal experience, presented a blueprint that included, among other things, higher rates, slower services, and reduced post office hours.

NPR’s report added that the Postal Service has also begun “increasing prices on all commercial and retail domestic packages extending through the holiday season,” with the temporary price increases scheduled to end the day after Christmas.

All of this has been widely panned, and over the summer, the Postal Regulatory Commission, which plays a USPS oversight role, was sharply critical of DeJoy’s plan, questioning its core assumptions.

That, of course, was around the time that the public learned that the controversial postmaster general was also facing an FBI investigation over a campaign-finance scandal.

While the Postal Regulatory Commission’s concerns did not stop the USPS from proceeding with the implementation of DeJoy’s blueprint, it’s now the basis for the pushback from the attorneys general.

“To date, the Postal Service has only submitted two requests for an advisory opinion [from the PRC], which represent only a small portion of the Plan’s scope,” the attorneys general alleged.

While we wait for this matter to be adjudicated, let’s also not forget that President Joe Biden still cannot fire the postmaster general, though he probably wants to. Earlier this year, White House Press Secretary Jen Psaki told reporters, “I think we can all agree — most Americans would agree — that the Postal Service needs leadership that can and will do a better job.”

As we’ve discussed, the governing board of the U.S. Postal Service can remove DeJoy, and the confirmation of Biden’s nominees to the board increased the odds that it might take such a step, but for now, there’s little to suggest his job is in serious jeopardy.

One of the Democratic board members is Ron Bloom, a Trump appointee who’s expressed support for DeJoy. In the spring, Bloom, who currently chairs the USPS board, told The Atlantic, in reference to the controversial postmaster general, “Right now, I think [DeJoy is] the proper man for the job. He’s earned my support, and he will have it until he doesn’t. And I have no particular reason to believe he will lose it.”