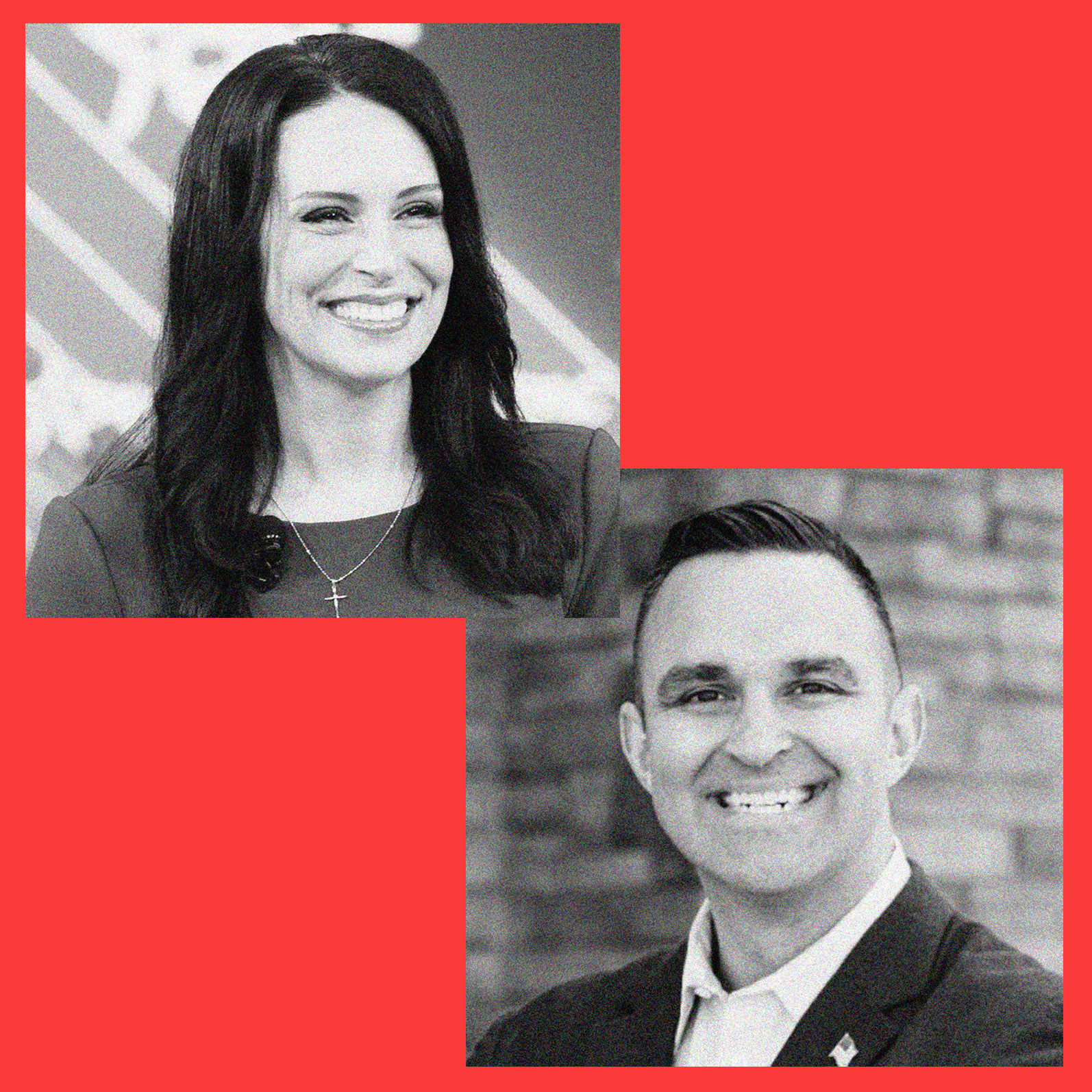 A major upheaval is afoot in Michigan’s Republican primary for governor, leaving the party with no obvious front-runner to challenge Democratic incumbent Gretchen Whitmer this fall.

Over the last 10 days, two leading contenders, former Detroit police chief James Craig and self-funding businessman Perry Johnson, were disqualified from the August ballot, their candidacy petitions rejected because of allegedly forged signatures. Conservative commentator Tudor Dixon, who had been polling in the single digits, earned the backing of Michigan’s highly influential DeVos family. And in the suddenly shrunken field, one poll showed fringe candidate Ryan Kelley — a real estate agent who attended the pro-Donald Trump rally that preceded the deadly riot at the U.S. Capitol on Jan. 6, 2021 — jumping into first place.

Craig and Johnson, whose disqualifications were upheld by other courts this week, were waiting for the state’s Supreme Court to rule on their appeals before a Friday deadline to certify primary candidates. But many in the GOP have been proceeding as if they won’t be reinstated. Party leaders and voters, meanwhile, are scrambling to reassess the five remaining candidates.

“We need to let all legal challenges play out, but regardless of what happens, I’m confident that our GOP field is not only strong but will have a clear path to defeating Whitmer in the fall,” Ron Weiser, the state party chair, said in a statement this week. “Whoever emerges victorious in August, the Michigan Republican Party will be ready with the proper resources to team up and not only fire Whitmer and her Democrat cronies but elect Republicans up and down the ballot.”

Michigan’s race for governor is expected to be one of the most competitive in the country this fall, given Whitmer’s national profile and the state’s status as a presidential battleground.

As for Kelley, several operatives closely following the race dismissed his surprise rise as a fluke attributable to the confusion surrounding the field and the last name he shares with the state’s longest-serving attorney general. Through Thursday, he had barely spent $10,000 on advertising, according to the ad-tracking firm AdImpact. He also boycotted a Thursday debate held during a Mackinac Island policy conference because he disagreed with a requirement that attendees show proof of vaccination against Covid or a negative test.

“This is really going to be a race between Tudor Dixon and Garrett Soldano,” said Andrea Bitely, who was a top aide to former Michigan Attorney General Bill Schuette, the GOP’s 2018 nominee for governor. “Tudor just got the backing of the DeVos family, which is huge. And Garrett Soldano … out of the remaining candidates, he is probably the most well-known.”

Jason Roe, a former executive director of the state party, sees a battle brewing between Dixon and the self-funding Rinke, whose campaign has already spent $2.3 million on ads.

“Tudor is widely seen as the candidate who matches up best” against Whitmer, Roe said. “It was difficult to see a path to victory. With Craig and Johnson off the ballot, that changes significantly. I think the DeVos family will help her address her biggest shortcoming, which is fundraising.”

Betsy DeVos, who served as Trump’s education secretary, and her husband Dick, a prominent businessman and past GOP nominee for governor, are towering figures in state politics and can help sway other donors. Their support positions Dixon to emerge at an opportune time.

“It’s been very interesting,” Dixon said in an interview Thursday. “Of course having a family like the DeVos family that has quite a bit of political history does certainly open eyes across the state — ‘OK, well they believe in her. Potentially this is a person that we can believe in, too.’ So it’s opened the doors to different mediums and different groups, and that’s been good.”

Trump, who has yet to endorse a candidate, may have tipped his hand in April, when at a Michigan rally he praised Dixon but did not mention any of the other candidates for governor.

Trump “likes to test the waters,” to see if a candidate he favors can “seize the moment,” said one Republican close to the former president’s political operation, referring to the April shout-out. “Not all candidates can seize the moment. It appears Tudor Dixon has.”

The source, who requested anonymity to share internal thinking, added: “I don’t see a world where he doesn’t get involved” by issuing an endorsement in the race.

It wasn’t supposed to be this complicated for Michigan Republicans.

Craig, with the strong name recognition he had earned from his time as the top cop in the state’s largest city, was seen as a prized recruit and indisputable early front-runner. He consistently led in primary polls, which also showed him to be Whitmer’s most formidable potential GOP challenger. He also had marshaled support from key players in the Republican establishment. And Johnson, a self-proclaimed “quality guru,” had emerged as a viable fallback and had spent $4.7 million on ads that helped catapult him into the top tier.

But both Craig and Johnson, as well as three lesser-known candidates, failed to submit the required 15,000 valid signatures to qualify for the ballot. State Election Bureau officials alleged widespread fraud among petition circulators, and the Board of State Canvassers upheld the agency’s recommendation that the candidates be disqualified from running in the primary.

For Craig, a political novice, the disqualification was another indignity in a campaign memorable for his vague answers and blunders — especially a clumsy rollout that included an awkward launch speech drowned out by protesters at a public park.

“It was really disappointing, because there was momentum leading into that launch,” Bitely said.

Craig, said Roe, “was coronated early, and that may have gone to his head a bit.”

“I think everyone underestimated how difficult it is to ramp up your first campaign in a statewide race in one of the most closely watched races in the country,” Roe added. “Law enforcement is much different than politics. I think that he would have been better served if he had run for something else first and then would have understood the process more.”

Despite his failures in running a conventional campaign, Craig told The Detroit News last week that he would consider running as a write-in candidate if his appeals were unsuccessful.

One Republican familiar with the race who asked for anonymity to speak candidly called the disqualifications of Craig and Johnson a “positive development.” Both, this Republican said, ran unimpressive campaigns despite being viable, and their weaknesses could have been more pronounced and consequential in a general election against Whitmer.

Whitmer’s popularity and approval ratings, which had dipped during the pandemic, have rebounded in recent months. A 49 percent plurality of Michigan voters said they approved of Whitmer’s job performance in a Detroit Regional Chamber poll released this week.

“The court-sustained removal of former frontrunners James Craig and Perry Johnson, along with the disqualification of three other gubernatorial Republicans, won’t change the makeup of this primary one bit,” Lavora Barnes, the Michigan Democratic Party chair, said in an emailed statement Friday. “The remaining crowded field of five candidates is just as extreme, sporting wrong-for-Michigan agendas that would ban abortion, decimate public education, and dismantle revenue sources for law enforcement and infrastructure.”