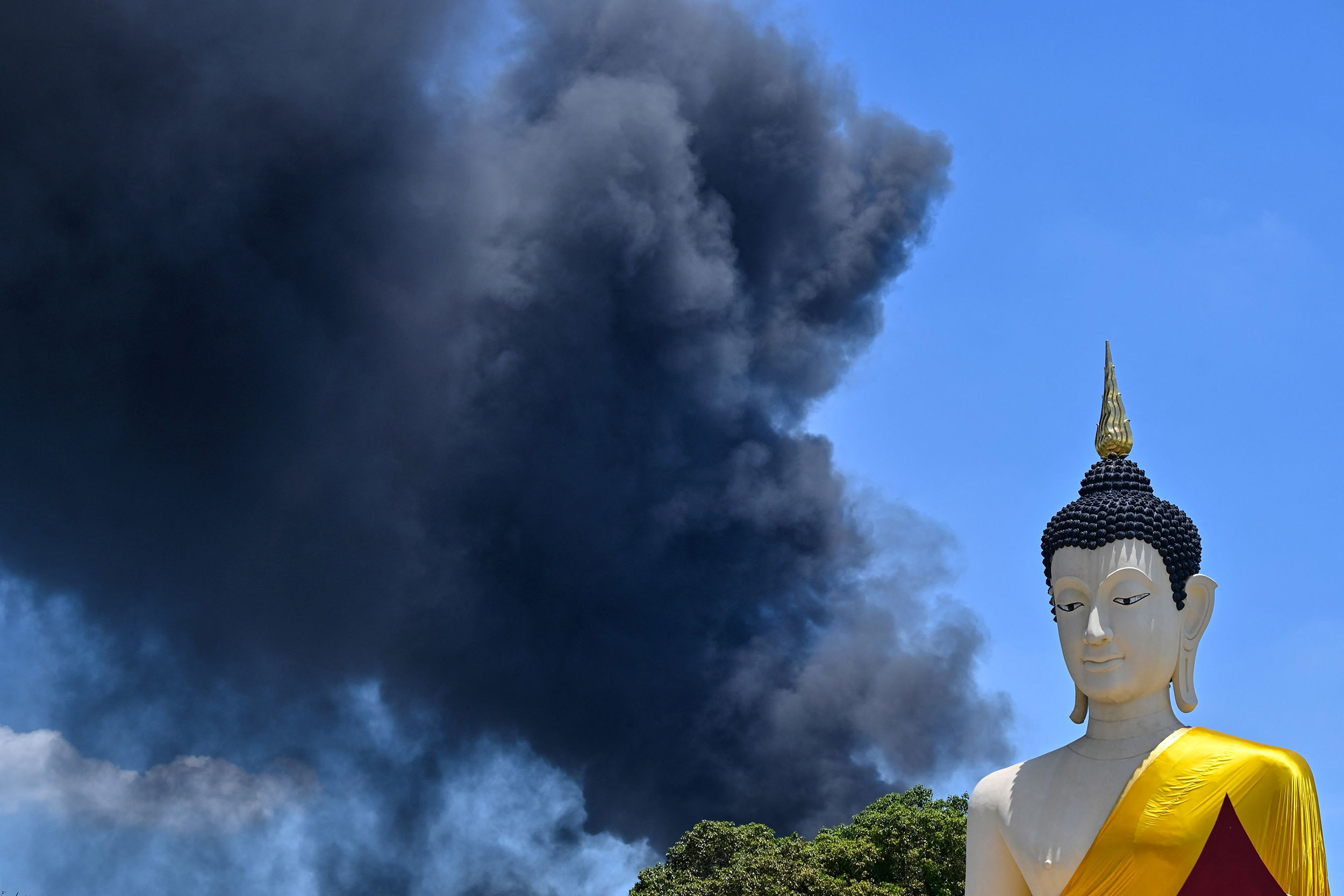 Thousands of people on the outskirts of Thailand’s capital were being evacuated Monday as firefighters battled blazes after a factory explosion that killed one rescue worker and wounded 29 people, officials said.

Residents in Samut Prakan province who live within a 3-mile radius of the factory, owned by a Taiwanese company, were being moved away as precaution, authorities said.

Local disaster authorities said 70 houses were damaged and fires were still being fought nine hours after the explosion in the early hours of Monday. The cause of the blast had yet to be determined.

“At first it felt like lightning. After that, I heard something drop loudly, and for a while the house started shaking like there was an earthquake,” said Baitong Nisarat, a resident.

The airport said flights and its operations were not impacted by the blast.