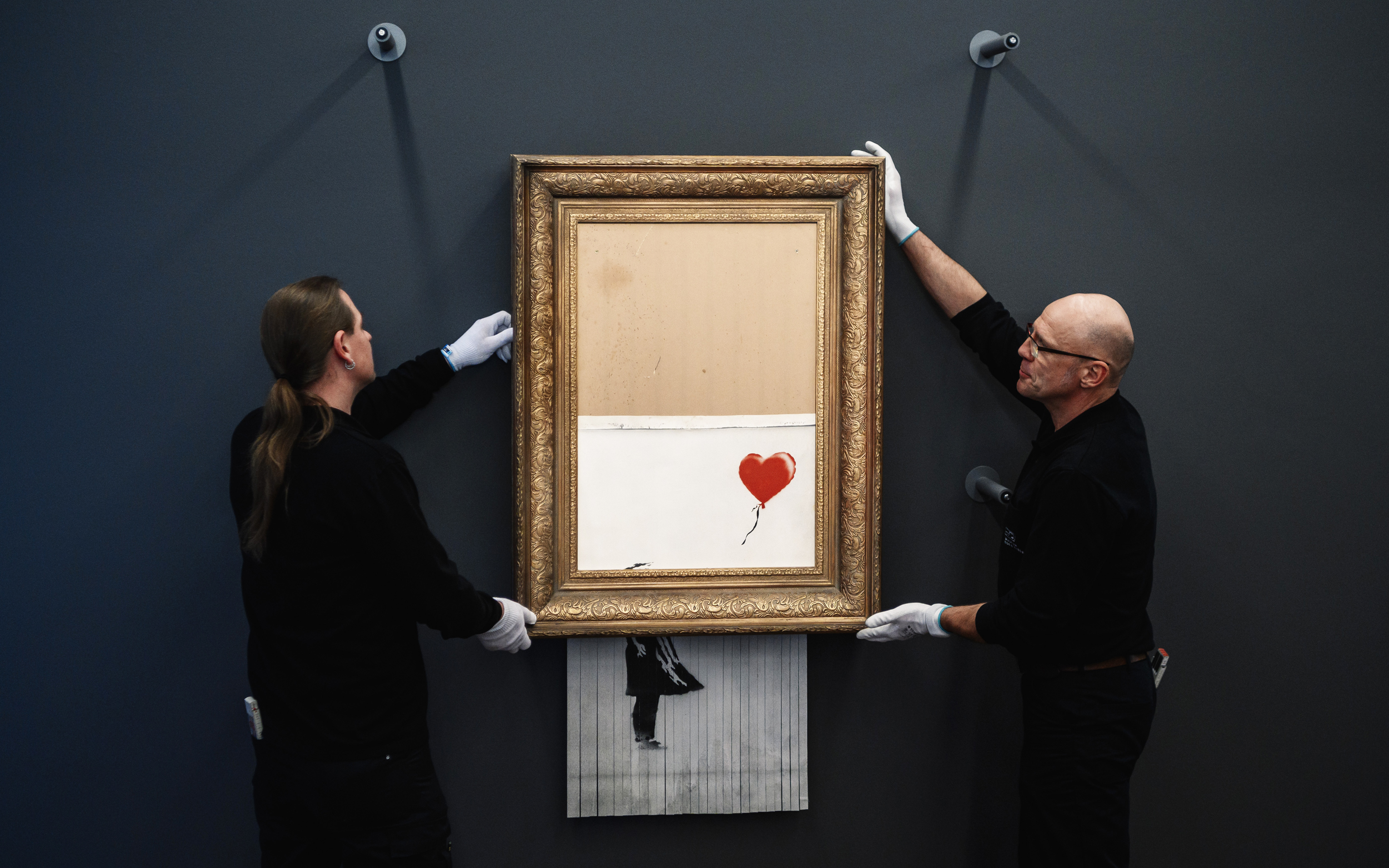 The self-destructing art piece created by Banksy sold Thursday for a new record for the mysterious British street artist, according to Sotheby’s auction house.

“Love is in the Bin” originally sold at auction in 2018 for about $1.4 million at Sotheby’s London in a viral stunt. The bottom half of the canvas of “Girl With Balloon,” arguably Banksy’s best known work, began to shred as soon as the gavel hit, sealing the original sale.

The partially shredded piece was placed for auction Thursday, where it sold for £18,582,000, or more than $25.4 million, the auction house announced. Thursday’s sale broke Banksy’s own record from March when their painting showing a boy playing with a toy nurse as a superhero sold for more than $20 million.

Banksy, the street artist whose real identity remains shrouded in secrecy, posted a video to Instagram that said they put a shredder inside the frame years ago, with a caption that read, “The urge to destroy is also a creative urge.” The quote was attributed by Banksy to Picasso, but was actually said by Mikhail Bakunin, a 19th-century Russian who was a leading theorist of anarchism.