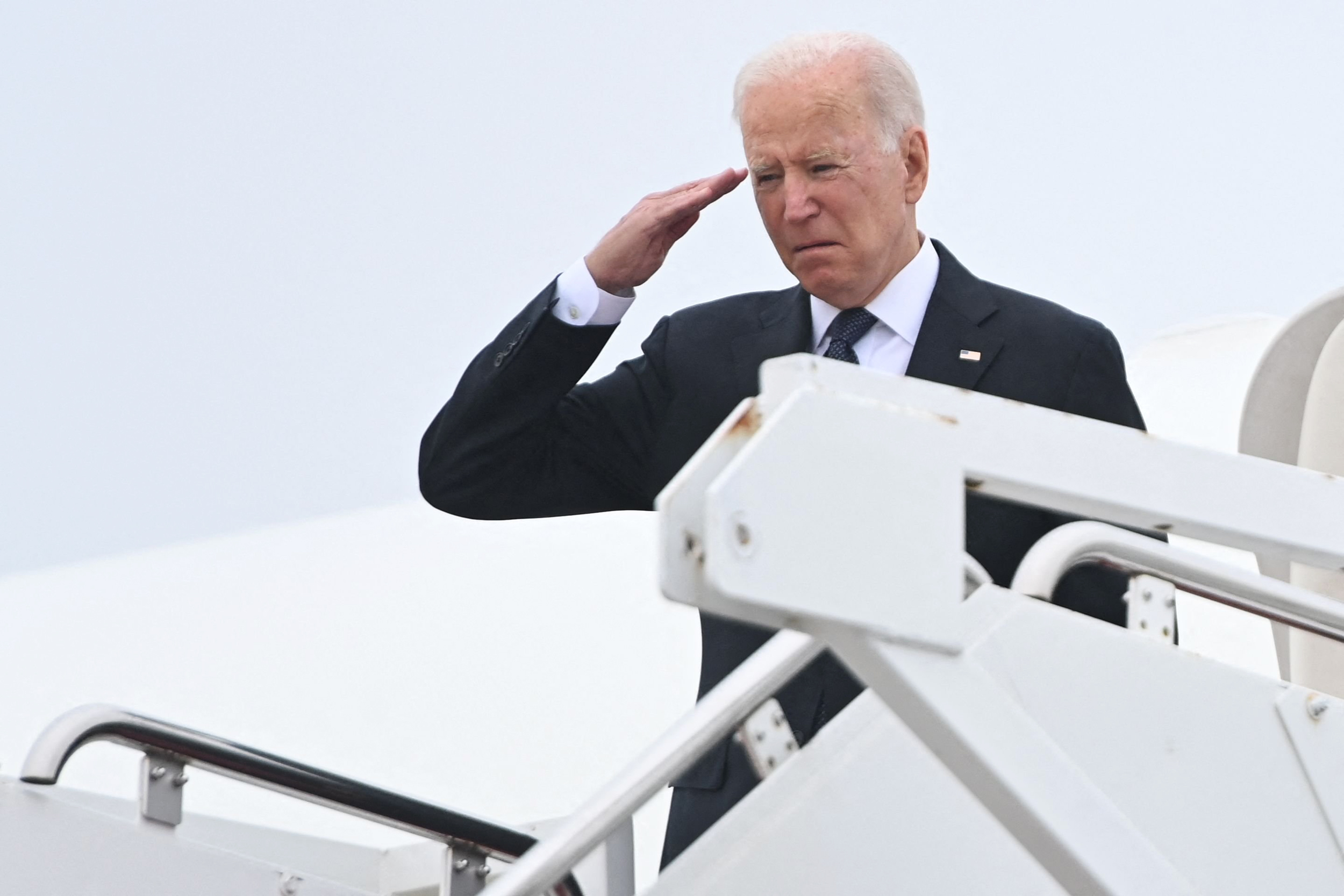 WASHINGTON — President Joe Biden and First Lady Jill Biden will attend a “dignified transfer” event Sunday to mark the homecoming of the remains of U.S. service members killed last week in the terror attack outside the airport in Kabul.

Dressed in black, the first couple arrived early Sunday at Dover Air Force Base in Deleware, where they are meeting with family members of the fallen service members. The service members were killed while guarding the Kabul airport as part of the airlift to evacuate Americans and Afghan refugees from Afghanistan’s capital, now in the hands of the Taliban.

In the solemn event scheduled for noon, the president and first lady, along with high-ranking military officials, will observe as flag-draped caskets are offloaded from a military transport plane.

Thirteen U.S. service members and at least 95 Afghans were killed in twin explosions Thursday. The self-proclaimed Islamic State terror group, which has battled with the Taliban, claimed responsibility for the suicide attack.

Addressing the nation earlier, Biden praised the Americans killed as “the spine of America” and vowed revenge on those who perpetrated the attack. “We will hunt you down and make you pay,” he said.

Authorities have been on high-alert for more attacks and the Pentagon said a U.S. drone on Sunday conducted a “self-defense” strike on a vehicle that posed “an imminent threat” to the Kabul airport.

“We are confident we successfully hit the target. Significant secondary explosions from the vehicle indicated the presence of a substantial amount of explosive material,” Capt. Bill Urban, a spokesperson for U.S. Central Command said in a statement. “We remain vigilant for potential future threats.”

The U.S. earlier launched a retaliatory strike Friday, killing two “high-profile” Islamic State targets in a drone strike in Afghanistan, according to the Pentagon.

The Dover base, in Biden’s home state, has been the major receiving point for the bodies of service members killed in the wars in Iraq and Afghanistan. It’s also the base where Biden’s late son, Beau, was deployed on his way to Iraq during a tour of duty with the Deleware National Guard. He later died of brain cancer.