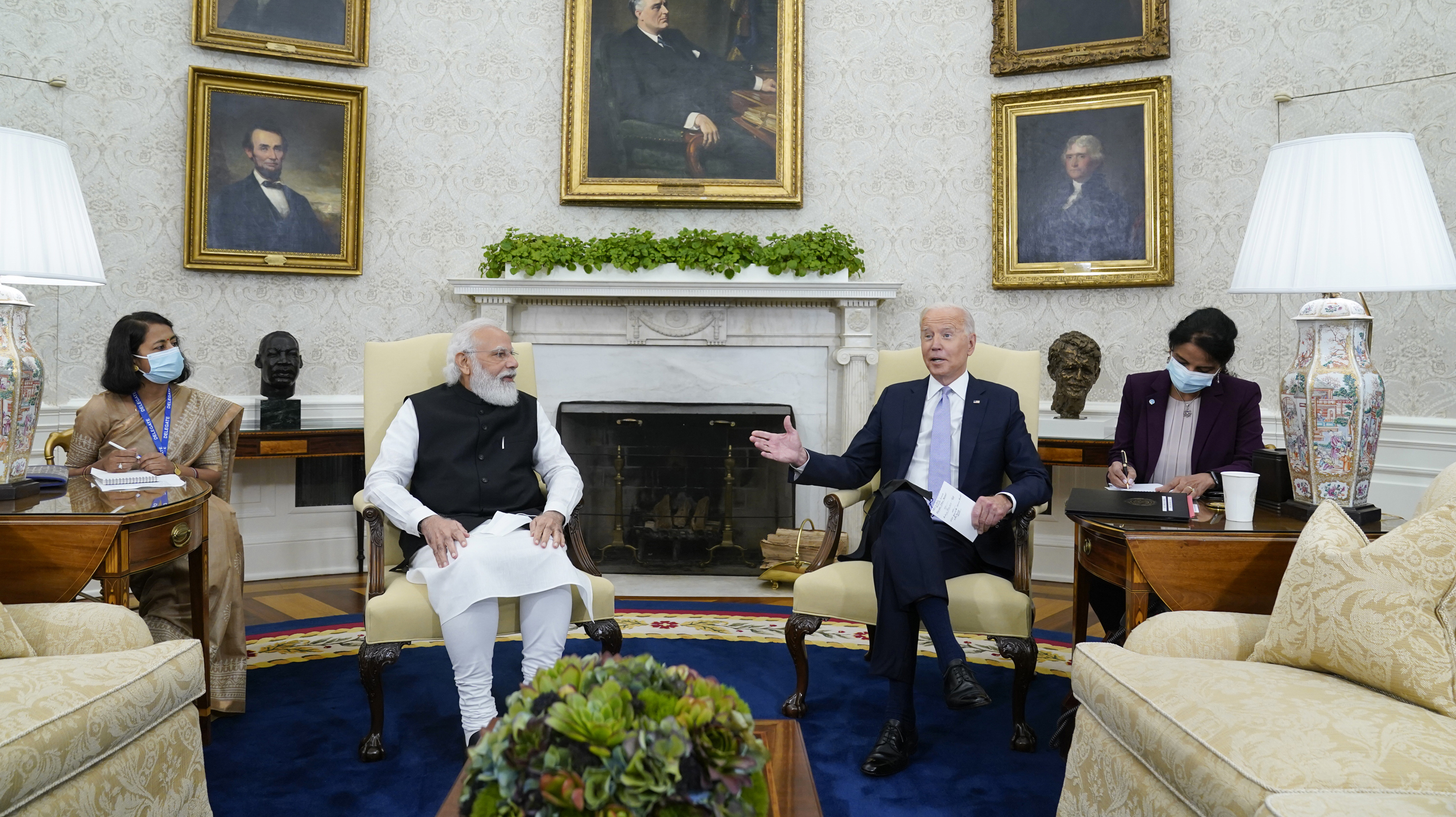 WASHINGTON — President Joe Biden will meet virtually with India’s Prime Minister Narendra Modi on Monday and is expected to discuss Russia’s invasion of Ukraine, a conflict on which India has maintained a neutral stance.

In a statement Sunday, White House press secretary Jen Psaki said Biden will “continue our close consultations on the consequences of Russia’s brutal war against Ukraine and mitigating its destabilizing impact on global food supply and commodity markets.”

India has continued to buy Russian oil products despite moves by the U.S. and Europe to limit or ban the imports of those energy supplies. Last month, the state-run Indian Oil Corp. bought 3 million barrels of crude from Russia to secure its needs, resisting entreaties from the West to avoid such purchases.

India isn’t alone in buying Russian energy, however. Several European allies such as Germany have continued to do so, despite public pressure to end these contracts.

U.S. and British officials visited New Delhi earlier this month and pressed India to denounce Russia’s actions in Ukraine. Russian Foreign Minister Sergey Lavrov, however, praised Modi’s government for looking at the war in Ukraine “in the entirety of facts” and not taking a “one-sided view.”

Lavrov also said Russia would be “ready to supply India with any goods which India wants to buy.”

Recently, India was one of 58 nations to abstain from the United Nations’ General Assembly vote to suspend Russia the 47-member Human Rights Council over accusations that the Russian military committed war crimes in Ukraine.

Psaki said Biden and Modi will also discuss cooperation on the Covid pandemic, climate change, the global economy and security issues in the Indo-Pacific.

Biden last spoke to Modi in March. Their virtual conversation will take place ahead of meetings Secretary of State Antony Blinken and Defense Secretary Lloyd Austin will have with their Indian counterparts.