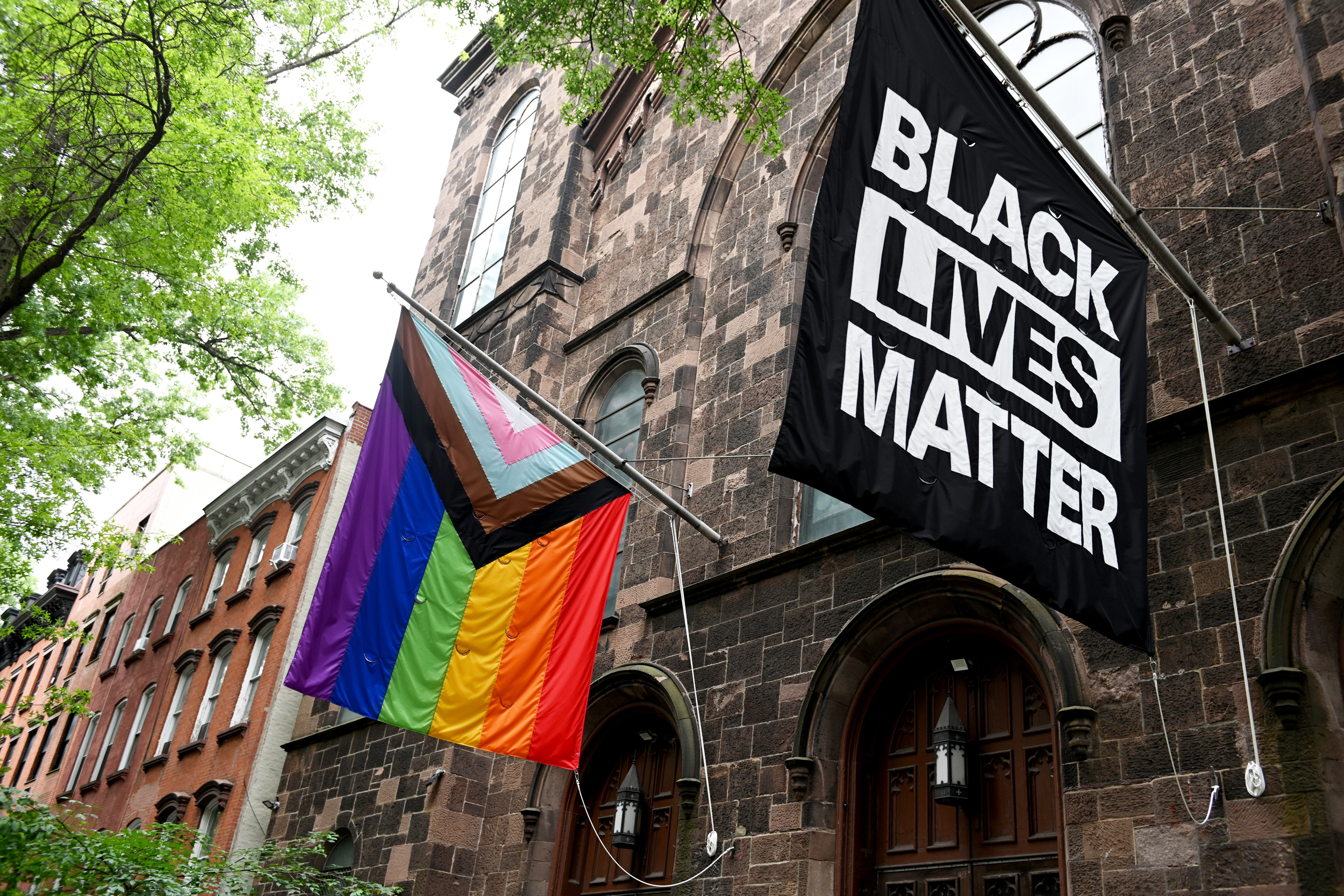 Black religious leaders and advocates are urging church members to signal support for the LGBTQ community as anti-LGBTQ legislation rises throughout the U.S.

Advocates highlighted the need to pass bipartisan federal legislation that protects religious liberty and LGBTQ rights in a virtual panel last week. State legislators have proposed at least 238 bills that would limit the rights of LGBTQ people just this year.

One of the experts on the panel, the Rev. Cedric A. Harmon, the executive director of Many Voices, a Black church organization promoting LGBTQ justice, said in an interview that it’s a critical time for religious leaders to speak up in support of the Equality Act, a bill that would solidify nondiscrimination protections for the LGBTQ community.

“This is something that the church, I think, often is too reticent to do — to speak out in support of legislation that addresses historical discrimination against the LGBTQ community,” said Harmon, who identifies as same-gender-loving and has worked with religious leaders to advance LGBTQ rights. “So this is the perfect moment to lift the voice of Black religious communities and Black religious leaders to say, ‘When we talk about LGBTQ concerns and issues, we’re talking about members of our own community.’”

More than 70 percent of Black LGBTQ adults are religious — either highly religious, 31.7 percent, or moderately religious, 39.3 percent — according to a 2020 report from the Williams Institute, a sexual orientation and gender identity research program at UCLA School of Law.

The Equality Act, which passed in the House in a 224-206 vote largely along party lines in February 2021, doesn’t have the 60 votes needed to bypass a filibuster in the Senate. Meanwhile, on the state level, Florida and Texas have recently been at the center of heated debates over LGBTQ rights.

In February, Texas Gov. Greg Abbott released a directive calling on “licensed professionals” and “members of the general public” to report the parents of transgender minors who appear to be receiving gender-affirming care. Texas has also banned trans youths from participating on school sports teams that align with their gender identities.

Panelists also called on members to denounce the epidemic of violence facing Black trans women. So far this year, six transgender and gender-nonconforming people across the U.S. have been killed in anti-trans violence; most of the victims were trans women of color, according to the Human Rights Campaign.

“This is a moment for church members who may have a trans member of their family to actually speak out about their love and concern for that member and bring that to their pastor or religious leader,” Harmon said.

The latest effort to protect LGBTQ rights follows a long history of advocacy within Black religious communities. During the civil rights era of the 1950s and the 1960s, Black churches played an integral role in the fight for integration. In 1957, Martin Luther King Jr. became the first president of the Southern Christian Leadership Conference, a group organizing nonviolent protests in the South.

“It is a community of organizers that has a deep understanding of what it is to be pushed out of the systems that should serve all of us,” the panel’s moderator, Kendra R. Johnson, the executive director of Equality North Carolina, an LGBTQ organization, said in a phone call.

Johnson, who is Catholic and lives in Durham, North Carolina, said the church should use its power to fight for the civil rights of everyone — yet that hasn’t always been the case. Harmon said discussions about sexual orientation and gender identity remain in the shadows.

Sontaia Briggs, the board president at Parity, an organization that focuses on the intersection of faith and LGBTQ identity, said it’s important to host conversations that help build affirm and build connections among non-LGBTQ and LGBTQ religious communities.

“It is really just about trying to bring all sides together,” Briggs said. “To understand that these two things can live in the same space — which is being queer and being a person of faith.”