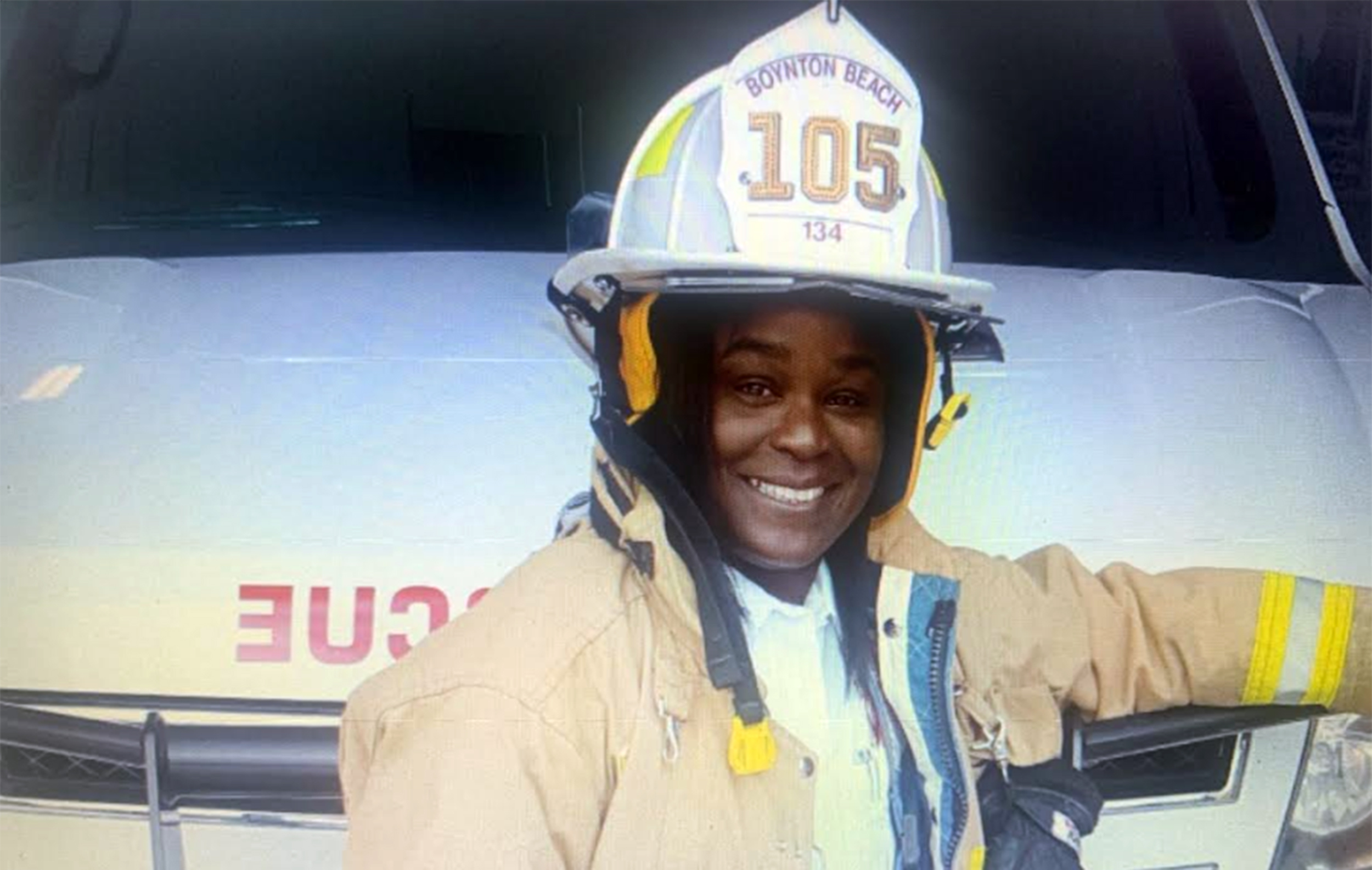 A mural unveiled last year depicting a Florida city’s first Black female deputy fire chief with a white face prompted a lawsuit, a public apology and the dismissals of two municipal employees — and it may soon result in an $80,000 payout.

The woman, Latosha Clemons, 48, sued the city of Boynton Beach, about 60 miles north of Miami, in April for defamation and negligence. Her depiction in the mural, hung at a fire station and presented on June 3, 2020, elicited embarrassment and anger, according to Clemons’ lawsuit.

“Being depicted as white was not only a false presentation of CLEMONS, it was also a depiction which completely disrespected all that CLEMONS — the first female black firefighter for the CITY — had accomplished, her determination, focus and hard work,” the lawsuit said.

Boynton Beach Mayor Steven Grant said Wednesday that called Clemons’ portrayal in the mural was “unacceptable.” He said the City Commission will vote Tuesday on an $80,000 settlement.

Grant said he wasn’t sure how the other four commissioners will vote, but said, “I’m in favor of it.”

Clemons on Wednesday declined comment. She referred questions to her attorney, Arthur Schofield.

“Ms. Clemons looks forward to putting this very hurtful event behind her and is hopeful that the City, through its commission members, will make the right decisions to allow her to do so,” Schofield said in an emailed statement about the potential settlement.

Clemons told NBC News last year that she did not attend the mural dedication, but shortly after the ceremony, she began receiving a flood of photos and texts from friends and colleagues.

“I had to suppress my emotions, but after the event a ton of emotions came over me,” Clemons said last year. “Growing up in the community where I grew up, you didn’t see Blacks, particularly Black women in the fire department.”

According to her lawsuit, Clemons was hired in 1996 and was the first Black woman in the department. Clemons rose through the ranks and attained positions of lieutenant, captain and battalion chief. In 2017, Clemons became a deputy chief. She retired in 2020, the lawsuit said.

The mural, which was supposed to highlight the history of firefighters in the city, was also to have featured the image of Glenn Joseph, a Black former fire chief. He was also replaced by a white face.

Schofield said the city fixed the mural and hung it back up in November 2020. The new version accurately reflected Clemons’ skin tone.

“It took her back to what she is — a black woman,” Schofield said.

Grant said the updated mural did not depict Joseph, at his request. After the unveiling in the summer of 2020, the city manager issued a public apology to both Clemons and Joseph.

Schofield said it’s still a mystery whose decision it was to depict Clemons as white. The lawsuit said she had approved how she would look in the mural before her skin complexion was altered.

“We’ve got people pointing the fingers at each other,” Schofield said. “We haven’t gotten a clear answer as to who did it, or why they did it.”

Grant said the mural’s change was meant to make people’s faces unrecognizable, similar to how people are depicted on Google Maps. But he acknowledges it was an unfortunate decision given Florida’s history as a Confederate state and the city’s history of segregation involving Black and Caribbean populations dating back to the 1920s.

“It had to do with the lack of racial equity of what is harmful and hurtful to other people,” Grant said. “So much of the culture was ingrained into the city. We are trying to inform everyone of what is appropriate in today’s society.”