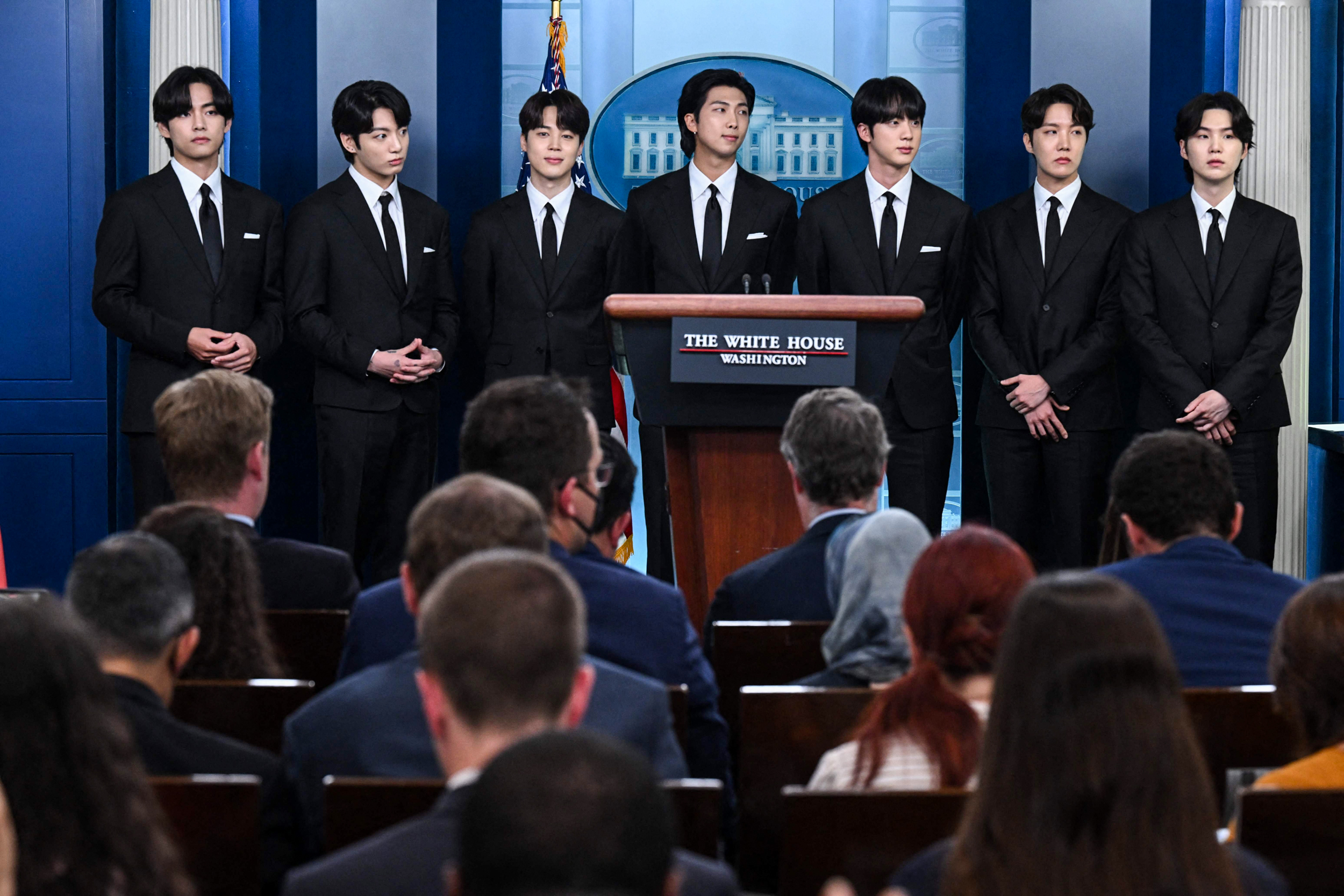 BTS made their appearance at the White House Tuesday, with nearly 300,000 fans streaming on YouTube, hundreds gathered outside the building and a packed briefing room.

The megapopular South Korean boy band had a private meeting with President Joe Biden before joining press secretary Karine Jean-Pierre to deliver their messages to the cameras. Each of the seven members gave a brief comment, with group leader Kim Nam-joon, known as RM, kicking things off.

“It is a great honor to be invited to the White House today to discuss the important issues of anti-Asian hate crimes, Asian inclusion and diversity,” RM said.

On the last day of AANHPI Heritage Month, BTS members said they were there to promote inclusion and talk with Biden about solutions to rising anti-Asian hate incidents. Aside from RM, who spoke in English, each group members’ message was translated from Korean.

“We join the White House to stand with the AANHPI community and to celebrate,” said Kim Seok-jin, known by stage name Jin.

“We were devastated by the recent surge of hate crimes, including Asian American hate crimes,” said Park Ji-min, who goes by Jimin. “To put a stop on this and support the cause, we’d like to take this opportunity to voice ourselves once again.”

The band nodded to their supporters, known as the BTS Army, who span countries and have been described as one of the most powerful fandoms in music.

“We still feel surprised that music created by South Korean artists reaches so many people around the world, transcending languages and cultural barriers,” group member Jeon Jung-kook, known mononymously as Jungkook, said. “We believe music is always an amazing and wonderful unifier of all things.”

BTS members have weighed in on anti-Asian hate in the past, even talking about their own experiences encountering racism during their global tours in a Twitter statement last year.

“We recall moments when we faced discrimination as Asians,” the statement said. “We have endured expletives without reason and were mocked for the way we look. We were even asked why Asians speak English.”

Fans posted their favorite moments on social media after the brief appearance.

“BTS delivering a speech at the White House in their native language and witnessing the world still listened to them is a historic moment for all of us,” one fan tweeted.

Sakshi Venkatraman is a reporter for NBC Asian America.