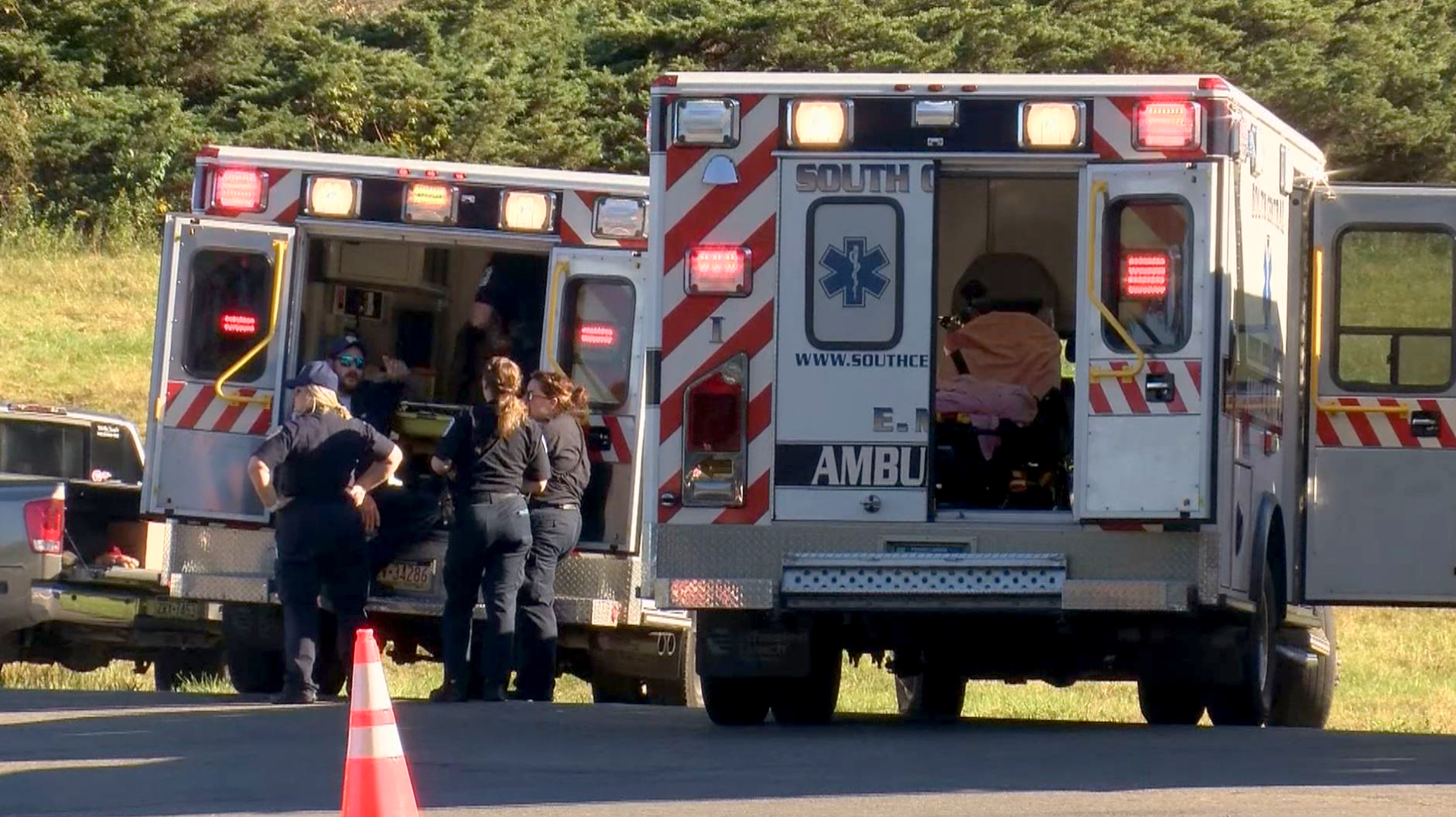 The coach bus was traveling on Interstate 81 in Schuylkill County when the driver lost control for an unknown reason and went off the roadway, according to Pennsylvania State Police. The bus traveled across State Route 25 and hit a guardrail before coming to rest in a wooded area about 50 yards from the side of the road, officials said.

Every person on the bus “suffered varying degrees of injuries” and were brought to nearby hospitals, police said.

“At this time we transported 32 to the local hospitals. Several went by helicopter, mostly by ground EMS to several hospitals throughout the county,” Tremont Fire Chief Brian Eisenacher said, according to NBC affiliate WBRE of Wilkes-Barre, Pennsylvania.

Five of the people who were on the bus were in critical condition, and one firefighter was treated for minor injuries, according to officials.

Eisenacher said at least 20 EMS units responded and had everyone en route to hospitals within an hour.

“Incidents like this take a lot of manpower to get people out of the bus and then down into ambulances that are waiting down here. It takes a pile of people to get something like this accomplished,” Eisanacher said.

The people on the bus were from Lives Changed By Christ Church in Lancaster County, WBRE reported. The church and the limo company that rented out the bus did not immediately respond to requests from NBC News for comment Monday.