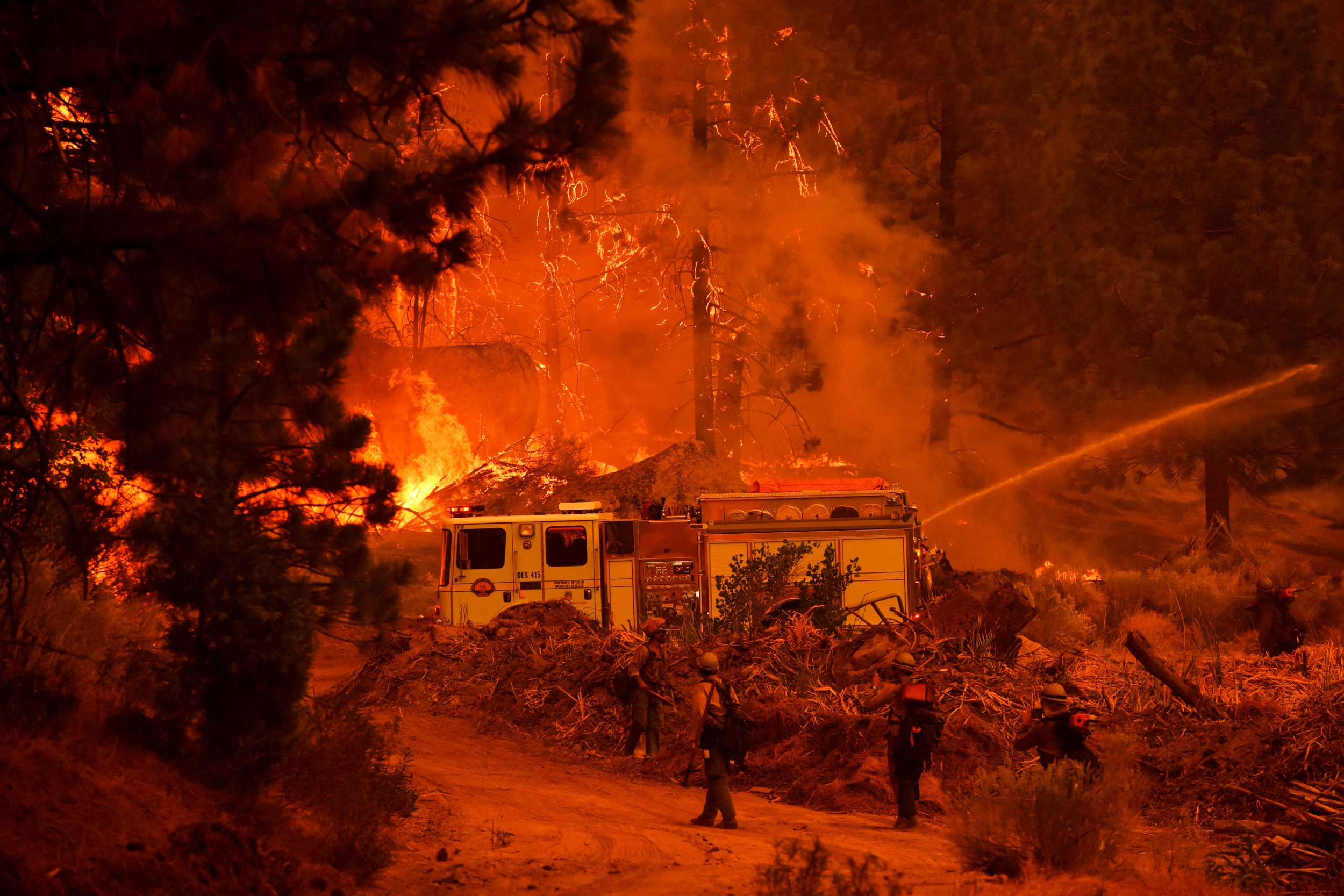 Newsom signed the spending bill while touring portions of the KNP Complex Fire, where some of the world’s oldest and largest sequoias have been threatened by wildfire in recent days.

“It’s an unprecedented investment by any state in U.S. history,” he said. “We have a responsibility in California to get things done because we are the tip of the spear.”

The climate package includes $5.2 billion for drought response and resilience, $3.7 billion for urban greening projects and coastal protection efforts, and $3.9 billion to fast-track the state’s goal of switching to all zero-emissions vehicles by 2035.

Newsom also approved nearly $1 billion in new spending to prevent wildfires, signaling a policy shift in a state that historically focused more on putting out fires than stopping them before they start.

California spent $3.4 billion on wildfire protection last year, more than quadruple the level 15 years ago and a reflection of the reality that wildfires are getting bigger and more destructive from climate change. Six of the state’s 10 largest wildfires have happened in the past two years.

But state officials have spent the vast majority of that money on extinguishing fires, a job that has become harder as the fires have gotten bigger and hotter. This year, Newsom and the state Legislature agreed to dramatically increase spending on prevention.

The initial outlay was about $500 million, but with a record-breaking budget surplus they were able to add nearly $1 billion more for a total of $1.5 billion.

Scientists have long warned that the weather will get wilder as the world warms. Climate change has made the West much warmer and drier in the past 30 years.

Most of the wildfire prevention money will pay for things like clearing brush and dead trees that act as kindling when fires start, causing them to quickly burn out of control before firefighters can contain them.

There’s money to hire inspectors to make sure newer homes built in the state’s wildfire-prone areas comply with building codes requiring fire-resistant materials. And there’s money for the state to intentionally set fires when conditions are right to burn away fuel that would otherwise help larger fires burn during the dry season.

Alicia Victoria Lozano is a California-based reporter for NBC News focusing on climate change, wildfires and the changing politics of drug laws.