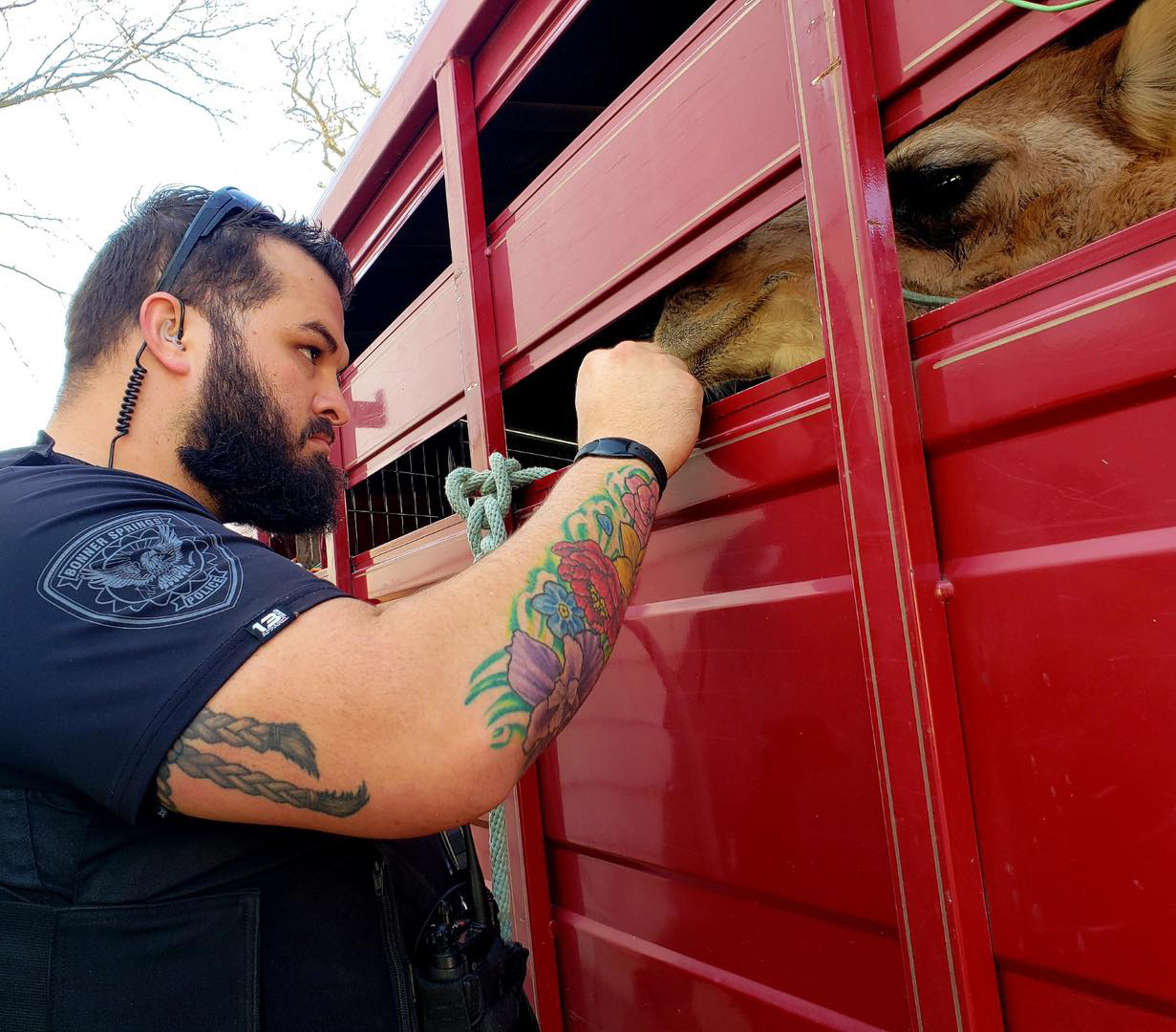 Residents in the Kansas City, Kansas, area probably learned why the three wise men preferred transportation by camel after one fled a local nativity scene over the weekend.

Officers and animal control spent all of Sunday attempting to wrangle the runaway camel, which made its escape Saturday night, according to the Bonner Spring Police Department.

The camel was part of a live drive-thru nativity display at the National Agricultural Center and Hall of Fame.

At one point, the camel ran around a golf course, sparking a golf-cart pursuit where officers “learned camels can run 40 mph,” the department said.

By the time the wandering camel was caught, it had also taken a stroll down the highway and visited some neighbors in the area.

“As what can only be described as a scene from another cop movie, ACO Anthony bailed out of her vehicle and went in foot pursuit on Nettleton where it was safely ‘taken into custody’ by lasso!” police said on Facebook. “Why is lassoing not taught in schools!”

“The camel was reunited with its owners and will go back to doing camel things,” Bonner Springs police said in another Facebook post.