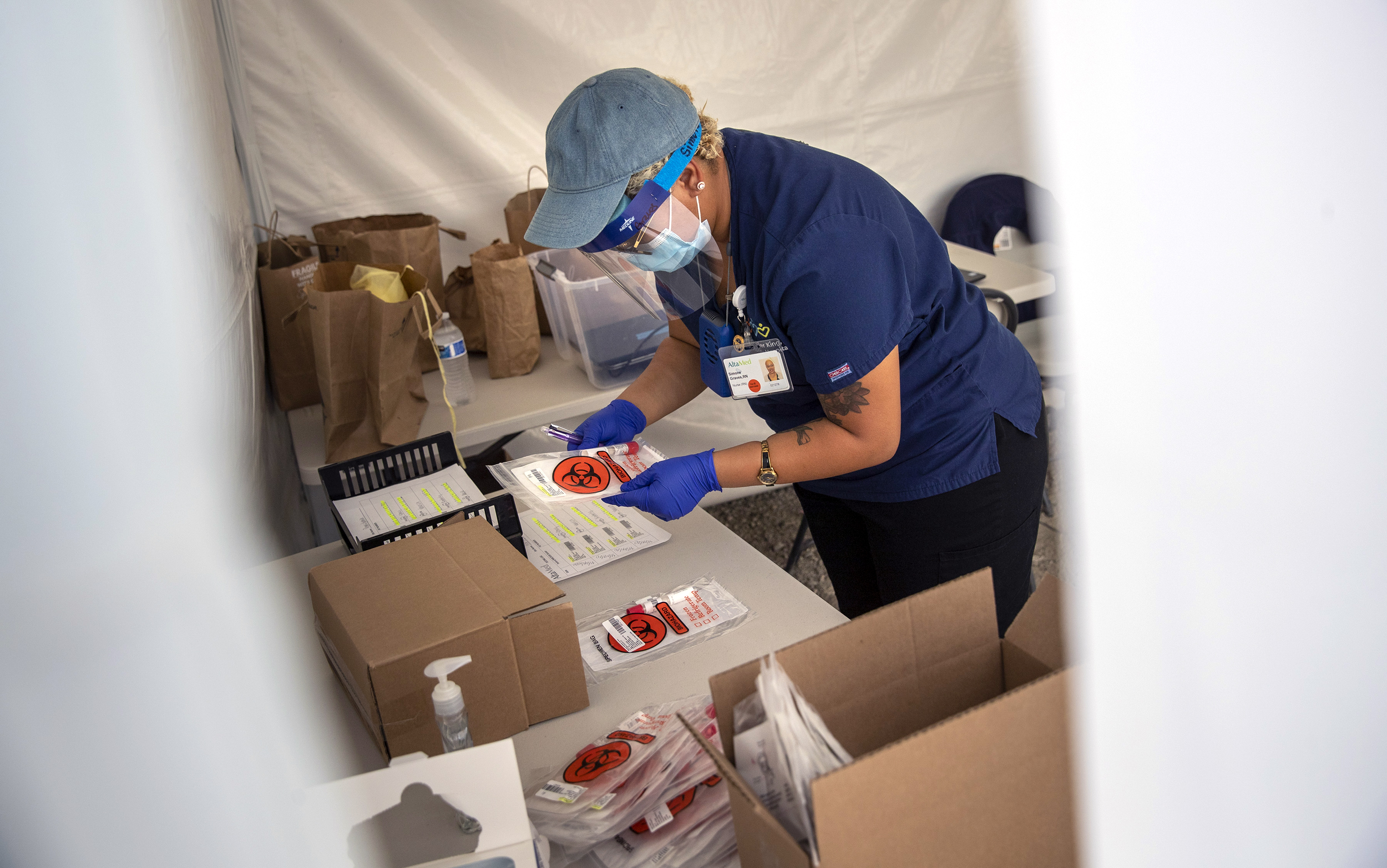 The first handful of omicron cases in the United States have been mostly mild, with most patients reporting symptoms such as cough or a runny nose, according to a report from the Centers for Disease Control and Prevention.

The findings, published Friday, offer an early glimpse into how people might fare against the heavily mutated Covid-19 variant, now in at least 22 states, though health experts stress it’s still too early to draw any strong conclusions on how it will spread in the country.

The agency’s five-page report looked at 43 people in the U.S. with a confirmed case of the new strain, one of whom was hospitalized. More than half of the people were young, between the ages of 18 and 39.

More than three-quarters were fully vaccinated, including a third who had also received a booster shot. Six cases had a previously documented Covid infection. A third of the people had recently traveled internationally, according to the CDC study.

The most commonly reported symptoms were cough, fatigue and congestion or runny nose. One vaccinated patient was hospitalized for two days and no deaths were reported, the report found.

The findings are in line with early reports from South Africa, where some doctors said the new strain appeared to cause milder symptoms in patients.

There are some caveats to the report, however. The CDC pointed out that it can take several days or weeks before severe symptoms appear in some individuals, and symptoms would be expected to be milder in vaccinated people and in those with a previous coronavirus infection.

Experts say it’s still too premature to draw any conclusions.

“We’re not out of the woods yet,” John Moore, a professor of microbiology and immunology at the Weill Cornell Medical College, said, noting that the report was “encouraging.”

“Only four cases were aged over 65, while 29 were under 40. Young people generally have milder infections, whatever the variant,” he said. “So we don’t yet know what omicron might do in much older and more vulnerable populations.”

Moore said another factor to consider is the vaccination status of the infected individuals.

“Here, 20 cases were in people with two doses, and 14 more in folks who had been given a booster dose. Only eight cases involved unvaccinated people.”

“It may be a more mild variant but we just don’t know yet. It’s too soon,” said Dr. Isaac Bogoch, an infectious disease specialist at the University of Toronto. Right now, “if you’re vaccinated, chances are you’re going to have a milder course,” he said.

The Biden administration is urging all eligible Americans to get a booster shot of a Covid vaccine, saying initial data suggest an additional dose will help strengthen protection against omicron and other variants. On Thursday, federal health officials expanded eligibility for boosters to include 16- and 17-year-olds.

The CDC wrote in the report Friday that boosters are “especially urgent” for those at higher risk for severe disease, such as people living in nursing homes and long-term care facilities.

People should also wear masks in an indoor settings or in areas with substantial or high transmission, the CDC said.