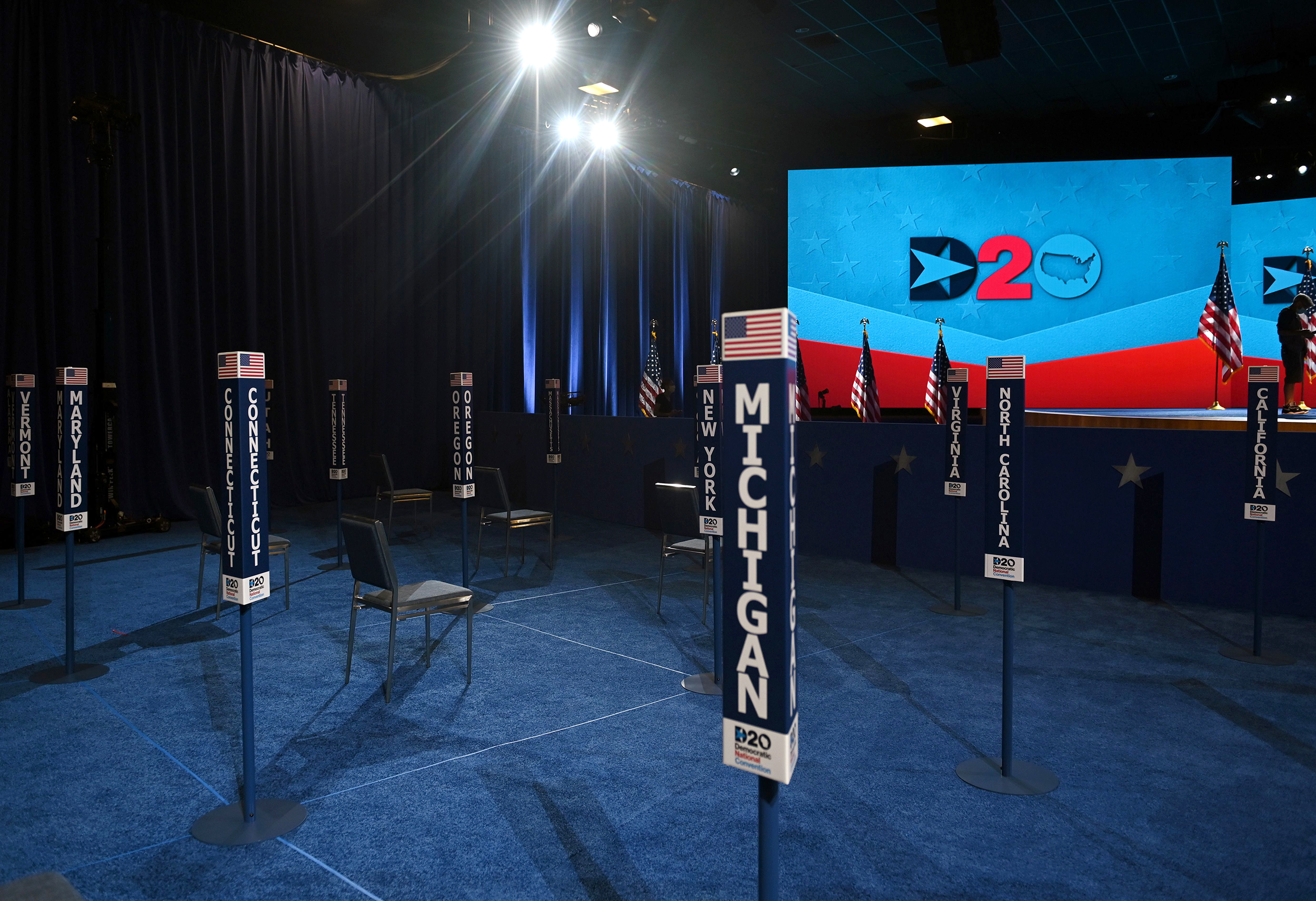 CHICAGO — The Windy City is officially bidding to host the Democratic National Convention — and billionaire Illinois Gov. J.B. Pritzker is promising to dig into his own pockets to help raise money to support the event.

The city offered its proposal Tuesday to the Democratic National Committee, featuring a video narrated by the Chicago-born rapper and artist Common. A highlight reel flashed images that included the Obamas, Michael Jordan, Lake Michigan and Chicago’s many neighborhoods.

NBC News in March first reported on the coordinated effort among Illinois Democrats to land the convention in Chicago. The DNC last month asked selected cities to submit their bids by May 27, among them Chicago, Houston and Atlanta. Early conversations among some national party members favored Illinois because it is in the Midwest and it is a state a Democratic nominee was sure to carry in 2024. Democrats here also hold both Senate seats, the Governor’s Mansion and the Chicago mayor’s office.

Fundraising efforts are already underway, and Pritzker himself has privately committed to make a personal investment, two sources with knowledge of the fundraising said. In January, Pritzker, a Democrat who is up for re-election this fall, moved $90 million into his campaign fund.

The bid, which did not specify a host convention site, argued that venues across the city could accommodate large-scale crowds, including United Center, where the Chicago Bulls and Blackhawks hold their games; it played host to the Democratic convention in 1996.

National Democrats are wary of the city’s crime, including gang activity, shootings and carjackings. Atlanta and Houston have undergone recent crime spikes, and homicides rose in cities across the country during the Covid-19 pandemic.

In its proposal, Chicago highlighted a long history of hosting large events in recent years, including the multiday Lollapalooza music festival.

“Chicago has a track record of successfully hosting premier, world-class events like the Democratic National Convention with pride, dedication and hospitality,” Mayor Lori Lightfoot said in a statement.