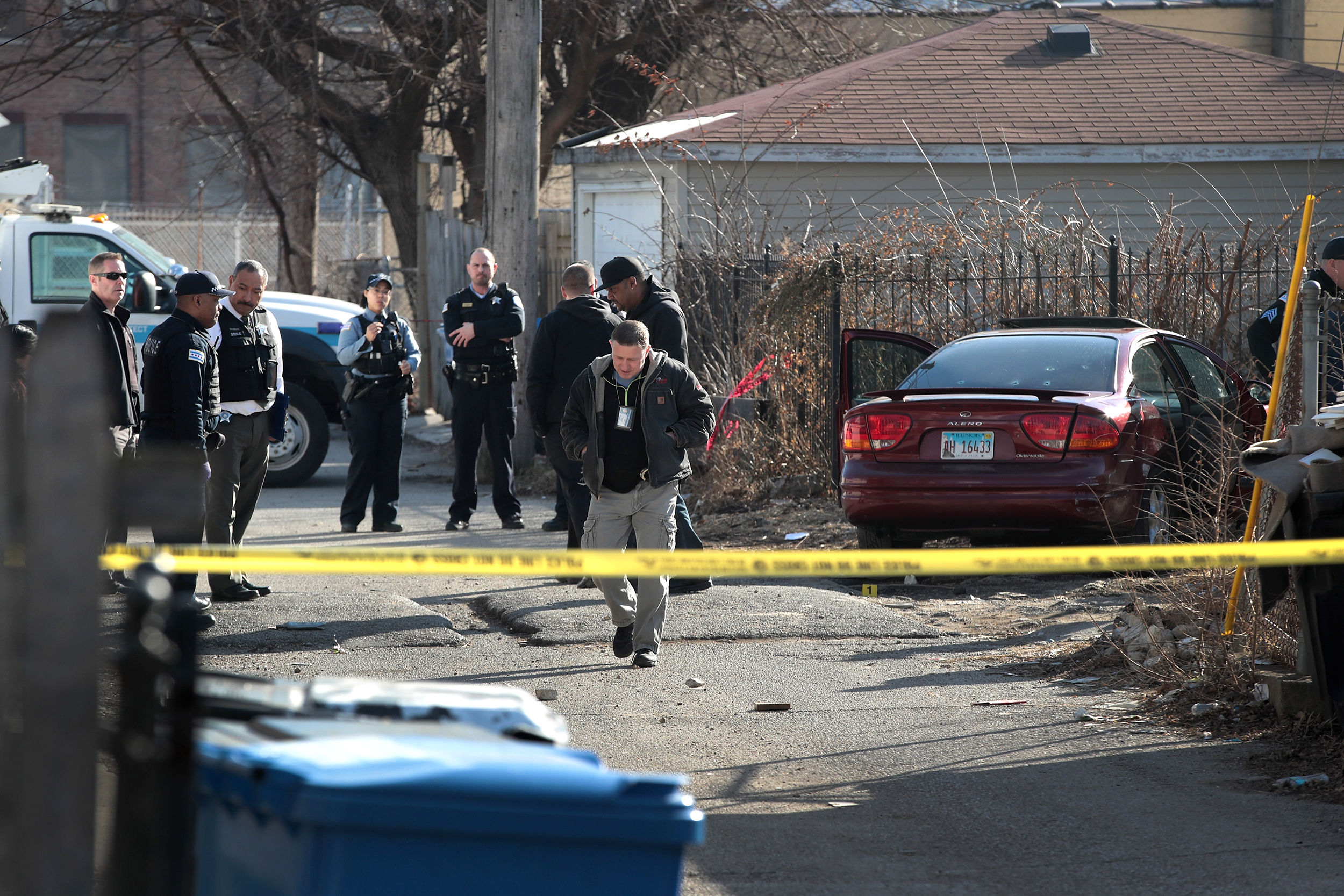 CHICAGO — As Chicago enters the tail end of another explosive year for gun violence, Mayor Lori Lightfoot is trying to help quell the bloodshed by pushing an ordinance that allows the city to sue gang members to seize their assets — a move many argue is misguided.

Lightfoot introduced the Victims Justice Ordinance last week, which would give the city the ability to file an action in civil court against “streetgangs, their leadership, and members who profit from illegal and violent acts” and permit the city to recover “compensatory and punitive damages, forfeiture of property, abatement, and injunctive relief when the defendant is found to have engaged in criminal gang activity.” It also would allow courts to fine an individual up to $10,000 for each offense and calls for the seizure of any property that gangs obtained through illegal means such as drug-dealing or other crimes.

“To be blunt and clear, we are going after their blood money,” Lightfoot said at a news conference last week. “Criminal gang activity imposes substantial costs on the city, residents and the neighborhoods where they operate. If we are successful, we will seize their assets and disrupt the financial lifelines that support this criminal activity and fuels their dominance in our city,” she said, adding that the strategy is an “additional tool” to go after perpetrators of violence.

While Lightfoot wants to hit at pockets, criminal experts said the tactic is ineffective as gangs, which are now mostly fragmented, are no longer the root of most of the gun violence in the city and that the ordinance could actually cause more harm to communities of color by adding another layer of legal entanglement and financial drain.

The city has contended with about 2,600 shootings this year, up 10 percent from the same time last year, according to thedata from the Chicago Police Department.

Despite data proving otherwise, Lightfoot has placed the blame on gangs, particularly gang leaders who she said are responsible for “portraying the most harm in our communities.”

Last year, the Chicago Police Department designated only 7 percent of nonfatal shootings as gang-related, down from 34 percent five years earlier, according to The Trace, a nonprofit media outlet devoted to gun-related news.

The nature and structure of gangs has radically changed in the last two decades, and the “kingpins” the mayor is talking about no longer exist, said Lance Williams, a professor of urban community studies at Northeastern Illinois University who also lives on the South Side of Chicago. This is an outdated approach to an outdated idea of what gangs are, he added.

Most “gangs” are loosely associated and disjointed and end up being people you grew up with or know somehow, but they are being labeled as officially organized gangs, which is not accurate, he said.

Williams said the police definition of gangs is not entirely clear and that anyone can fall indiscriminately into that definition, which leaves room for wrongful litigation under the proposed ordinance.

“Most of the violence is caused by interpersonal conflict, and the root of that is stress, poverty, desperation and hopelessness,” he said. This approach will only tie up already disenfranchised people into the legal system, and in the civil system, you pay everything out of pocket, so it will drain people of the little resources that they have with no real effect on violence, he said.

“The only solution to this problem is that you have to bring back economic viability to these areas where people are so removed from the economy,” he said.

The controversial proposal is making its way through local legislative channels and has yet to be enacted. The American Civil Liberties Union of Illinois has already advised City Council members to reject it.

“Taking property from people – including innocent family members and others – is not an effective way to reduce gun violence. Similar attempts have been tried in surrounding cities, and the public promises of forfeiture of gang member assets did not materialize,” Colleen Connell, executive director of the ACLU of Illinois, said in a statement. “The Mayor’s time would be better spent on the real work of reducing violence, which includes investing in communities, reforming police practices and expanding access to social and mental health services.”

The city has also been under tremendous criticism over its use of a gang member database that has erroneously labeled several people, particularly Black and Latino residents, with no history of gang membership or criminal involvement.

Chicago Police Superintendent David Brown said the database is still in use, the names in it “have been vetted” and an appeal process for those who believe they’ve been wrongly placed in the database is being finalized, the Chicago Tribune reported.

This legal hard line is far from novel.

“There is a long history of Chicago and other cities that have attempted to address what they perceive to be gang violence through things like injunction, gang databases, all of which have been failed attempts that have racked up litigation fees and have done nothing to address the underlying causes of violence,” said Sheila Bedi, a professor at Northwestern University School of Law and director of the Community Justice and Civil Rights Clinic.

Several counties outlying Chicago have tried the approach with nominal success. Cities like San Francisco and Fort Worth, Texas, have also experimented with similar strategies in the past.

The approach will actually harm Black and brown communities, said Bedi, because it will further disinvestment and provide another layer of targeting for these communities. All at the cost of Chicago taxpayers who will likely spend millions to defend this statute before they see a penny in recovery, she added.

“It’s using gangs as scapegoats, which for many people means young Black and brown people, as the root cause, as opposed to historic disinvestment from our neighborhoods,” she said. “It’s actually the exact opposite of what we need to do to address intercommunal violence.”