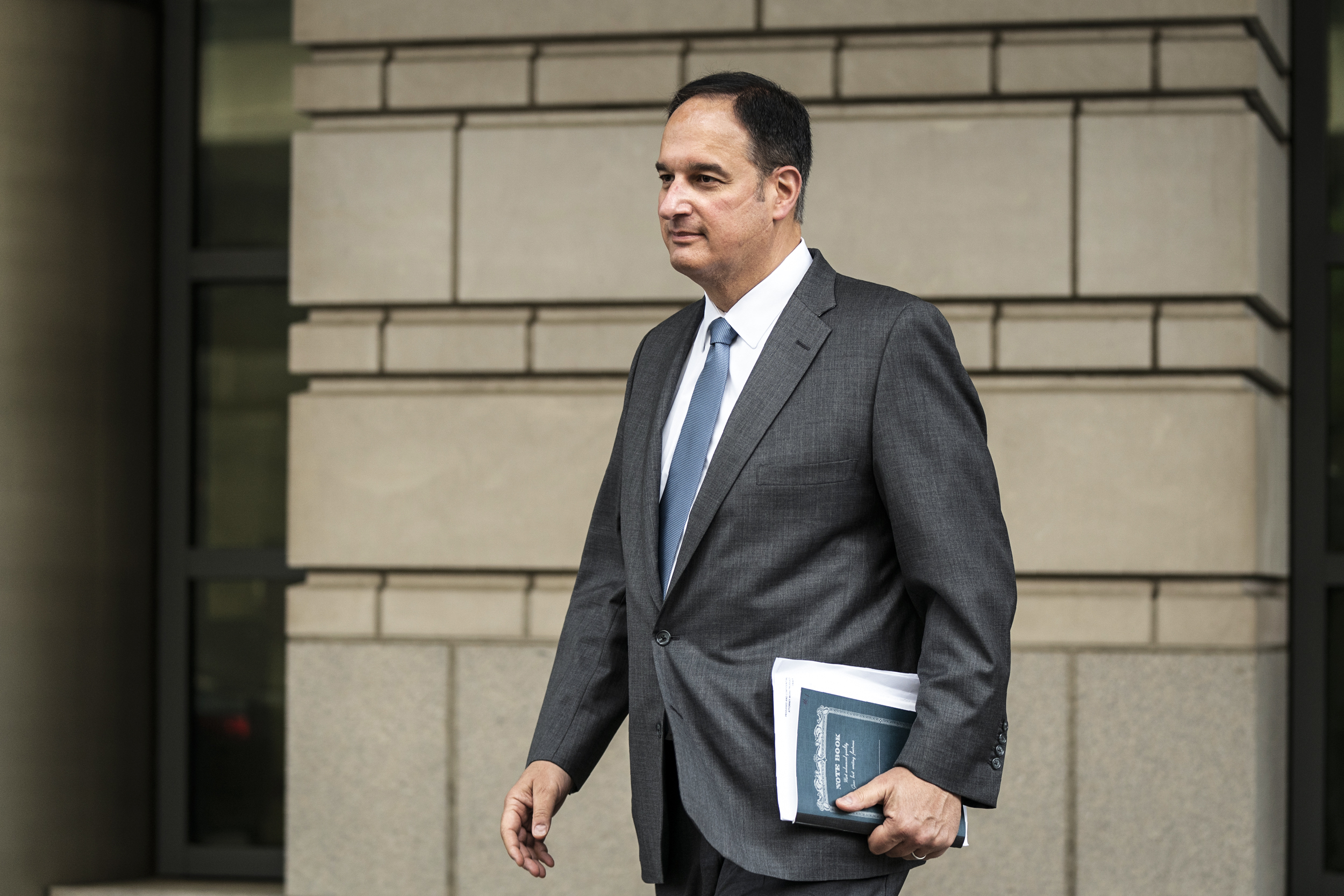 A federal jury in Washington on Tuesday found Hillary Clinton campaign lawyer Michael Sussmann not guilty on a charge of lying to the FBI.

Prosecutors from special counsel John Durham’s office had contended that Sussmann misrepresented himself during a meeting with the FBI’s general counsel in 2016 in hopes of orchestrating an “October surprise” against rival Donald Trump.

The two-week trial was the first arising from Durham’s three-year investigation into the origins of the Trump-Russia investigation.

“While we are disappointed in the outcome, we respect the jury’s decision and thank them for their service,” Durham said in a statement. “I also want to recognize and thank the investigators and the prosecution team for their dedicated efforts in seeking truth and justice in this case.”

Durham declined to answer reporters’ questions as he left the courthouse.

Sussmann told the media outside court that he was “grateful” to be able to put the ordeal behind him.

“Despite being falsely accused, I’m relieved that justice ultimately prevailed in my case,” Sussmann said. “As you can imagine, this has been a difficult year for my family and me. But right now, we are just grateful for the love and support of so many during this ordeal,”

In closing arguments Friday, Assistant U.S. Attorney Jonathan Algor told jurors that Sussmann “used his privilege as a high-powered Washington lawyer, as a former DOJ prosecutor, and as a friend … to bypass normal channels and to expedite a meeting with the FBI’s [now former] general counsel,” James Baker.

The case centered around prosecutors’ claim that Sussmann told Baker during the meeting that he was passing on the information as a concerned citizen, and not passing on behalf of any client. Algor told jurors that in actuality, Sussmann was there on behalf of two clients — the Clinton campaign and Rodney Joffe, the technology executive who oversaw research into Alfa Bank.

Sussmann lawyer Sean Berkowitz pointed out to jurors that there was conflicting information from Baker and others over the years about what Sussman said in the meeting. Berkowitz also said Sussmann was not acting on the campaign’s behalf — particularly because the campaign was mistrustful of the FBI over its well-publicized investigation into Clinton’s emails.