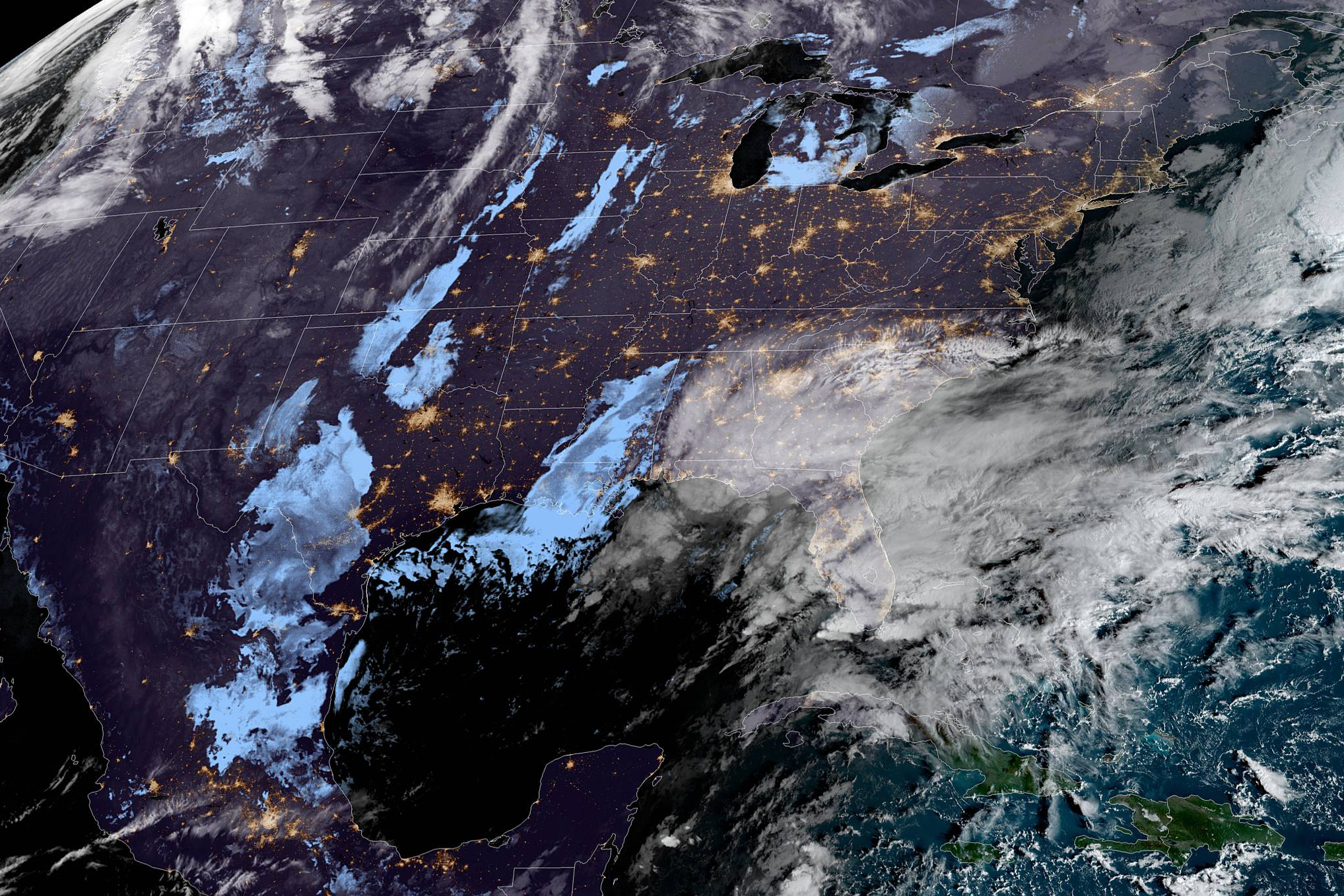 A storm off the Southeast and Mid-Atlantic coast will bring the risk for heavy rain, strong winds and coastal flooding starting Friday and lasting through the weekend.

On Friday, the storm was expected to produce very heavy rain with rainfall rates of 2 to 3 inches per hour for portions of Florida and southern Georgia. By Saturday, the heaviest rain will shift north and east to spread across the coastal Carolinas.

Wind gusts were forecast to be as strong as 60 mph along the coast, and rainfall amounts were expected to be 1 to 3 inches with locally higher totals of up to 5 inches in spots.

The greatest impact could be the coastal flooding, where 7 million people were under coastal flood alerts as of Friday morning stretching from the east coast of Florida into the Mid-Atlantic.

Off Virginia Key, water levels were already running above predicted levels and if the trend continued, the water level forecast for high tide around 10 a.m. would be the highest tide of the year so far and a new record high for the date, according to the University of Miami.

Over the weekend, the strong onshore winds combined with high astronomical “King Tides” associated with the New Moon will lead to moderate to major coastal flooding along the South Carolina and North Carolina coast.

According to National Oceanic and Atmospheric Administration, a King Tide is a non-scientific term people often use to describe exceptionally high tides, and usually the highest tides of the year for a given location.

King Tides cause higher water levels because it represents a time when positions of the sun and moon are in favorable positions to elevate water levels. Tides are long-period waves that roll around the planet as the ocean is “pulled” back and forth by the gravitational pull of the moon and the sun as these bodies interact with the Earth in their monthly and yearly orbits.

Fall is a season for King Tides, and we are approaching the peak of November “king tides,” which will keep water levels elevated through early next week.

Charleston, South Carolina could see major flooding with roads covered and the possibility for buildings to get inundated.

The National Weather Service in Charleston, provided strong wording in their area forecast on the potential for significant coastal flooding.

“Expect road closures, including many parts of the Charleston downtown and surrounding areas, along with Route 80 between Tybee and the mainland to be flooded. Vulnerable properties could also flood,” their warning said.

Coastal flooding in Charleston, specifically, was anticipated to begin as early as during Friday morning’s high tide.

The latest water level forecast of 8 feet in Charleston on Saturday is rare for the area. By comparison, only about 3 percent of all flooding tides reach that level in Charleston. In fact, meteorologist Jeff Masters noted that the forecast for Charleston is for a level that has only been exceeded five times since 1934.