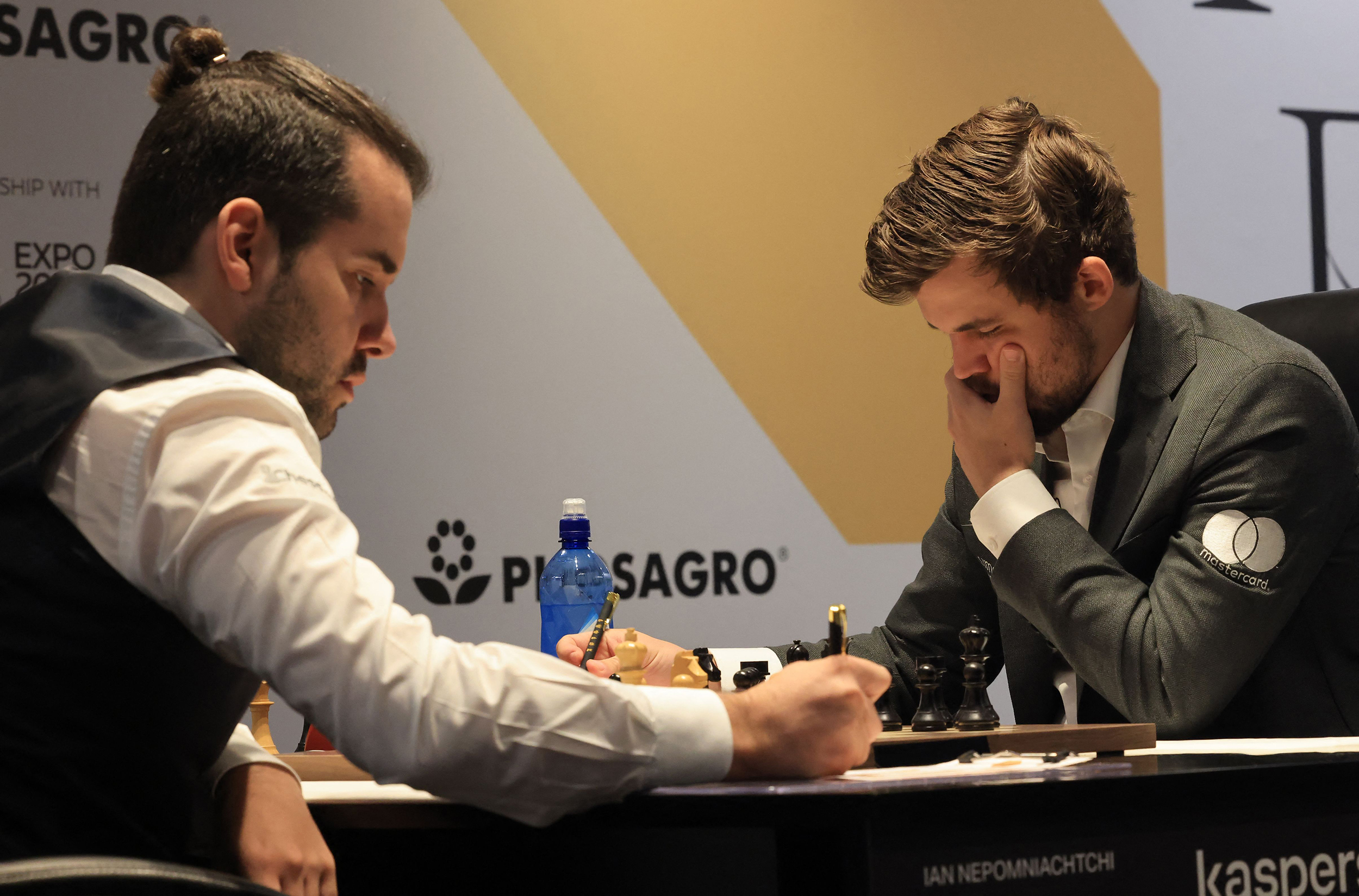 For years, powerful chess computers have been crucial partners for the game’s best minds. Ever since then-champion Garry Kasparov lost a match in 1997 against an IBM supercomputer, chess programs have surpassed what humans are capable of. Anand remarked in 2013 that even chess engines on mobile phones can almost always beat the best human players.

But instead of wasting their time playing against computers, many high-level players now rely on them for training. Chess engines can help players analyze and memorize ever more openings and positions — often called “theory” — some of which are hundreds of years old.

Peter Doggers, the news and events director for Chess.com, said that’s a logical extension of the preparation that’s always been done.

“They’re doing what players have been doing since at least the 16th century, when the Spanish bishop [Ruy López de Segura] was inventing the Spanish Opening,” he said. “They are expanding theory, they are researching moves — mostly the possibilities of moves in the opening phase.”

Doggers rejects the idea that chess engines will make the game obsolete by training the top practitioners to play “perfect” chess. Nepomniachtchi was thought to have an edge with his access to a sophisticated supercomputer that allowed him to evaluate tens of millions of chess positions per second during his preparations. But his pending defeat undermines the idea that training with computers gives chess players an unbeatable advantage.

“Both had access to more or less the same machine help,” Doggers said of Carlsen and Nepomniachtchi. “Their differences are because they still have a human understanding of the game, and humans still have to make some of the decisions.”

What’s more, chess experts say Carlsen won the latest games in part by departing from the ideal sequence that Nepomniachtchi might have expected from his computerized analysis — a particularly human trick.

“Carlsen has been trying to do this the whole match, which is to take the game out of what we call the ‘theory book’ early so that he [Nepomniachtchi] is forced to think on his own,” Anand said. “In the first five games, Ian was able to match up to this and cope pretty well… but in game six it seemed that psychologically he collapsed first, and Magnus has been rampaging after that.”

Anand stressed that computers do make a difference, and not just to grandmasters. Chess engines are now available to almost anyone, as well as internet access to better teachers, better teaching materials and an enormous online database of played games.

“The average level in chess is definitely going up, and the grandmasters at the top have much more sophisticated concepts that they’re able to play because they’ve been exposed to them,” he said.

Humans, however, remain human, as the match between Carlsen and Nepomniachtchi shows.

“Both of them were playing interesting, fascinating chess, but the level of mistakes was quite high because of the tension and the pressure,” Anand said. “In the end they crumbled, like humans have done for centuries.”

Tom Metcalfe writes about science and space for NBC News.