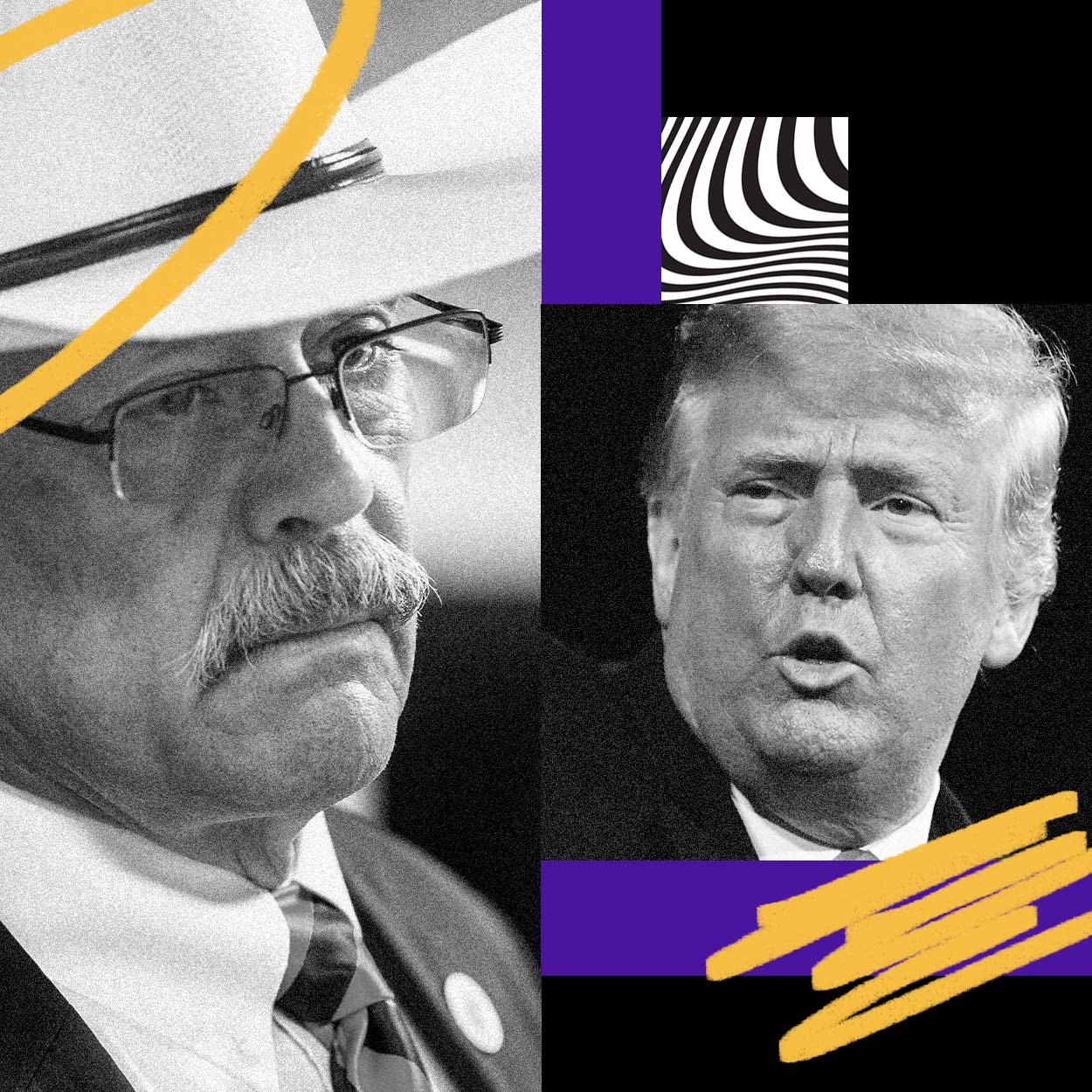 Keep your eyes on Arizona.

It can be easy to see the state Republican Party as a clown show — the repeatedly dismissed claims of election fraud, the ballot inspections by black light and the intraparty rancor make it easy.

But Donald Trump’s recent endorsement of a QAnon-following, insurrectionist-sympathizing crackpot to become Arizona’s next secretary of state shouldn’t tickle you. It should concern you.

Mark Finchem is a state representative from Oro Valley, a small town in southern Arizona. He attended the Jan. 6 rally held right before insurrectionists waged an attack on the U.S. Capitol, and he shared text messages showing he was communicating with the rally’s organizers around that time. Finchem has refused to release all of his text messages and communications from the time the insurrection was underway, but that day he posted on social media that the violence was “what happens when the People feel they have been ignored, and Congress refuses to acknowledge rampant fraud.”

In a statement last week, Trump said he was endorsing Finchem because of “his incredibly powerful stance on the massive Voter Fraud that took place in the 2020 Presidential Election Scam.”

There is no evidence that voter fraud affected the outcome of the election. But conservative rioters attacked police and besieged the Capitol while pushing the lie that widespread election fraud occurred in districts with large Black and brown populations. Just last week, Finchem called for “statewide door-to-door voter verification,” without explaining what that would entail.

If he were to win the Republican nomination for secretary of state and next year’s general election, Finchem would have the power to certify — or not certify — election results, voting machines and eligible candidates in Arizona.

And make no mistake: Installing a pro-Trump sycophant as the top election official not only would drastically alter Arizona’s political trajectory, but it would also have huge implications for the rest of the country. Phoenix, the state’s metropolitan center, is the country’s fifth-largest city, and it was the fastest-growing large city in the U.S. over the past decade. That population growth has made Arizona more ethnically diverse and progressive over the years, paving the way for Democratic wins across the state in last year’s elections — including Joe Biden’s presidential victory.

Finchem is just the latest conservative white man in Arizona to test how far white rage can take him.

Although Mark Finchem is a clownish character, his candidacy is no joke. In a lot of ways, Arizona and the deranged Finchem candidacy could be a harbinger for the rest of the country. It’s no coincidence that Arizona has become the site of some of the country’s most virulent opposition to progressive, multiethnic democracy. This type of political showdown has a long history in the Copper State, where white politicians have stoked white voters’ racial animus to consolidate power. Mark Finchem and Donald Trump are just the latest to try.

When Republican Sen. Barry Goldwater of Arizona ran for president in 1964, he was widely condemned by civil rights leaders for his opposition to civil rights laws. Martin Luther King Jr. said Goldwater, who opposed the 1964 Civil Rights Act, “articulate[d] a philosophy which gives aid and comfort to the racists.”

For decades, Maricopa County Sheriff Joe Arpaio oversaw a brutal regime in Arizona that preyed upon Black and brown Arizonans, including a tradition of targeting and terrorizing immigrants.

Finchem is just the latest conservative white man in Arizona to test how far white rage can take him, and he’s betting that the former president’s endorsement will give him a boost.