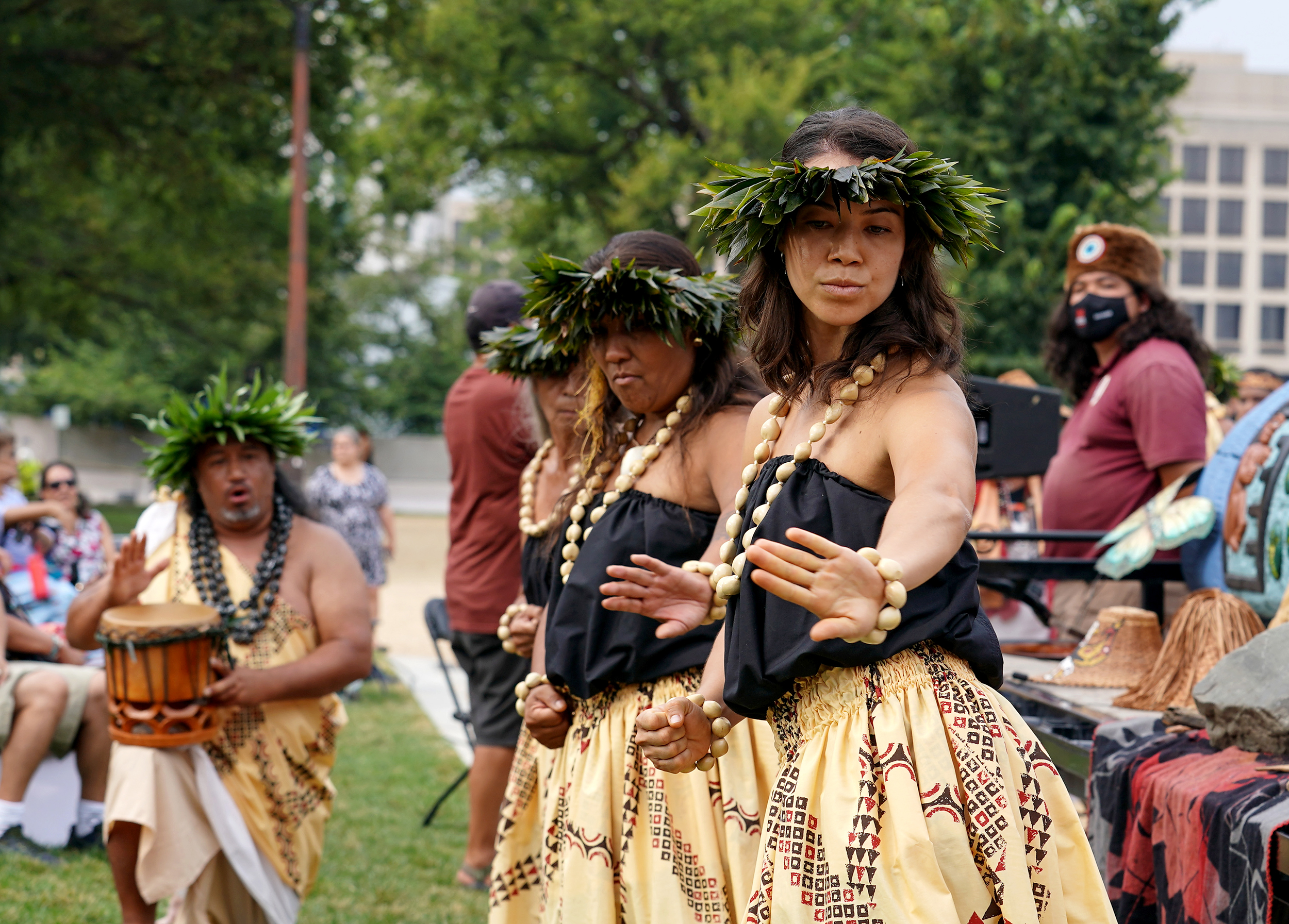 Native Hawaiian and Pacific Islanders have been reeling from a brutal summer of rising Covid-19 cases and a resource-crippling wave of over-tourism. The crisis has brought attention to a contentious decades-old campaign for federal recognition of a Native Hawaiian government that’s gained strong political support in the past year.

For both supporters and critics of a new Native Hawaiian government, the pandemic has become a platform to build their case for either much-needed economic relief or full separation from the U.S.

In December, after Democrats secured unified control of the White House and Congress, Joe Biden, then the president-elect, backed legislation to re-establish a government-to-government relationship with Native Hawaiians and Alaska Natives — an effort that gained steam during the Obama administration but stalled after former President Donald Trump was elected.

Hawaii’s four-member congressional delegation has expressed support for a federally recognized government. But the issue is more contentious among Native Hawaiian activists, some of whom say the effort will allow them to lobby for more resources while others argue it will thwart the sovereignty movement, a grassroots campaign to establish an independent Hawaiian nation.

“There’s a huge split between those who literally want to have a Native governing entity with limited autonomy that’s subordinate to the U.S. nation-state and those who want the U.S. out of Hawaii,” said J. Kēhaulani Kauanui, an American studies professor at Wesleyan University and author of “Hawaiian Blood: Colonialism and the Politics of Sovereignty and Indigeneity.”

The idea of forming a government-to-government relationship with the U.S. — a policy of self-determination whereby Indigenous communities deal directly with federal agencies — has long been a controversial issue in Hawaii. In the 2000s, Democratic Sen. Daniel Akaka, who died in 2018, tried several times to pass legislation that would give Native Hawaiians the same tribal independence that American Indians have. His efforts, though ultimately unsuccessful, prompted the Obama administration to propose a similar rule in 2016.

The initial reception to that proposal was, however, overwhelmingly negative. According to a study of a series of public meetings held in Hawaii in 2014, 95 percent of Native Hawaiians objected to the idea of federal recognition. (There are currently 700,000 Native Hawaiians in Hawaii and the U.S. mainland, a nearly 30 percent increase from a decade ago, according to the 2020 census.)

Central to the issue of Indigenous sovereignty, activists say, is control over land the U.S. government stole from the Hawaiian Kingdom nearly 130 years ago. In 1893, a group of white sugar planters, backed by the U.S. military, toppled Hawaiian Queen Liliuokalani and formed a provisional government. President William McKinley authorized the annexation of the islands five years later, but Native Hawaiian activists say the official treaty was never ratified by Congress and is therefore illegitimate.

Noelani Goodyear-Kaʻōpua, an Indigenous scholar and professor at University of Hawaii at Mānoa, said the creation of a Native Hawaiian government does not provide reparations or “address the original harm of illegally invading, overthrowing and seizing the national lands of the Hawaiian Kingdom.”

Uahikea Maile, an assistant professor of Indigenous studies at the University of Toronto, said a Native Hawaiian government offers the community only symbolic autonomy, as it has no ability to take the stolen land into trust without first going through the federal government.

“This government would have no land, no territory and no resources,” he said. “It’s a bad deal that Native Hawaiians for decades have resoundingly said no to.”

In contrast to the symbolic gesture of forming a governing entity, Maile said, Indigenous people are already asserting independence in other ways, such as protesting the construction of the Thirty Meter Telescope on Mauna Kea, a volcano regarded as one of the most sacred sites in Hawaiian culture.

“These are all forms of intellectual sovereignty that exist beyond what federal recognition can even grasp,” Maile said. “It’s Native Hawaiians themselves who are engaged in processes of land reclamation.”

On the other hand, supporters of a sovereign Hawaiian entity say it can help Native Hawaiians secure federal funding streams at a time when they’re disproportionately affected by Covid-19. When Congress in March 2020 passed the CARES Act, the $2.2 trillion Covid-19 relief bill with $8 billion earmarked for Indigenous communities, Native Hawaiians were left out, as they did not have a centralized government to process federal money.

Establishing a sovereign government is significant because it “recognizes that Native Hawaiians are not just a mere ethnic group” but a political group as well, said Derek Kauanoe, former governance manager at the Office of Hawaiian Affairs.

Native Hawaiians were left out of the relief bill, Kauanoe said, because Title VI of the Civil Rights Act prohibits discrimination on the basis of race and national origin in federally funded programs. But as a political group, they would be eligible for entitlements that are “based not on race but on their relationship with the federal government.”

One of the programs at stake is a state-run homesteading program that aims to return Native Hawaiians to about 200,000 acres of their ancestral land. Since its passage in 1921, the Hawaiian Homes Commission Act has awarded more than 8,400 residential leases to Native Hawaiians with at least 50 percent ancestry, but 23,000 people remain on a rapidly growing waitlist, according to a 2020 investigation by ProPublica and the Honolulu Star-Advertiser.

“We have issues where the state might not prioritize its goal of housing Native Hawaiians because they have to take care of non-Native Hawaiians, too,” Kauanoe said. “You can see how a federally recognized government can work directly with the federal government to advance Native Hawaiian interests.”

Mahealani Perez-Wendt, former executive director of the Native Hawaiian Legal Corporation, said a formal government can be a stepping stone to full sovereignty. It also gives Native Hawaiians leverage to overturn a century of economic and cultural decline that’s being accelerated by the pandemic and over-tourism.

“One of the biggest sources of our suffering is our displacement from our land,” Perez-Wendt said, noting the median home price in Oahu has surged to nearly $1 million this summer. “If we had our own government, we’d be better positioned to negotiate for the return of lands that were illegally taken or stolen from Native people.”