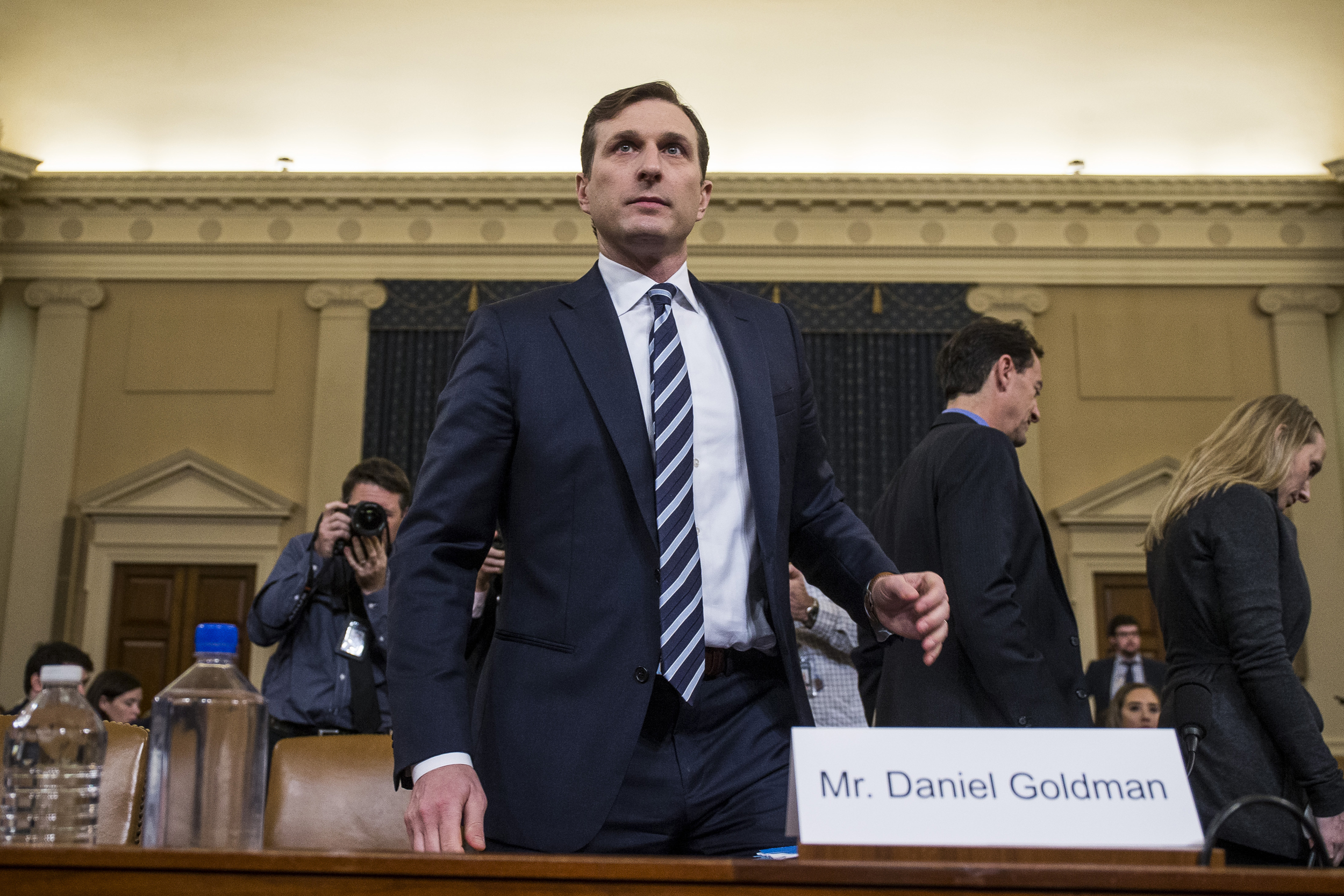 WASHINGTON — Daniel Goldman, a former federal prosecutor who served as counsel for House Democrats during the first Trump impeachment inquiry, announced Wednesday that he’s running for Congress in New York.

“As we look around the country and the threats that are really existential in terms of our democracy — threats to right to vote, threats against right to choose, our climate and public safety — I am running for Congress in this new 10th district because I want to get on the front lines and back in the trenches like I did during the impeachment to fight for our democracy, defend our democracy, but also bring a new voice so that we can move some of these issues forward that the Republicans in particular are really trying to roll back,” Goldman said in an interview on MSNBC’s “Morning Joe.”

He exited the race for New York attorney general late last year after incumbent Letitia James decided to leave the race for governor and run for re-election.

De Blasio announced his run for the seat last month once the new district map was finalized.

The 10th Congressional District spans from Lower Manhattan, where Goldman lives, to Brooklyn and includes Park Slope, de Blasio’s neighborhood. The Democratic primary, initially scheduled for late June, will be held Aug. 23 to allow for implementation of the new map.

Goldman served as Democrats’ lead counsel in the House impeachment investigation into then-President Donald Trump’s efforts to pressure Ukraine into investigating Joe Biden by withholding U.S. aid to the country. The House impeached Trump for abuse of power and obstruction of Congress in December 2019.

He previously worked as an assistant U.S. attorney in the Southern District of New York under Preet Bharara.