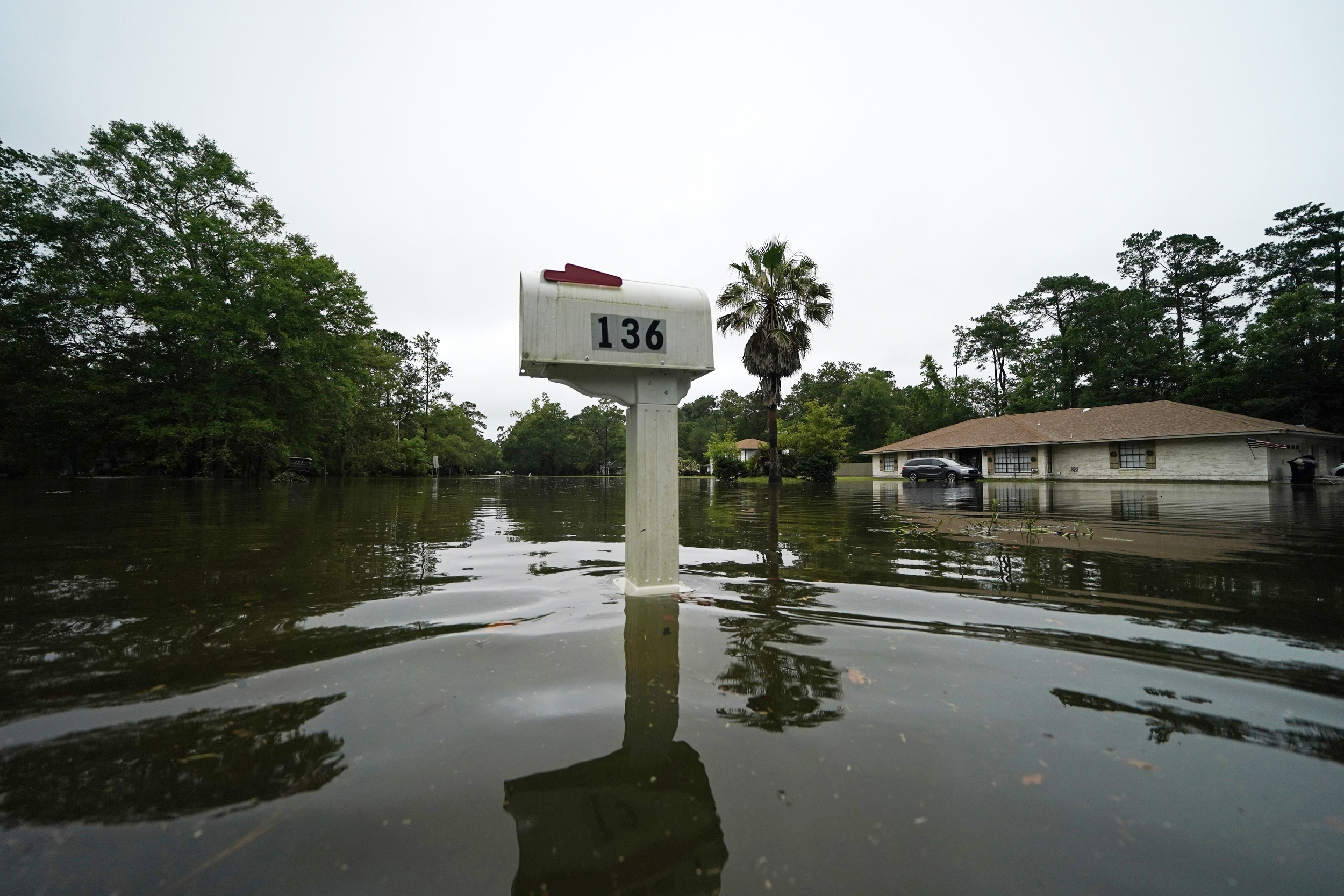 Claudette regained tropical storm status Monday morning as it neared the coast of the Carolinas.

The storm triggered destructive tornadoes and flooding on the Gulf Coast and is linked to a car crash that left 10 people dead in Alabama.

It was expected to move into the Atlantic Ocean later in the morning, then travel near or south of Nova Scotia on Tuesday.

About 1 to 2 inches of rain was expected for the Carolinas before the storm moved out to sea. A tornado was possible in the early morning hours along the Outer Banks, forecasters said.

The storm, which formed on Saturday morning, pounded parts of Louisiana, Mississippi, Alabama and the Florida panhandle, producing rainfall totals of as much as 15 inches in some areas, the agency said.

The accident occurred in southern Alabama, where authorities believe a hydroplaning car triggered a chain reaction accident on I-65. Multiple vehicles crashed into each other, killing eight girls aged 4-17 who had been traveling in a small bus owned by a residential home for youths.

The local sheriff’s office called the incident the “worst ever” in the county.

The storm is also believed to have caused a tornado in the area of Brewton, Alabama, where Mayor Yank Lovelace said there had been “lots of damage.” Photos posted by the mayor and video published by NBC affiliate WVTM show homes that appear to have been destroyed during the storm.

Images published by the station also showed heavy flooding in the city of Northport. Just outside the nearby city of Tuscaloosa, a 24-year-old man and a 3-year-old boy were killed when the storm caused a tree to fall on their mobile home, NBC affiliate WBRC reported.

“If we’d had a fourth hour,” he added, “we would’ve been looking at a substantial amount of damage this morning.”