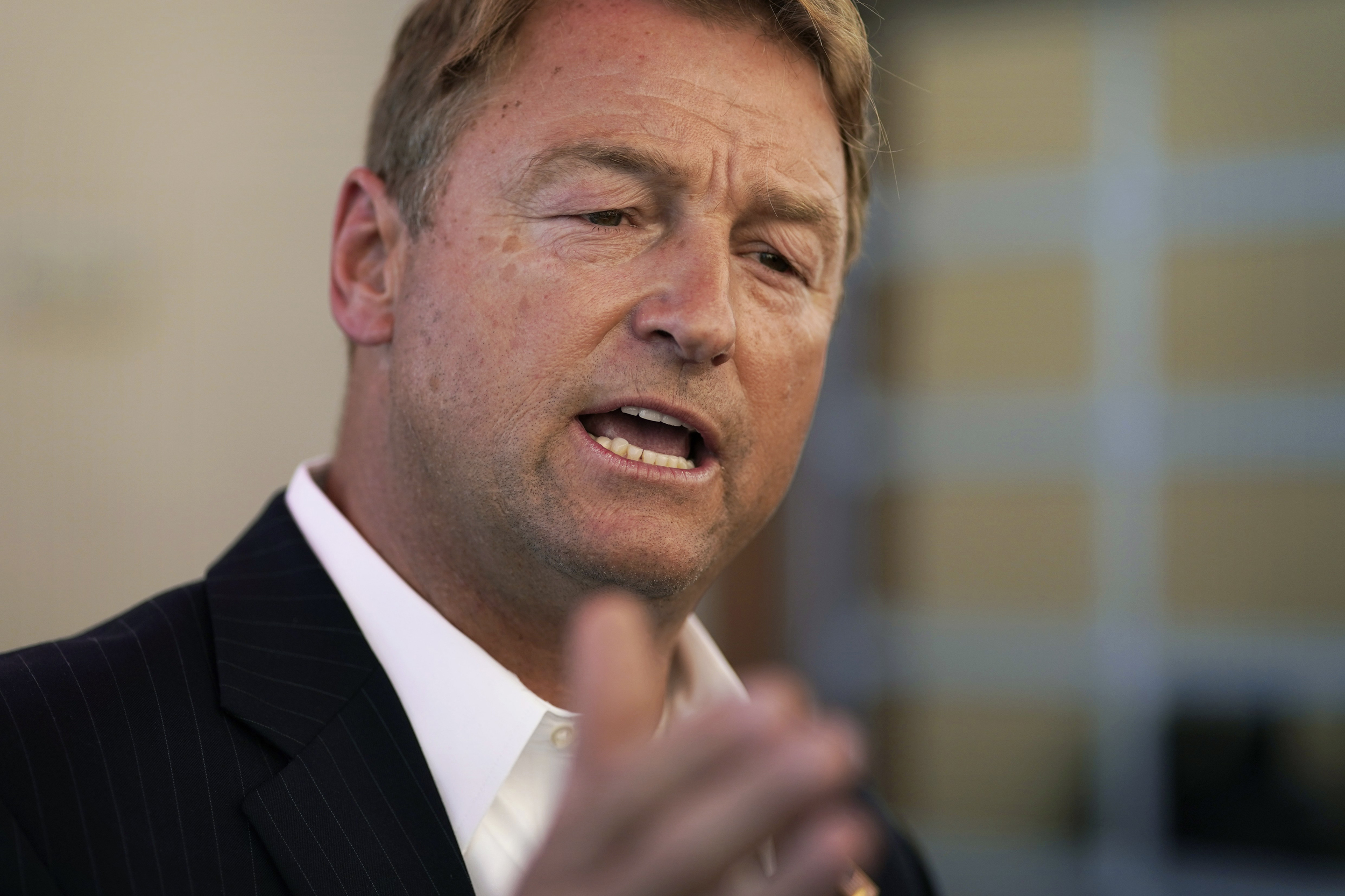 WASHINGTON — Not long ago, Dean Heller was one of the few Republicans in the Senate willing to challenge then-President Donald Trump. Now, looking to make a political comeback with a run for governor of Nevada, Heller is refusing to say that Trump lost the 2020 election.

“I still know who the president is, but I do believe we have a problem with elections,” Heller said in an interview with the Las Vegas Review-Journal, repeatedly refusing to say that President Joe Biden had won, according to the newspaper owned by the estate of Sheldon Adelson, the late casino mogul and Trump donor.

During his campaign kickoff Monday, Heller said he thought he was done with politics after losing his Senate re-election bid in 2018 to Democratic Sen. Jacky Rosen. But he said he decided to get back in the ring after 2020 because of Covid-19 restrictions, racial unrest and election integrity concerns, among other issues, echoing Trump’s sour grapes about the election.

Heller enters the race as the favorite in a GOP primary field that includes several other prominent candidates vying for a chance to take on Nevada Democratic Gov. Steve Sisolak.

Nevada remains closely divided politically despite its recent history of electing Democrats, with Biden winning the state by about only 2.5 percentage points last year.

Heller was seen as a moderate during his time in the Senate, when he threatened to kill the GOP’s effort to repeal the Affordable Care Act and sparred with Trump.

During the 2016 presidential race, Heller refused to say for whom he would vote, saying he was “100 percent” against Clinton and “99 percent against Trump,” who he said “denigrates human beings.”

Facing a primary challenge from his right in 2018, Heller finally said he voted for Trump and enlisted the support of the then-president, who traveled to Nevada to campaign for him as relationships improved between the senator and the White House.

Heller is now running for governor as a “lifelong conservative,” as his campaign website says over a photo of him with former Vice President Mike Pence.

“I think success is sometimes described as being moderate. And I reject that label. I am very, very conservative,” Heller told the Review-Journal.