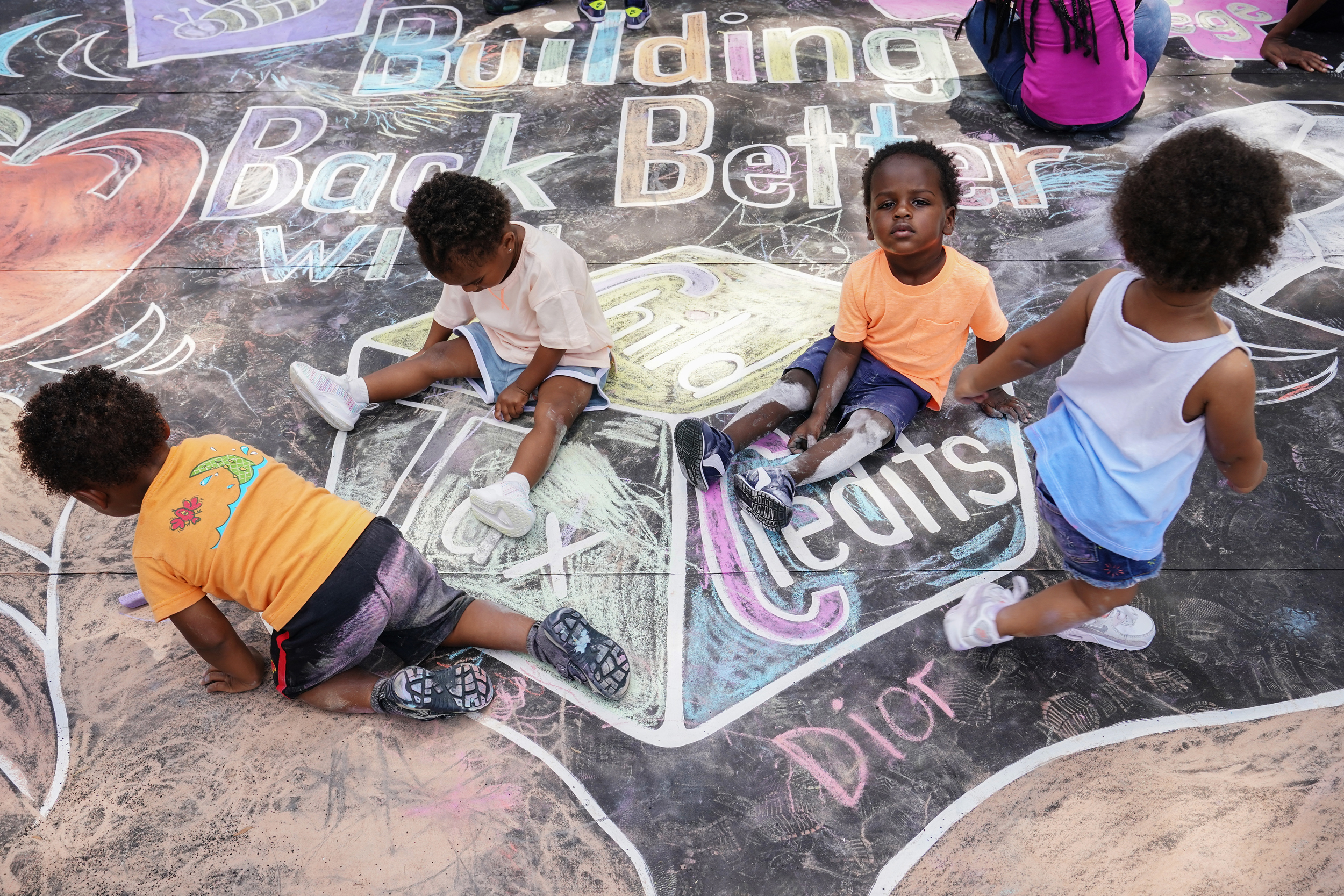 But in doing so, they planted an election-year time bomb for their own party, and their only realistic hope of defusing it in time is to pass President Joe Biden’s social spending bill.

At the center of the American Rescue Plan is a monthly payment structured as a tax credit for the vast majority of families — of $300 per child under 6 years old or $250 per child between ages 6 and 17. The benefit has been well received in polls, and studies say it quickly lifted millions of U.S. kids out of poverty.

But there’s a catch: It is only authorized for 2021. The payments end in December unless extended. With Republicans opposed, the only realistic vehicle to extend them is Biden’s multitrillion-dollar bill, which Democratic leaders are working feverishly to craft.

Allowing the payments to expire would risk erasing the economic gains and leaving struggling parents who have come to rely on it in the lurch. Democratic operatives warn it could turn a significant political asset into a liability just months before an election in which Republicans are historically favored to make gains.

“Letting the extremely popular child care tax credit expire would be exactly the type of mistake we can’t afford,” Tyler Law, a Democratic consultant who worked for the party’s House election arm during the 2018 blue wave, said.

“Democrats need to deliver win after win after win to show voters we can govern and deserve to stay in power,” he said. “There’s no silver bullet for success, but there’s certainly a recipe for disaster: failing to pass the Biden agenda.”

Rep. Jim McGovern, D-Mass., said the child tax credit has had a major impact in alleviating poverty and held it up as an example that says Democrats, when in charge, can help Americans.

“The idea of letting it expire, I think, would be horrific,” he said.

While Democrats battle over what provisions make it into the bill, they appear to agree unanimously that the money for kids should be extended — from centrists like Sen. Joe Manchin, D-W.Va., and Rep. Josh Gottheimer, D-N.J., to progressives like Sen. Bernie Sanders, I-Vt., and Rep. Pramila Jayapal, D-Wash.

But the details are unclear. The House version of the bill extends the payments through 2025. That may be adjusted as lawmakers sort out how to cut down the plan’s price tag to get the centrists on board. And the income threshold for who is eligible may be adjusted as Manchin has demanded additional means-testing for the various programs in the bill.

“There’s some differences of opinion about how to do it, and how long to fund it, etcetera. And it has to fit within the overall top line of the bill,” Sen. Tim Kaine, D-Va., said. “But every Dem really wants it to happen.”

Republicans are adamantly opposed to the program and say it should expire.

“The federal government shouldn’t be in the business of just handing out money because you have kids,” Sen. Pat Toomey, R-Pa., said. “That’s ridiculous.”

Sen. John Cornyn, R-Texas, accused Democrats of “trying to build a permanent welfare class in the country,” saying the child tax credit includes “distributing more borrowed money to people who don’t have a need for it.”

Some Democrats are spoiling for that fight.

Rep. Sean Patrick Maloney, D-N.Y., the chair of the party’s House campaign arm, projected confidence that Democrats will pass the bill, extend the child cash payments and then run on them.

“We’re going to get it done,” he said. “And the fact that the Republicans have opposed it at every step of the way will come back to haunt them. I believe that it’s exactly that type of thing that is the anvil on which we will hammer them in 2022.”

Sean McElwee, a progressive pollster who has been cited by the White House, said his firm has found that voters who received the child cash payment approve of Biden’s job performance by a wide margin of 66 percent to 32 percent, whereas voters who haven’t gotten it split evenly with 49 percent approving and disapproving.

The firm, Data for Progress, found that those who voted for then-President Donald Trump in 2020 and who receive the child tax credit register 79 percent disapproval of Biden, whereas 92 percent of those who do not receive it disapprove of the president.

“Ending the child tax credit would risk washing away these key persuasion gains that will be necessary to win in 2022 and 2024,” McElwee said.

Overall, the child cash payments are supported by 59 percent of U.S. adults, according to a recent Reuters/Ipsos poll. That includes 75 percent of Democrats and 41 percent of Republicans.

Some of the states with the highest average per-month cash payments are conservative states.

Progressives cite the program as an example of how government can make Americans’ lives better.

“We already have powerful data showing us that this tax credit is reducing hunger in America. It’s providing school shoes and backpacks for kids to be able to go back to school,” said Sen. Elizabeth Warren, D-Mass. “We need to protect this — not just because it expires in an election year. We need to protect it because this helps American families.”