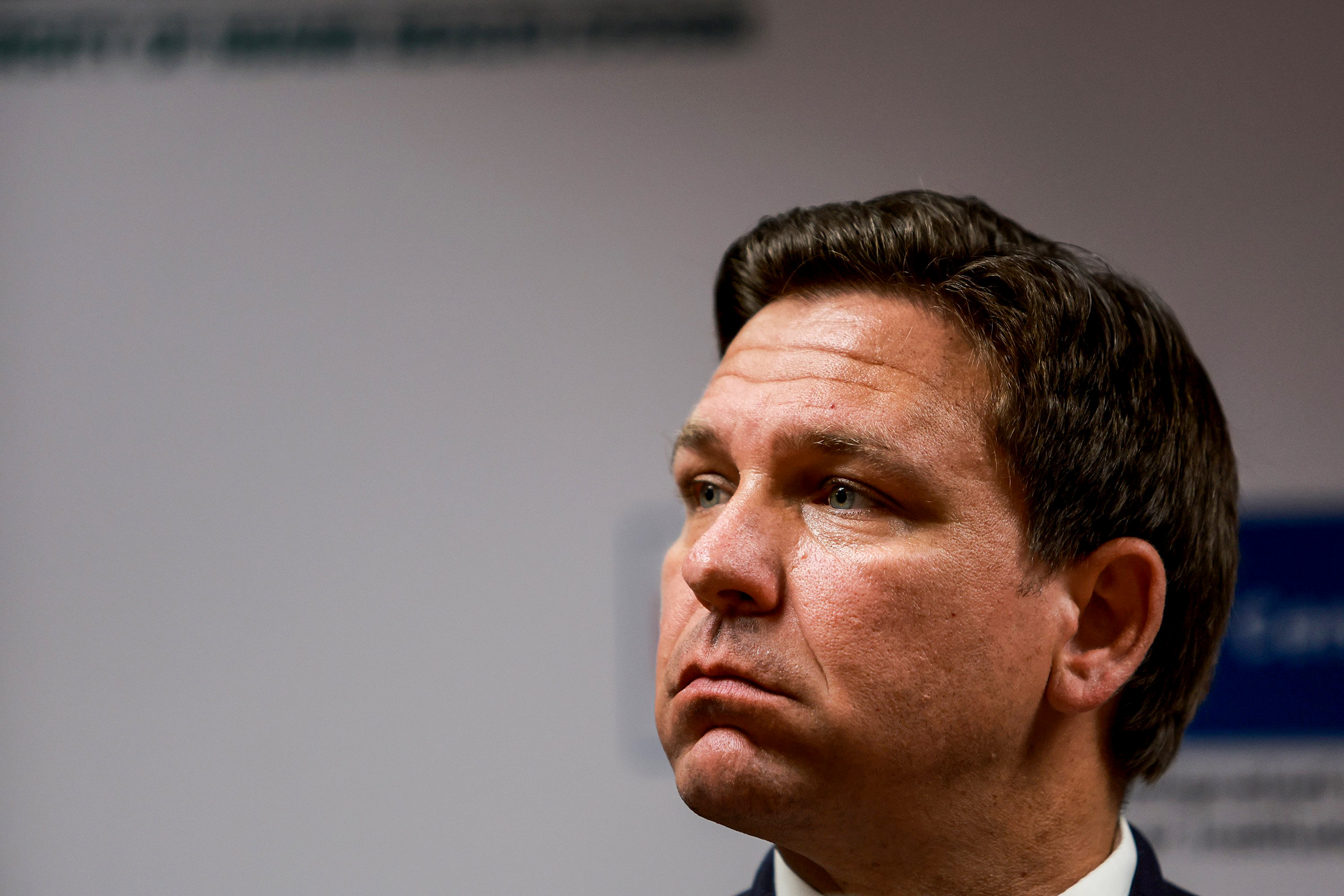 Florida Gov. Ron DeSantis suggested Wednesday that he might urge the state’s child protective services to investigate parents who take their children to drag shows.

When asked by reporters whether he would support proposed legislation from a Florida state representative that would punish parents who take their children to such performances, the governor said he has asked his staff to look into the idea.

“We have child protective statutes on the books,” the governor said. “We have laws against child endangerment.”

“It used to be kids would be off-limits. Used to be everybody agreed with that,” DeSantis continued. “Now it just seems like there’s a concerted effort to be exposing kids more and more to things that are not age appropriate.”

The debate over whether minors should be allowed to watch drag performances began Saturday after videos showing young children attending a Dallas drag show, and tipping performers with cash, emerged on social media.

The event, “Drag the Kids to Pride Drag Show” — which was held at the gay bar Mr. Misster — was advertised as a “family friendly spin off” of the bar’s “Champagne Drag Brunch” show.

Conservative pundits and lawmakers were not convinced. In particular, critics — including DeSantis — have pointed to an illuminated sign on the bar’s wall that says “IT’S NOT GONNA LICK ITSELF.”

Representatives for Mr. Misster could not be reached for comment.

DeSantis’ comments follow those of Republican firebrands Reps. Lauren Boebert of Colorado and Marjorie Taylor Greene of Georgia, who also argued that all drag shows should be “illegal” for minors.

Fox News host Tucker Carlson also called the footage “grotesque” and accused parents and performers of “sexualizing children.” Podcast host Allie Beth Stuckey, who has over 357,000 Twitter followers, suggested that parents, performers and bar owners “should be charged with sexual abuse of children.” And Republican state representatives in Texas and Florida went as far as announcing plans to propose legislation, which would prevent children from attending the events.

“I will be proposing Legislation to charge w/ a Felony & terminate the parental rights of any adult who brings a child to these perverted sex shows aimed at FL kids,” Florida Rep. Anthony Sabatini tweeted. “When will the sexualization of children stop?”

Several celebrity drag queens pushed back, slamming the Texas and Florida proposed measures and arguing that lawmakers were aiming to “distract” the public’s attention away from a lack of new gun laws.

“My thoughts: 1) Our God is a God of Love. 2) Parents are a child’s 1st & most important teacher/role model. 3) Drag is an art form which is subjective. 4) You, sir, have tweeted more about #drag than the loss at #Uvalde. Is this truly about children or politics? #Priorities,” “RuPaul’s Drag Race” star Alyssa Edwards tweeted Tuesday, referring to the site of the recent Texas mass shooting, which left 19 children dead.

Some opponents also argued that drag shows are “supportive environments” for LGBTQ youth to express themselves.

Florida Rep. Carlos Smith, a gay Democrat who has previously been critical of DeSantis’ measures concerning LGBTQ Floridians, pounced at DeSantis’ words Wednesday, sharing that he and his husband had hired a drag queen to perform in front of children at their wedding.

DeSantis’ remarks come amid a recent surge in charged rhetoric surrounding how and whether children should learn about LGBTQ issues.

In recent months, conservative lawmakers, television pundits and other public figures have accused opponents of a newly enacted Florida education law — which critics have dubbed the “Don’t Say Gay” law — of trying to “groom” or “indoctrinate” children. The word “grooming” has long been associated with mischaracterizing LGBTQ people, particularly gay men and transgender women, as child sex abusers.

DeSantis cited the law, which takes effect in July, at Wednesday’s news conference.

“Part of the reason why we did the, you know, we fought the fight with parents’ rights and education is because there’s a movement to inject these things like gender ideology in elementary schools even,” DeSantis said. “And my view is, our schools need to be teaching these kids to read and write and add and subtract and do the things, what is supposed to be done in school.”

Simultaneously, LGBTQ activists have been fighting against the record number of anti-LGBTQ bills introduced in state legislatures this year — more than 320, according to the Human Rights Campaign.

In a mixed ruling last month, the Texas Supreme Court struck down a statewide injunction blocking the investigations but also ruled that Abbott does not have authority over them.