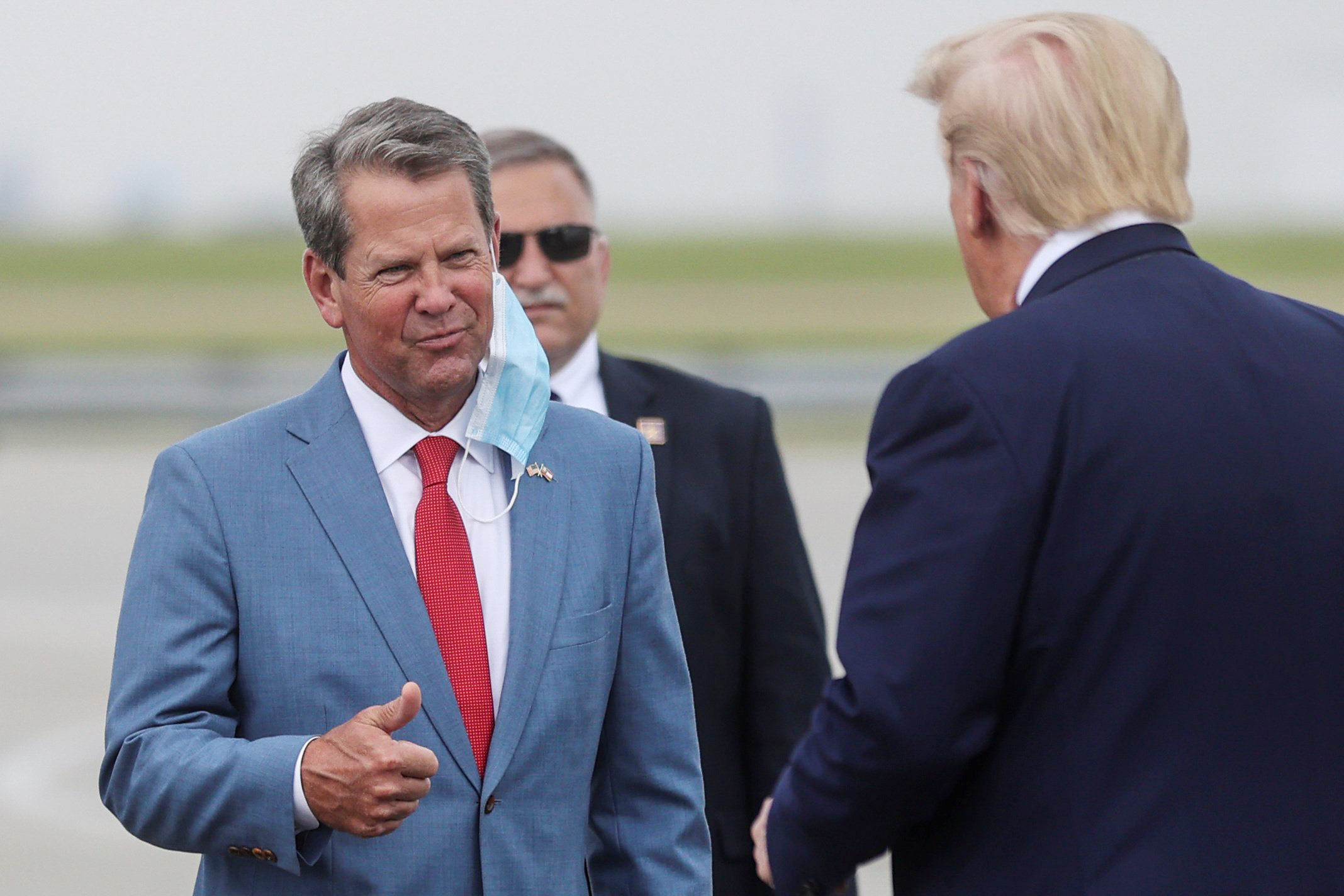 Donald Trump headlined a campaign rally in Georgia on Saturday night and shared a lengthy anecdote about his post-election efforts. If the former president’s attorneys were listening, it’s a safe bet they weren’t pleased.

Trump described in some detail a narrative in which he dispatched his “people” to speak with Georgia’s Republican governor, Brian Kemp, about “election integrity.” When his aides told him that the governor wouldn’t cooperate, the then-president, according to the story, told them to call him again. By Trump’s telling, the governor still refused.

And that’s when the former president got to the most notable part of the story:

“I said, ‘Let me handle it. This is easy.’ I got this guy elected…. I was going to show [the aides] how good I am. ‘Let me handle it. I’ll call them up.’ I said, ‘Brian, listen, you know you have a big election integrity problem in Georgia. I hope you can help us out and call a special election.'”

By Trump’s telling, Kemp told him, “Sir, I’m sorry. I cannot do that.” It led the former president to say at Saturday night’s rally that Georgia’s GOP governor is “a disaster” and “horrible.”

In the interest of clarity, it’s probably worth emphasizing that at Trump’s weekend event, he repeatedly said he wanted Georgia to hold a “special election.” I have a hunch he meant “special session” of the legislature, though it’s entirely possible the former president doesn’t know the difference.

In any case, that was Trump’s story: As Georgia was in the process of certifying its election, the then-president’s staff tried to intervene, and when that didn’t work, Trump personally contacted Kemp and asked the governor to “help us out.”

I’m not in a position to say with certainty whether the conversation Trump described actually occurred in reality. In fact, Trump has a lengthy history of describing the details of conversations that happened only in his mind, and it’s entirely possible this back-and-forth chat with Georgia’s governor is entirely fictional. Sharing quotes from made-up conversations is one of his weirder idiosyncrasies.

But if the former president’s story is true, it may be of interest to prosecutors.

Whether Trump realizes this or not, he’s currently facing an ongoing criminal probe in Georgia, where members of a grand jury are considering evidence about the former president’s alleged efforts to intervene in the state’s 2020 vote count.

CNN reported just last week that criminal investigators in the state “have been quietly conducting interviews, collecting documents and working to build a line of communication with congressional investigators as they aim to build a case against” Trump.

In fact, the day before Saturday night’s rally, The Washington Post published an opinion piece on the controversy from four legal experts. “[T]here is no doubt that attempting to subvert democracy — to effectively disenfranchise millions of Georgians, and particularly Georgians of color — is not just wrong; it is potentially criminal,” they wrote. The piece added:

The centerpiece of Trump’s Georgia interference is his now infamous phone call to Secretary of State Brad Raffensperger, during which Trump repeatedly insisted that he had won Georgia “by hundreds of thousands of votes” and demanded that Raffensperger “find 11,780 votes” — exactly one more vote than the margin of Joe Biden’s 11,779-vote victory in the state. But Trump’s actions went far beyond his solicitations and threats on this one call. He also personally contacted other officials in Georgia — including the governor, the attorney general and the secretary of state’s chief investigator — to urge them to alter the election outcome.

No one should wonder why he struggles to hire and maintain defense attorneys.