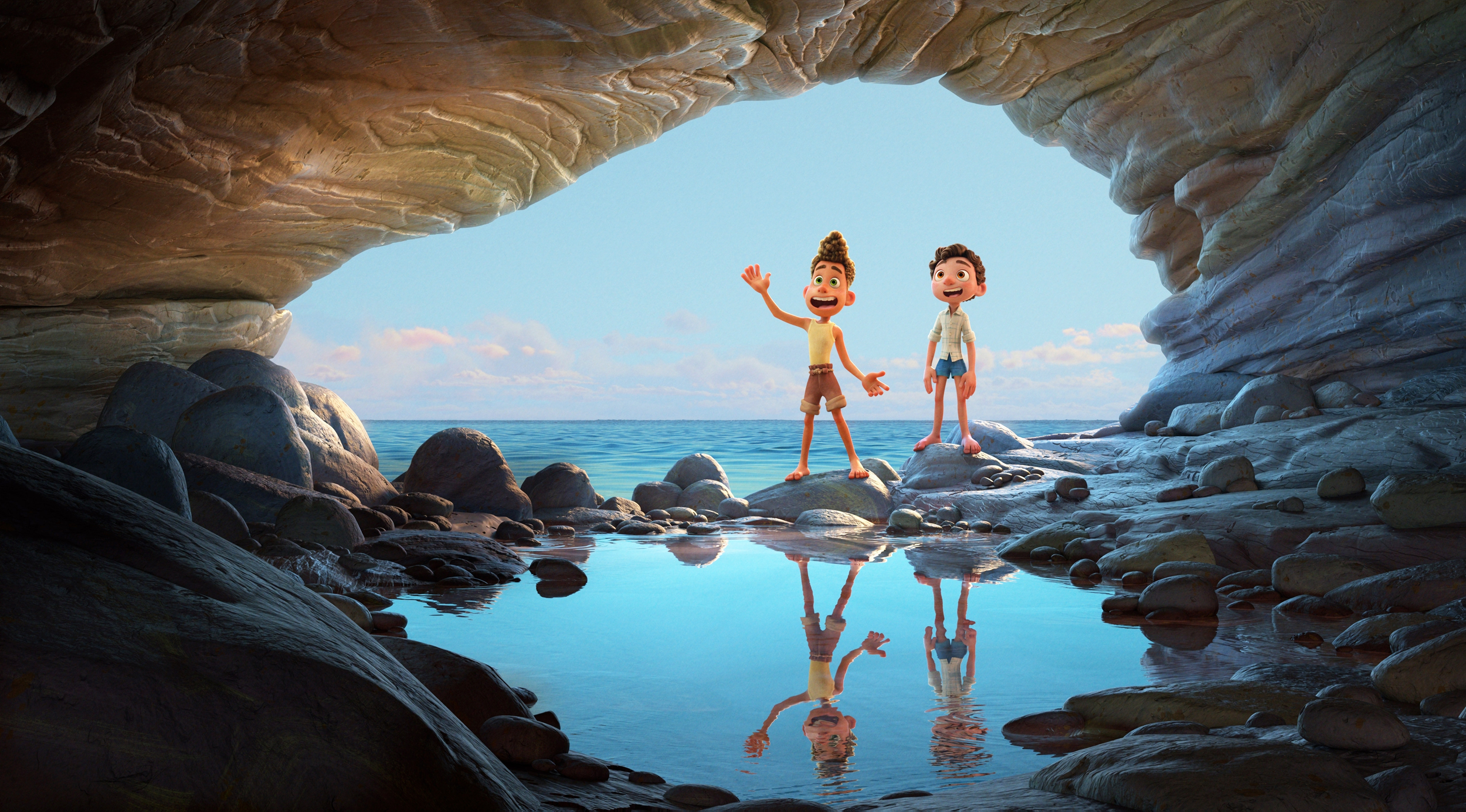 “Luca,” which begins streaming Friday on Disney+, is an extraordinarily pleasant children’s film about the little mer-boy of the title, voiced by Jacob Tremblay, who wants to learn about the world on dry land and parts beyond and the denizens of the above-water Italian town of Portorosso, which he visits — against his parents’ wishes — to expand his horizons.

The landlubbers, of course, are terrified of the monsters in the sea (and vice versa), and the sea-people lose their tails and scales when they emerge into the open air, making them look completely human to anyone on land. But get dry sea creatures wet and they revert to monster form — a bit of borrowed mermaid lore that sets up the main drama of the film.

This, then, is a movie about the politics of difference — and one of the more contemplative efforts from Pixar. It’s hemmed in a bit by director Enrico Casarosa’s Pixar-ish insistence on a big, climactic showdown between our heroes and the bully who makes them miserable, but the real — and far more interesting — conflict is between Luca and his friend Alberto, a fellow sea dweller who is braver than Luca but also more emotionally fragile.

But it is most remarkable for how it takes the tropes of so many classic tales of horror and the unknown and flips them on their ear. Take the early 20th century horror writer H. P. Lovecraft’s influential novella “The Shadow Over Innsmouth,” which is also about the fish-creatures that live near a seaside town and the town’s strange relationship to them. But in that story, suspense and horror build over the growing realizations about the suspiciously fish-ish locals, which is a source of growing discomfort and then absolute terror in the town and for the reader.

“Luca” isn’t specifically about racial difference, though, or openly about queer identity (though critics have noted that it works well as a “queer allegory”).

(This is perhaps a good place to note that Lovecraft initially admired Hitler and was always terrified of Black people; it was horrifying to him that his real-world neighbors might not be as “pure” as they seemed. It’s also difficult to overstate the cultural reach of “Innsmouth”: It’s the beginning of his “Cthulhu” stories and the direct basis of three feature films and half a dozen video games, as well as the inspiration for a lot of horror literature that challenges Lovecraft’s own prejudices using his tropes, such as Victor LaValle’s “The Ballad of Black Tom.”)

In “Luca,” though, we get to see the same fishy differences as cute and friendly; when it’s revealed that some characters we thought were human for the length of the film have actually been fish-persons all along, it’s just a nice surprise.

“Luca” isn’t specifically about racial difference, though, or openly about queer identity (though critics have noted that it works well as a “queer allegory”). It supports a lot of different readings, but mostly “Luca” is just itself, and its joys for kids are to be found less in its potential for metaphor than in its comic bits and intimate details: its big, hostile, squishy cat, Machiavelli; the running gag in which Luca’s parents (Maya Rudolph and Jim Gaffigan) doggedly try to soak every child in town to figure out which kid is theirs; and all the abrupt segues into Luca’s mind when he fantasizes about flying among fish in the sky or sliding on Saturn’s sandy rings.

As in “Monsters, Inc.” or “Finding Nemo,” its best sections are concerned with showing its young characters going about their daily lives; since the setting is mostly the above-water town, the film’s fantasy world is left strangely underdeveloped as a consequence (though there’s a very funny turn by Sacha Baron Cohen as Ugo, Luca’s “weird see-through uncle,” an anglerfish-man who lives so far underwater that he’s translucent).

As much as I want to object to the undercooked fantasy world building, it’s sort of nice to go in expecting “FISH-E” and instead get a film that seems to know about the existence of Federico Fellini’s “Amarcord.” There’s something nicely old-fashioned about a children’s movie that spends its time finding the borders and depths of a realistic setting instead of a fanciful one.

Casarosa has said “Luca” was influenced by the work of Japanese genius Hayao Miyazaki, an impossibly high standard: The sea creatures recall Miyazaki’s “Ponyo,” and the name of the town is a letter removed from “Porco Rosso,” another of the director’s films. Casarosa also directed “La Luna,” a beautiful short film about the janitors who sweep up the stars at night, also for Pixar; this feels like a sequel, or perhaps an extension, of that short, with the same gentle tone and the same attentive focus on its characters’ little eccentricities.

“Luca” has something in common with “La Luna,” which had a firm supernatural setting but was, at its heart, about people with brooms who enjoy one another’s company. Both are nice reminders that sometimes a work of art’s profundity is deepest when its scope isn’t — pardon me — sweeping.