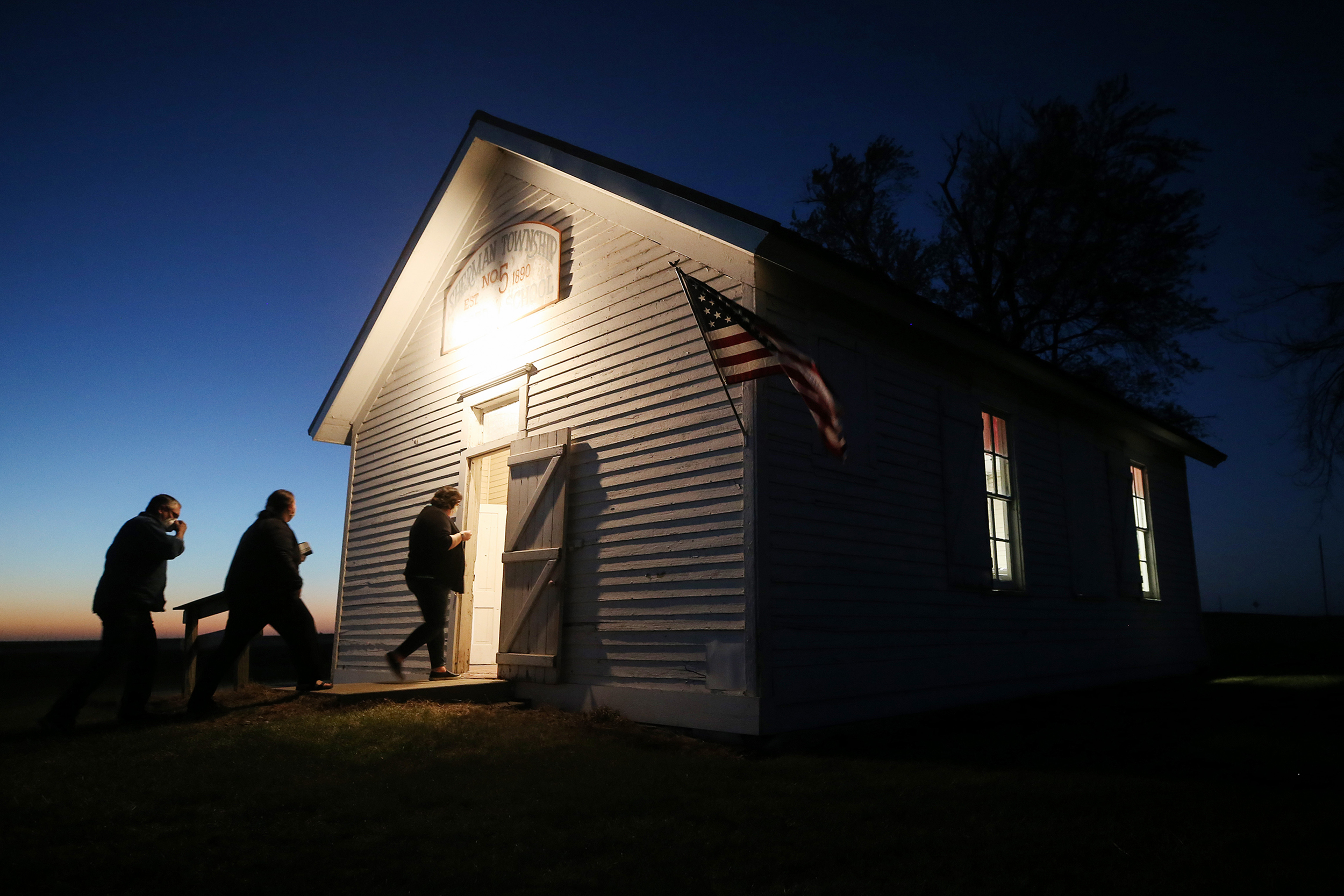 WASHINGTON — The Democratic National Committee moved a step closer Wednesday to making the biggest change to its presidential primary calendar in years, putting Iowa in jeopardy of losing its traditional first-in-the-nation spot.

The DNC’s powerful Rules & Bylaws Committee approved a plan that will let any state apply to be one of the coveted early states, which currently consist of Iowa, New Hampshire, Nevada and South Carolina, in that order.

The committee plans to announce a new calendar by July 15, which will then need to be approved by the full DNC.

Nevada is already making an aggressive play to seize the top spot for the beginning of the 2024 Democratic presidential primary, when President Joe Biden is expected to compete for renomination. Other states, meanwhile, are hoping to edge their way into one of the four or potentially five early slots, which guarantee attention from candidates and the press, millions of dollars in ad spending and an enormous buildup of political infrastructure ahead of the general election.

Iowa has long faced criticism from Democrats who say it’s too white and too Republican to play such a critical role in the Democratic Party’s nominating process. But the bungling of its 2020 caucuses made the demands for reform more urgent than ever.

The Rules & Bylaws Committee has given itself a tight window to receive applications, review them, and decide on a proposed calendar ahead of the next full DNC meeting this summer.

States have to declare their interest by May 6 and complete their application by June 3, with the committee giving itself until July 15 to announce its decision. A number of public regional “listening sessions” will be held during that process.

As it considers various states, the committee is paying particular attention to a state’s diversity, political competitiveness and “feasibility,” which includes considerations of whether the state is capable of running such a high-profile contest and whether it is an affordable place to campaign.

The demand for more racial and ethnic diversity has been a particular rally cry among Democrats, some of whom noted that when South Carolina and Nevada were added to the group of early states in the last calendar overhaul, in 2008, they were placed behind the overwhelmingly white states of Iowa and New Hampshire.

Former DNC Chairwoman Donna Brazile, who is on the Rules & Bylaws committee, connected the push to add more diverse states to the primary calendar to the larger struggle for racial justice.

“There’s a moment that we will never forget. And that’s why I want to make sure it’s included,” Brazile said to applause from other committee members Wednesday. “What we’re witnessing now with these Republicans — and yes, I said who they are — what they’re trying to do with taking us back to pre-1965. I’m not going to stand for it, nor should this party.”