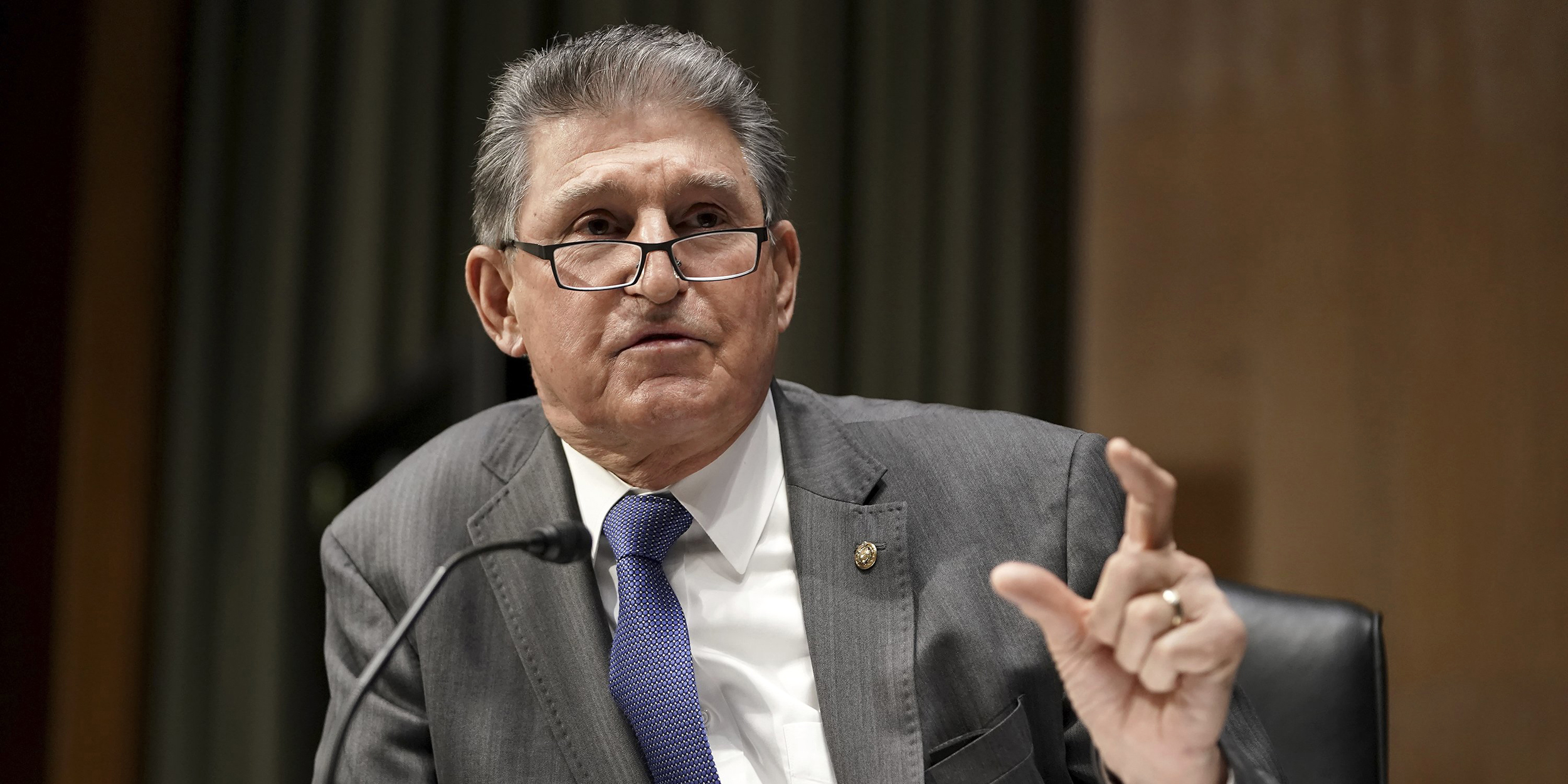 The White House and Democratic congressional leaders are broadly in agreement on a massive domestic investment package, totaling $3.5 trillion to be spent over the course of 10 years. West Virginia Sen. Joe Manchin, meanwhile, has explicitly said he will not support an investment that large.

The result has been a clumsy guessing game: Would Manchin vote for a $3.4 trillion package? How about a $3.3 trillion bill? Evidently, the conservative Democrat is aiming lower – much lower. Axios reported overnight:

Sen. Joe Manchin (D-W.V.) has privately warned the White House and congressional leaders that he has specific policy concerns with President Biden’s $3.5 trillion social spending dream — and he’ll support as little as $1 trillion of it. At most, he’s open to supporting $1.5 trillion, sources familiar with the discussions say.

The report, which has not been independently verified by MSNBC or NBC News, added that the West Virginian wants to slash the price tag though a combination of changes, including cuts to proposed investments in home caregivers and making fewer Americans eligible for new federal education and childcare benefits.

In case this isn’t obvious, $1.5 trillion over 10 years is less than half of what President Joe Biden and Democratic leaders want. If the conservative senator sticks to this figure, it will end up derailing both the reconciliation bill and the bipartisan infrastructure bill that’s already passed the Senate.

No one seems to have any idea what’s likely to happen next, though congressional leaders made clear this morning that they’re ignoring Manchin’s call for a “pause” in the overall infrastructure process. Senate Majority Leader Chuck Schumer told reporters this morning Democrats are “moving full steam ahead.” NBC News added this morning:

The House Ways and Means Committee released hundreds of pages of legislative text Tuesday and announced hearings on Thursday and Friday. The bill would include 12 weeks of paid family and medical leave for all workers; expanded Medicare benefits to add dental, hearing and vision coverage; and new investments to bolster nursing homes and long-term care, among other provisions. Behind the scenes, Democratic leaders are engaging in a flurry of negotiations with lawmakers and committees in both chambers to write policies that can unify the party, with the White House swooping in at times to resolve disagreements, two sources familiar with the emerging bill said.

The goal, believe it or not, is to have a finished bill by Sept. 27.

As for the president, Biden told reporters late yesterday, in reference to Manchin, “Joe at the end has always been there…. He’s always been with me. I think we can work something out.”

Democratic Sen. Tammy Duckworth made similar comments to reporters yesterday. “I don’t have real concerns,” the Illinois senator said. In reference to Manchin, Duckworth added, “I think Joe is doing what Joe needs to do for himself, for his state, and you’re going to see other senators probably do some of this, as well. I think at the end of the day there’ll be 50 votes. But I think we’re going to go through a very healthy, loud family discussion about it.”

I’m not convinced the optimism is warranted, but we’ll find out soon enough. Watch this space.