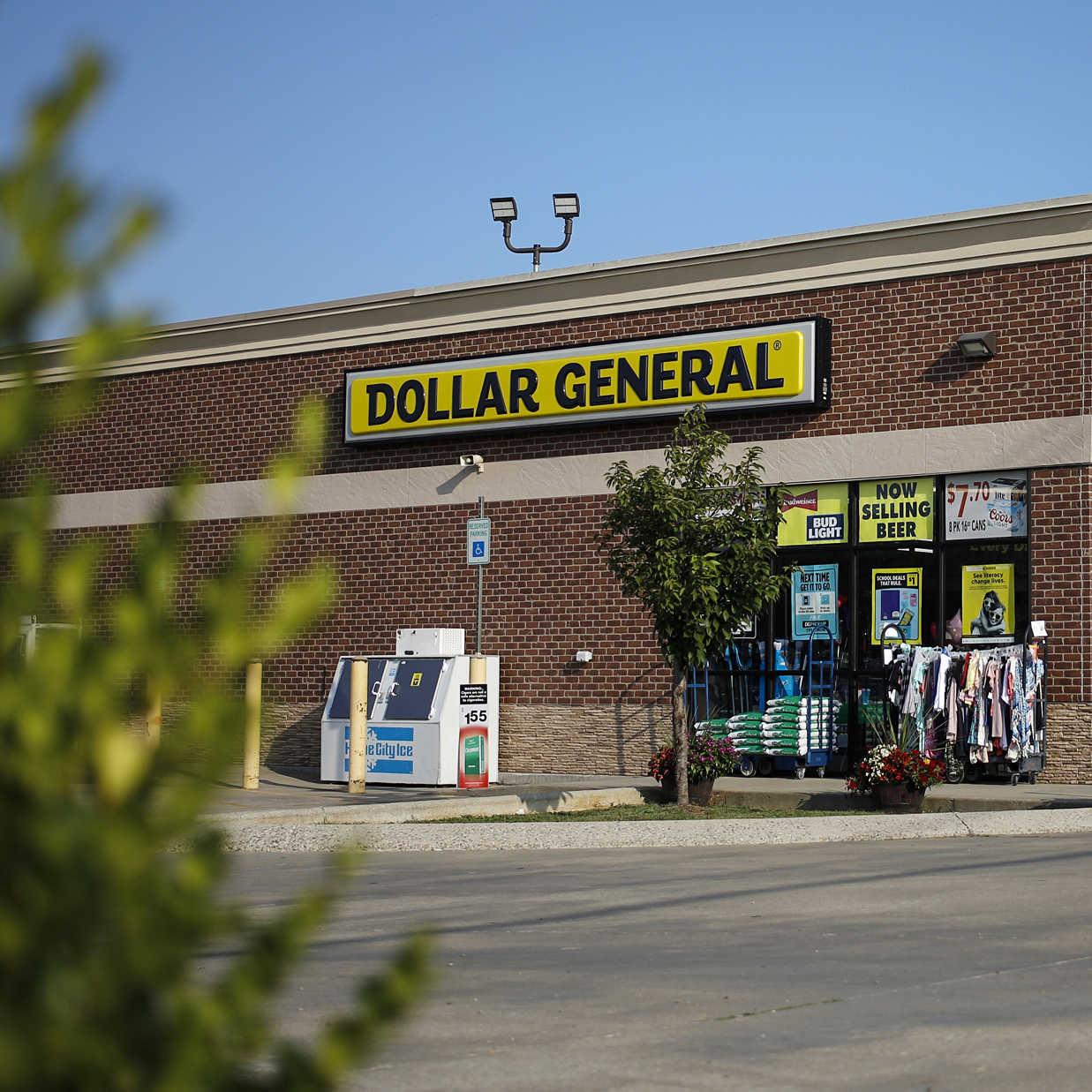 Dollar General is making a slow and methodical entrance into the business of health, raising the hopes of increased profitability on Wall Street — and reservations among local health care advocates.

“What we’re going to be squarely focused on … are those services that rural America today especially doesn’t have access to,” Vasos said. “We talk a lot about grocery deserts or food deserts. There’s as equal health care deserts out there across the U.S. and we’re in all of these communities.”

About 75 percent of Americans live within five miles of one of Dollar General’s 17,000 stores, according to the company. For many rural residents, Dollar General has become their main grocery store, where they can pick up both fresh and packaged foods along with household items such as paper towels, toilet paper or cleaning supplies.

“When times are good, we do pretty well. And when times aren’t so good, that consumer needs us more.”

That proximity to small rural markets helped fuel a blowout year of pandemic-driven growth for the company. Dollar General’s sales soared to $33.7 billion last year, a 16 percent increase from the year before. Its net income rose from $1.71 billion in 2019 to $2.6 billion last year. These figures were partially fueled by its fresh and frozen food business, according to the company’s annual report.

“When times are good, we do pretty well,” Vasos said Thursday. “And when times aren’t so good, that consumer needs us more.”

The company appointed its first chief medical officer, Albert Wu, in July to lead its entrance into the rural health care business. Wu has been tasked with overseeing relationships with current and prospective health care product and service providers “to build a comprehensive network of affordable services for DG customers,” according to a company release in July.

Dollar General had already been taking steps to leverage its store fleet for health care. Earlier this year, it was in discussions with the Centers for Disease Control and Prevention to create a formal partnership as a Covid vaccine clinic. Recently, the Michigan Department of Health and Human Services partnered with Dollar General to host a month-long community vaccine clinic in stores in nine counties. Stores in South Carolina and Indiana have also held vaccine clinics. In June, the Virginia Department of Health partnered with Dollar General to hold free Covid testing.

“I don’t want to get in front of our skis, but it could be a really big deal not only for our top line and bottom line at Dollar General,” said Vasos on Thursday. “But even more so, making that box even more relevant to those consumers in rural America that have to drive now 30, 40 minutes for an eye exam as an example, or even to see a doctor.”

About 60 million people, or roughly one in five Americans, live in rural areas and depend on local hospitals for care. But last year, a record 20 rural hospitals closed under the financial pressures of the pandemic, years of low patient volume and heavy reliance on government-funded insurance payers, according to the Cecil G. Sheps Center for Health Services Research, which has been tracking rural hospital closures since January 2005. Since then, the center has reported 181 hospitals in rural communities have closed their doors. Even before the pandemic, nearly every state had at least one rural hospital at immediate risk of closure, according to a report from the Center for Healthcare Quality and Payment Reform.

“Health care is going to be a recurring and persistent need in the U.S., especially when you consider the aging demographic driving it,” said Michael Lasser, an analyst with UBS. “The health care profit pool is quite significant, especially in comparison to consumables. What Dollar General is doing is going into a profit pool that will drive traffic.”

But local health care advocates have raised concerns that Dollar General could create health care deserts similar to how it has contributed to food deserts by pushing out local grocers, Kennedy Smith, a senior researcher with Institute for Local Self-Reliance, told NBC News in an emailed statement.

“This move to expand health care products will chip away at the market demand that full-service pharmacies and grocery-based pharmacies need to survive,” she said. “Dollar store staff simply do not have the medical or pharmaceutical training and expertise to provide customers with responsible guidance in choosing over-the-counter medicine and medical supplies.”