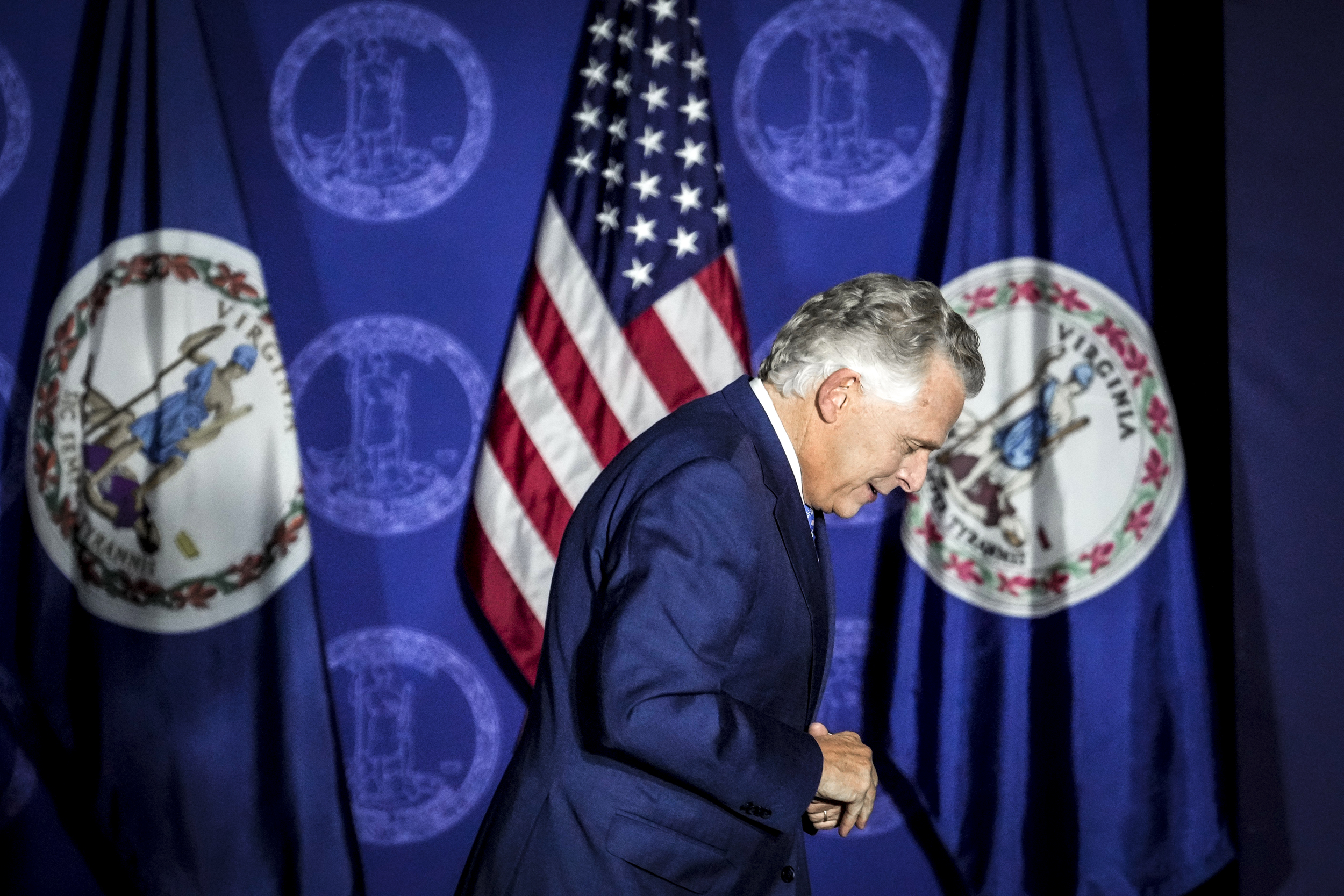 WASHINGTON — Democrats have plenty of scapegoats for Republican gains in Tuesday’s elections — including President Joe Biden — but they don’t have a shared plan to recover.

The good news for Democrats is that they have a year before next November’s midterm elections.

The bad news for their party is they are already fighting over what, precisely, went wrong. The outcome threatens to roil an already messy push to enact President Joe Biden’s agenda. And while it’s easy to put too much emphasis on a relative handful of off-year elections, party officials are under no illusion about the degree to which the results look like a harbinger.

One year after Biden easily carried Virginia and New Jersey, Glenn Youngkin became the first Republican to to win Virginia’s governorship since 2009, that state’s House of delegates flipped into the GOP’s hands and New Jersey Gov. Phil Murphy, a Democrat, found himself trying to fend off a shockingly tough challenge from Republican Jack Ciattarelli.

“How did a 10-point Biden win in Virginia evaporate in one year?” Rep. Gerry Connolly, D-Va., said of former governor Terry McAuliffe’s failed effort to recapture the state’s top office. “There are lots of threads that have to be examined to get us prepared for next year.”

On Tuesday night, Democrats offered up a long list of factors for Republicans’ success. They include Biden’s flagging approval ratings, a rusty last hurrah for McAuliffe that focused on former President Donald Trump, infighting that has stalled their agenda in Congress and their inability to counter Republican attacks on mask mandates and critical race theory.

But few of them touched on voters’ fears about inflation, which Democratic leaders in Congress insist won’t be accelerated by their plans to inject an additional $3 trillion into the economy over the next decade.

Instead, the results immediately reinforced an ideological schism between the party’s moderate and progressive wings, which are tussling for influence as the twin pillars of Biden’s domestic agenda — a $1.2 trillion bipartisan infrastructure bill and a $1.75 trillion climate-change and social-spending measure — languish on Capitol Hill.

“More Virginians would have voted Democratic if they had child care and if Democrats had accomplished what we promised for years: lower-price prescriptions, paid family leave, long-term care for the elderly, and vision and dental care paid for by taxing billionaires,” the Progressive Change Campaign Committee said in a statement. “Terry McAuliffe sadly can blame his loss on a few corporate-aligned obstructionist Democrats who blocked bold action in Congress, plus his own reliance on backward-looking Trump messaging.”

But a senior aide to a moderate House member said that progressives’ efforts to hold up the infrastructure bill as a means of gaining leverage on the contents of the social-spending measure hurt Democrats.

“Swing voters have long expressed concern that President Biden, while they like him personally, would not be able to stand up to the out-of-touch elements of the progressive wing of his own party,” the aide said. “His failure to deliver on something as simple as infrastructure was a proof point on swing voters’ worst fears about the Biden presidency.”

For Republicans, the results amount to a rejection of Democratic leadership at the national and state levels. They say they now have battle-tested models for turning blue turf red.

“Youngkin’s victory in Virginia should serve as a wake-up call to Democrats everywhere that an epic wave is on the way,” said John Ashbrook, a former aide to Senate Minority Leader Mitch McConnell, R-Ky. “Voters are clearly dissatisfied with the direction our country is headed and they’re prepared to exercise their right to change it.”

Trump reveled in Youngkin’s win — even though he was not invited into the state to campaign for the Republican nominee — and fired off a barrage of statements praising himself and castigating Democrats.

“It is looking like Terry McAuliffe’s campaign against a certain person named ‘Trump’ has very much helped Glenn Youngkin,” he said. “All McAuliffe did was talk Trump, Trump, Trump and he lost!”

And Brad Parscale, the one-time Trump campaign manager, predicted that “Republicans will take back the House” because Democrats “lack a fundamental understanding of American values.”

The biggest risk for Democrats is misreading the political moment and failing to adjust to it before voters go to the polls all across the country next year. They are paying attention to the wrong indicators, according to former Republican congressman David Jolly, who left the party after departing Congress.

“I mean this respectfully, but there is a lot of deliberate ignorance tonight,” the former Florida lawmaker said in a text message. “Inflation is up, congressional Democrats are in disarray, COVID is ping-ponging and the Taliban is back. Maybe this was not just about the GOP’s message on critical race theory and culture wars.”